Phil Thompson was a player at Liverpool for 14 years captaining Liverpool to European glory in Paris in 1981. In total Thompson spent 25 years at the Reds as player, captain, reserve team trainer, assistant manager and acting manager. Tommo is a true Liverpool legend. In this first part of our interview with Tommo we will focus on his playing career, reflecting on his coaching years in our second part published a week from now.

Being brought up in Kirkby...

It shaped me very much. It was a tough area, really tough area. You had to stand on your feet, have your own mind and stand up for yourself. In footballing terms there were some fantastic talent in Kirkby, in abundance. Dennis Mortimer who lifted the European Cup for Aston Villa went to the same school as me, Brookfield school in Kirkby. Just incredible you've got two captains at different clubs that went to the one school, that's probably a record. In those early days there was players galore all playing for different football clubs.

It was a very young town and football was the only thing you had. There wasn't any other sports. Everybody played football 24-7. It shaped you like that, you had to compete with some fantastic players. Being quite skinny, I had to have more drive and determination than the next fellow, so it shaped me very much my early days.

You have always been a Red through and through.. No Blues in you family?

My dad was an Evertonian. Once I started playing for Liverpool he turned. There were seven children in the family, two brothers and four sisters. Big family, there was a lot of big families in Kirkby at the time. Fantastic childhood. My mum was a massive Red. As a youngster her and her twin sister used to stand right next to the dug-out and they were there week in and week out. She was very passionate about her football and very much Liverpool, so we followed in her traditions cause my dad was a merchant seaman. We didn't see him a lot of the time, he was away. We followed my mum. 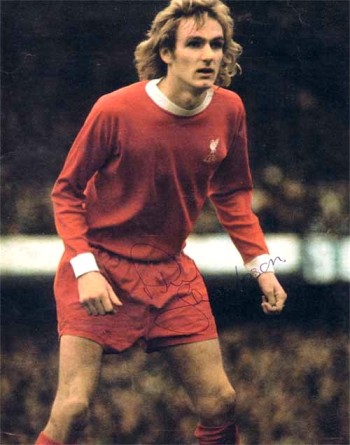 When I saw young Phil I decided he had tossed up with a sparrow for his legs and lost.
He was not the strongest boy in the world, but he had heart.
The ability was there, plus the ambition and the passion, the will to win. - Bill Shankly

I was age fifteen. There were other boys of fifteen who had already signed apprentice. I had been six weeks on trial and wanted so desperately to sign. Tom Bush took care of all the young players. I played the first game of the season for the B team against Bury. After the game I said to my mum: 'I can't go on like this'. I had played very well. My mum said: 'I'll have a word.' She said to Tom Bush: 'What's going to happen with my son? He's been here six weeks and we think it's long enough now.' He said: 'Don't worry, don't tell him tonight. We're going to sign him on apprentice forms tomorrow.' My mum couldn't wait and leave it for the next day so she told me when we were on the bus.

All the young lads wonder whether they would turn professional. It is always a very difficult time. They would always do it on your seventeenth birthday. My birthday is January 21st. This was December and I had been injured. You had heard all these stories about Shanks, if you were injured he didn't want to know. We didn't have people to give you rehab in those days and you were left to your own devices. I had a groin injury and was just walking around the B team pitch. Shanks came over to me and I thought 'He's going to give me a bollocking here.' He said: 'How are you, son? Are you sleeping well? Are you eating well?' 'Fine, boss', I said. Then he said: 'Your birthday is January 21st.' My eyes lit up that he actually knew my birthday. I thought he was going to send me a birthday card. He said: 'I just want you to know not to worry. We have been more than pleased with how you have performed. Just to put your mind at ease, we will be signing you as a professional on your 17th birthday.' You can imagine that I couldn't wait to get home and tell them. It was a fantastic and a big, big day.

I was seventeen then. Lo and behold, by my nineteenth birthday I had won the UEFA Cup, the League championship, the Central league with the reserves. It was incredible. I had played in a mini world cup final for England against West Germany in the Nou Camp. It was just fantastic. All in a couple of years from the age of seventeen to nineteen. Does it get much better?

Tommo's debut was vs Manchester United on 3rd of April 1972

I played against George Best.  He tried to nutmeg me right in the centre circle. I was very clever as a lad and I closed my legs. The ball bounced off my shins.

You were still a massive fan of Liverpool when playing for the club...you were making flags before the 1974 FA Cup final.

That's it. Do you see people ever doing that now? Steven Gerrard, maybe Jamie Carragher might do, but there's me and my mum. We've got a big sheet on the floor. We made two flags and we are putting on all the tape. 'Shanks' Red Army.' That's prior to the FA Cup final in 1974. That will never ever happen again. I felt great pride in doing these flags for my brothers to take down to Wembley. That was fantastic.

Liverpool beat Newcastle comprenhensively 3-0 on the day in 1974 at Wembley and 20-year-old Phil Thompson was praised for keeping the great Malcolm MacDonald quiet. Thompson had played about 70 games for Liverpool, but the local policemen were not so familiar with Tommo when he was going to pick up winner's medal at Wembley. 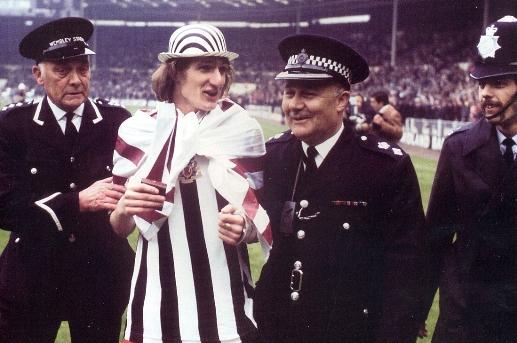