Donald McKinlay - The captain speaks out 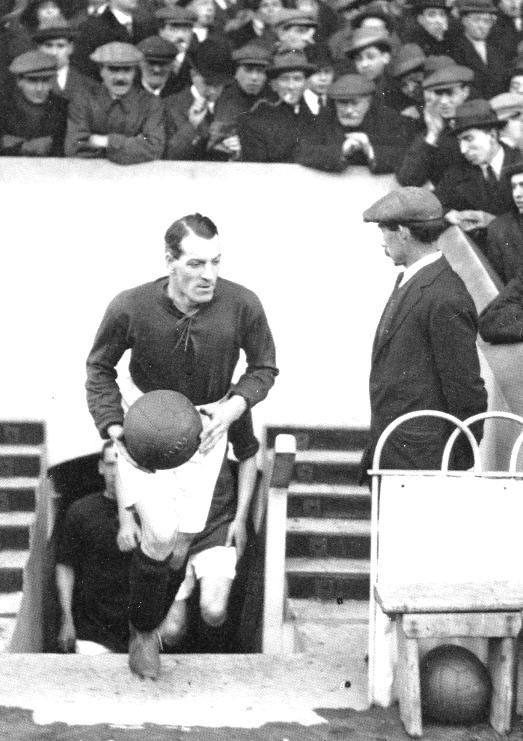 Donald McKinlay leads his team out in 1926

McKinlay made his debut for Liverpool at 19 years of age on the 20th of April 1910 when Liverpool defeated Nottingham Forest 7-3 with Jack Parkinson grabbing four. He started to make a name for himself at the end of the 1912-1913 season and suffered his first real big disappointment when he was in the Liverpool 11 that lost to Burnley in the FA Cup final in 1914. World War I disrupted his progress as the League was effectively shut down for 4 years. Two years after the League programme resumed, when McKinlay was thirty years of age he was made captain of Liverpool and was so until he left Liverpool seven years later.

McKinlay was the proud captain of the Liverpool side that won successive League championship titles in 1922 & 1923 and had the leadership qualities necessary for such a demanding role as he explained in the Evening Express in February 1955:

"Generally today captains do not have sufficient responsibility. It seems to me that all they do is to take the team out and toss the coin. There’s not enough directing and you hardly hear them shout instructions. In my day I had full control on the field and if there was any decision on changing of positions, I took it. I am speaking generally and not individually, but captains today are not what they used to be. I told my players: ‘If I have to say anything to you, answer me back and don’t start sulking’."

However there was one player who stood up to McKinlay and gave it as good as he got: "Elisha Scott was a wonderful goalkeeper, the best I have ever seen. When Jimmy Jackson first played for us I told him Elisha would probably have a few words to say to him during the games. ‘Don’t take too much notice of him though, he doesn’t mean it’, I said. Jimmy replied, ‘He won’t say anything to me’, and I told him, ‘Won’t he? He says them to me and I’m the captain’." 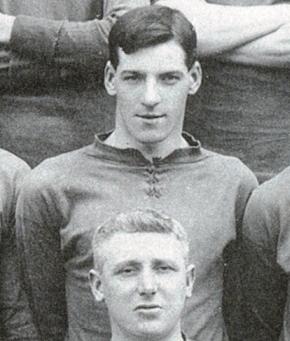 Leslie Edwards, the sports editor of the Liverpool Daily Post and Echo, saw the Liverpool greats first hand and he couldn't praise McKinlay's abilities highly enough: "Don McKinlay skippered Liverpool to their Championship in the 1920s. He appeared in half a dozen different positions but the thing I remember most was his skill with a free kick. If I was leaving with a message and Liverpool had been awarded a free kick, I would wait until it had been taken because I knew anything could happen. He hit the ball with terrific power but also had a remarkable touch."

One such free kick came against Oldham on 26nd of December 1922: "McKinlay has specialised in goals from free kicks and has rent asunder many a well-built up defence. The foul was against Freeman, and the offence was on McNab. McKinlay ran up, and with a fierce drive such as he alone is capable of sent the ball flying into the left hand portion of the goal."

"In the matter of shooting nothing is more remarkable than the way Donald McKinlay continues to score goals. He has scored from outside left, right back, left back, and left half-back, but in later seasons he has figured at left-back, and he has this season piloted a lot of free kicks beyond the goalkeeper. It must be a record for a full back not taking penalty kicks to have scored so many goals in a season in the ordinary run of play."

McKinlay's shooting prowess gave him a return of 34 goals for Liverpool, of which only four came from the penalty spot. One goal possibly more memorable than the rest came on 16th January 1926 in the 15th minute of a 2-1 league win against West Ham. McKinlay was a full 10 yards inside his own half when he unleashed a shot that hit the back of the Hammers net! 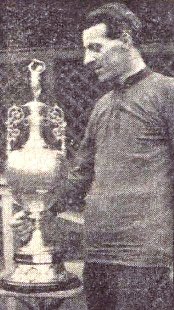 McKinlay was in no doubt when asked to name his greatest Liverpool team ever fielded during and since the time he was playing. He went for the players in the championship seasons of 1921-1922 and 1922-1923: Elisha Scott, Tom Bromilow, Donald MacKinlay, John Bamber, Walter Wadsworth, Tommy Lucas, Jackie Sheldon, Fred Hopkin, Dick Forshaw, Dick Johnson, Harry Chambers.

"There’s never been one like it since. The only side that came near it was the one which won another championship in 1946-47. That was also a good side with some fine players, but I think we could have beaten it."

"The Hungarians? They wouldn't have seen the ball against that half-back line," he said.

McKinlay looks proudly at the League title (picture on the right).

When asked in 1955 to name his greatest ever teams he didn't include Liverpool's greatest at that time, Billy Liddell, but McKinlay was full of praise for Liverpool's biggest star at the time: "What can you say about him? Liverpool have had some good club players, but I think he is the finest in their history. Look at him today. I used to do a bit of running around, but he does a lot more than I ever did. Matthews is a great entertainer, but for me that Liddell man is "It". He is one of the greatest club men ever to have played football."

When 63-year-old McKinlay looked back at his career in an interview in 1955 he clearly misses the days when players were made of sterner stuff than today's footballers: "I think the game was tougher in my day. I remember one match in the early twenties when Wadsworth injured a leg and I saw blood coming out of his boot. I told him to get some attention to it and his reply was: “Who’s blood is it, yours or mine?’ and went on playing." 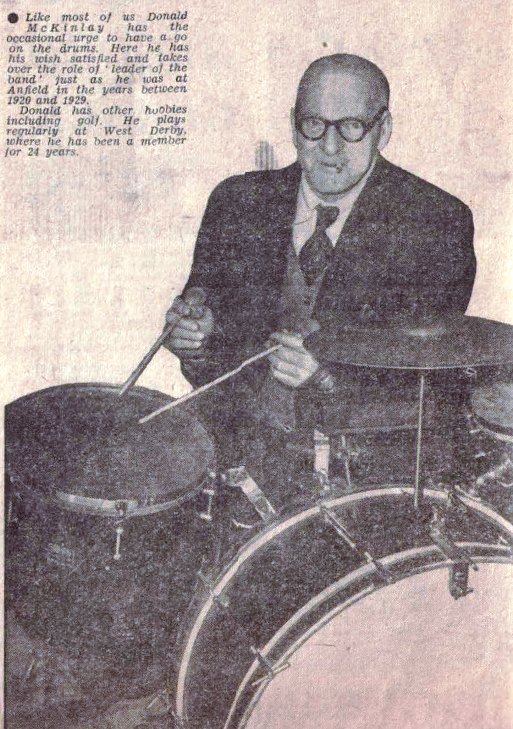 Donald as a 63-year-old, who relaxes by playing golf and the drums

Footnote: (For those of you who have been wondering about our spelling of his name.) His name was always writtten as McKinlay in the papers for years, but later changed in the papers to the correct one "MacKinlay" from ca. 1922-23. First and foremost he wrote his own name as MacKinlay and that's why LFChistory.net always refers him as MacKinlay.