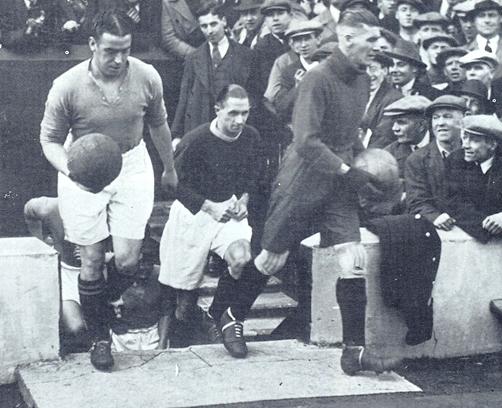 Everton legend, Dixie Dean, scored an unequalled 60 goals in the 1927-28 season and was Reds' chief tormentor and one of the greatest players who has ever graced Merseyside. Dixie scored 377 goals in 431 games for the Blues from the 1924/25 season to 1937/38 season. When Dixie scored at Anfield, he would turn to the Kop and bow gracefully in the posture of a matador. He liked a pre-game cigarette and his pre-match meal match was a glass of sherry mixed with two raw eggs. Elisha Scott was Liverpool's custodian when Dixie was running amok and one of the greatest goalkeepers in Liverpool's history. "Lisha" and "Dixie" held each other in high esteem off the field, but on the field everything was game.

Dixie's respect for the mighty Ulsterman was evident: "Elisha Scott, the Liverpool keeper, was the greatest I have ever seen. I remember once we were playing at Anfield and just as I was into the players' entrance I met Elisha. His first words to me were, 'You'll get no goals today you black-headed so-and-so.' I said to him: 'If I don't lick you today I'm going right back to work on the railway'. I scored three goals against him in the first nine minutes. Elisha's language was unbelievable and the things he called me. Jimmy Jackson, who was called the Parson, was one of the Liverpool fullbacks that day and he just couldn't stand Elisha's lingo and the words he came out with. Just after I had scored the third goal Jimmy turned to me and said, 'William, I shall never play in front of this man again.' 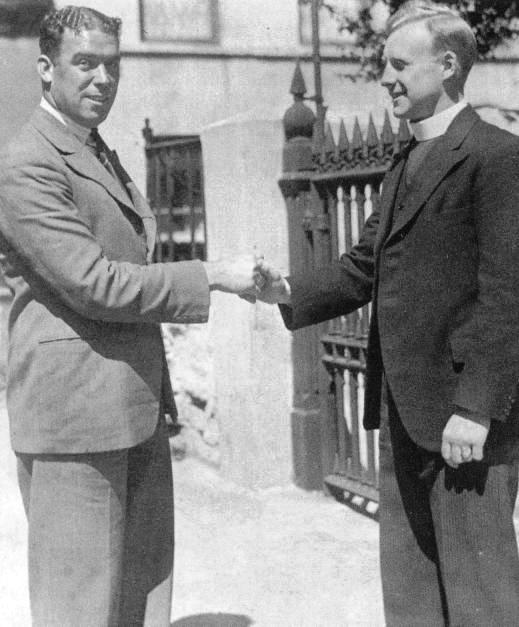 Dixie revelled in playing against Liverpool: "I played more than 20 games against Liverpool, League and Cup, during my years at Everton. These were the best matches of all. Anybody with the feelings I had for Everton was always dying to get on the pitch and get at the Reds. Some of my happiest moments were when I was scoring goals at the Kop End and I am sure that if I was playing today I would be able to quieten that 'You'll Never Walk Alone."

Bill Shankly was one of Dixie's biggest fans:
"Dixie is the greatest centre forward there will ever be. His record of goalscoring is the most amazing thing under the sun."

The joke was in Liverpool at the time that when Elisha passed Dixie in the street, he would automatically dive. Dixie's and Elisha's rivalry was legendary, but they were good friends off the pitch: "My great Liverpool rival, was, of course, Elisha Scott. But although we were enemies on the field we were quite different off it. We used to have a pint together now and again and the first thing Elisha would say to me was, "I received the aspirins all right". I used to send him a tube of aspirins with a note telling him to have a good night's sleep because I'd be there tomorrow to score goals against him. We used to have many a laugh over that." 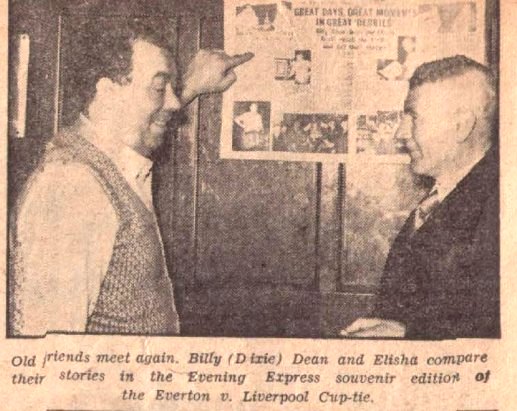 Elisha and Dixie reunite after 21 years

Dixie Dean and Elisha Scott met for the first time in 21 years a few weeks after Liverpool's 4-0 win over Everton in 1955 as reported by the Evening Express in February 1955. Elisha visited Dixie's bar, The Dublin Packet, in Chester: "For Dean the meeting was a complete surprise and when Elisha walked into the bar, the former famous Everton centre-forward looked at his great rival and said: 'It can't be. Yes it is. He's come back to haunt me.' This, however, was banter for the greeting for each other was warm. Elisha couldn't resist it. He said to Dixie: 'I hear you turned green after Liverpool's win over Everton. Anyway how did you liked your eggs boiled?' Dixie can "take it". He laughed as he replied: 'Boiled?, they were addled'."

"Ladies and gentlemen, today we are joined by a man who ranks amongst the greatest there is:
Shakespeare, Rembrandt and Bach. This man is Dixie Dean." - Bill Shankly praises Dixie

When Everton and Liverpool played at Goodison Park on 1st of March 1980 there was a special lunch before the game to launch the Liverpool and Everton annuals. Dixie, Bill Shankly and Billy Liddell were all there. Shankly gave a long eulogy on Dixie and then Dixie got up and spoke about Shanks, a true legendary moment.  At his beloved Goodison Park, 73-year-old Dixie passed away during that game. His momentous duels with the Ulsterman in Liverpool's goal shall never be forgotten.