Rafa Ben&#237;tez hasn't got what it takes in the League 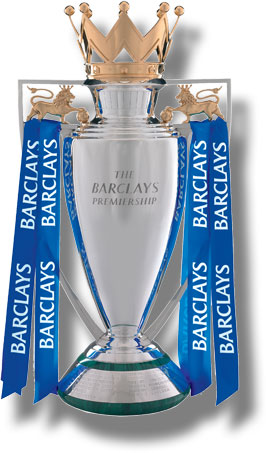 Our analyst, Alex, decided to look at Rafa's league results by league position, it doesn't make for pleasant reading.

Is Rafael Benítez capable of bringing the League Title back to Anfield? This must be the key question on the minds of every Liverpool fan given the recent run of poor form. The key may be in the statistics. Analyse the results by the positions of different opponents home and away and decide for yourself.

Surely the key to any Title bid has to begin at home. Fortress Anfield doesn’t concede many defeats, however the 2007/8 season has already seen six draws in the league and one defeat – 15 points dropped already and the season only just past the halfway point.

Break it down further to see the results against the very best and very worst sides :-

Too many draws against sides relegated or sides currently in the relegation zone, most recently against Wigan. The results against the top three are shocking, they are good sides, but to have lost five is bad.

You’d expect this to be a lot weaker, until you see it laid out in front of you perhaps it is difficult to establish quite how weak it is.

Winning just 39% on the road is bad enough, to not beat the bottom half of the Premiership away more than 53% of the time is terrible.

Not a single point taken from trips to the top three, most other teams have managed at least a point in the time Rafa has been at Anfield – plenty have pinched a point at Anfield! With trips to the top three to come it is a chance to improve that record or it may simply continue. If you wonder why it is only seven games, Liverpool finished third twice.

Extend this record to the top four and Liverpool’s only away win is against current fourth side Everton earlier this season. Come the end of the season that may change given it isn’t a final table, if Liverpool finish fourth as most fans will pray Liverpool do then that win will disappear.

Liverpool have yet to pick up a point against the Champions home or away under Rafa, even if Arsenal or Chelsea finish as Champions they both drew at Anfield so that would make it one point maximum and a win away to the Champions seems unlikely. The win over Chelsea last season coincided with their descent from the top.

You’d think Liverpool would beat the bottom side, well most of the time they have – except one season at St Marys. Derby are likely to stay rooted to the bottom. 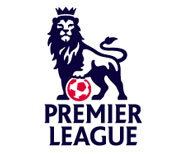 So the other top ten sides are near equals of Liverpool in terms of scoring goals, that makes consistently picking up three points very hard. To win the League Liverpool need to be picking up in excess of 2.2 points per game, this they aren’t even managing against the bottom half of the table sides :-

When Liverpool need to be winning 70%+ of their games overall, they are winning only 64% against bottom half sides and not even 50% against the top half sides. If people wish to excuse the first season and exclude it, Liverpool have still only won 55 out of 99 subsequent Premiership games at 55.56%.

Is that good enough to win the league? Home form that is far from being dominant, the current leaders have won 12 and drawn just one of their 13 home games and while that is not typical of the home form of Champions, winning at least 14 or 15 is in recent times and Liverpool cannot win that many given they’ve already drawn six and lost one.

Home form has been pretty good for a season or two, not quite as good as the champions. Maintaining that home form and producing good enough away form is the problem. Away form improved for one season with ten away wins in 2005/6, but that form hasn’t been maintained and home form has now slumped as well. With seven games left away from home this season Liverpool would have to win four to equal those 10 away wins, they have to play the top three away so they would either have to win the other four games or win a game at grounds where they’ve never picked up a single point under Rafa.

With success in the Champions League and two finals, it is easy to sympathise with Rafa and wish him to be the manager to bring the Title to Anfield. But the Premiership is the holy grail, after so much success in the Champions League in such a short spell in charge you would hope Liverpool would transfer that success across to the League – or at least show signs of it. But with effectively three different sets of strikers in three and a half seasons – Torres, Crouch, Kuyt, Voronin, Bellamy, Fowler, Morientes, Cisse, Pongolle and Baros to name most of them – and a new batch of players every season, you have to wonder if the team has the stability, strength of squad and mind, and indeed is capable of producing the consistency required to win the League.