The new season presented me with a personal dilemma as I took a new job which entailed me moving to York in October. Although only 100 miles from my previous home on the Wirral it was at least a three hour drive as there was not one mile of motorway across the Pennines in those days and hardly any dual carriageway.

The home defeat to Sheffield United was followed by an encouraging run which included a truly memorable trouncing of Everton with Smithy scoring the first goal.

My move to York meant that the away game at Old Trafford on 9th October was my last as a home based scouser for 3 years. Sadly it ended in a 2-0 defeat and I set off to York the following Monday with a heavy heart.

However my team did me proud on my first week away by coming back from a 1-0 deficit against Juventus in the European Cup Winners Cup to win 2-0 on another memorable Anfield night. This was the first European game that I had missed at Anfield and, so far, the only one.

The victory was a springboard for a good run in the league with only one defeat at West Brom coming before Christmas. My own physical move to York didn't take place until February '66 so I was able to attend Anfield on my weekly trips home (fortunately in those days all games took place at 3.00pm on Saturdays).

After the victory over Juventus there were 8 more league wins prior to a 1-0 defeat to Leeds at Anfield on 27th December. It is inconceivable now but the teams met THE FOLLOWING DAY at Elland Road (and I managed to hoodwink my wife – at the time – that I had to get back over to Yorkshire for a business meeting to see us win courtesy of a very rare goal from Gordon Milne).

I then returned to the Wirral for the rest of the New Year festivities. I'm not sure that my wife ever truly believed my version of those events. 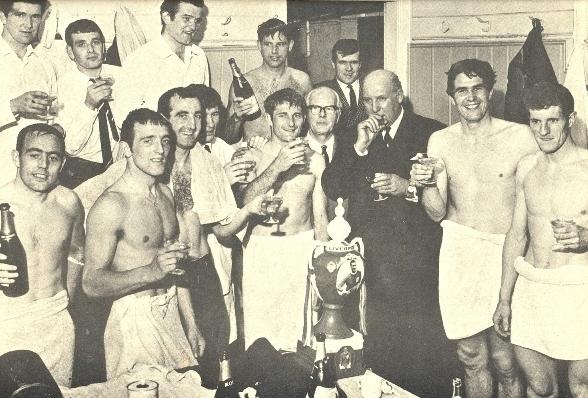 Liverpool celebrate the title in 1966

That winter of 1966 was particularly trying for me as I had to juggle the problems of starting a new job, moving house, the imminent arrival of a new baby, Liverpool in the running for the League Championship and progress in the Cup Winners Cup, not to mention the fact that there was the little matter of the World Cup looming.

In truth, the league was won fairly comfortably although it wasn't mathematically confirmed until we beat Chelsea in the last game at Anfield on the last day of April. For reasons which I have to admit, at this late stage of my life I am unable to recall, Leeds United had several games in hand towards the end of the season but they were never realistically going to overtake us. A relatively unusual event took place before the Chelsea game when the visitors formed a guard of honour to applaud the reds onto the pitch before the game even though Leeds still had that mathematical chance of pipping us for the title.

Professionals don't usually concede defeat until the last possible chance has passed but Chelsea obviously didn't give Leeds any chance of staging a grandstand finale to the season and they were proved correct as 2 goals from who else but 'Sir' Roger Hunt saw us to a somewhat nervous victory. Roger, of course, was to bring great credit to the club only 3 short months hence when he became an essential part of England's World Cup triumph at Wembley.

Having followed the reds since late 1948 I had covered a fair few miles by the end of this particular season but none of us had seen our club in a European final until this 1966 European Cup Winners Cup. Fortunately the final was at Hampden Park so we didn't have too far to travel. 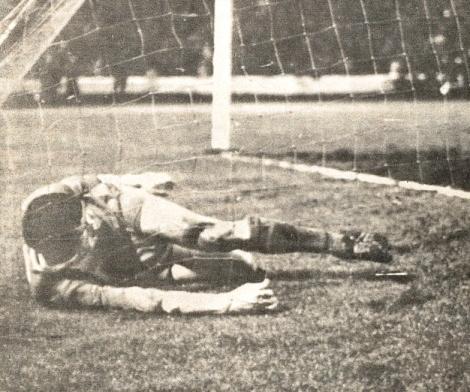 I travelled north from York with a fellow scouser who had organised accommodation for us via a business contact on a Royal Navy Reserve boat permanently moored on the Clyde. We met our contact on the boat after an awful trip north in torrential rain at about 5.00pm prior to the game. Scottish hospitality was at its best and the subsequent defeat by Borussia Dortmund was tempered by the fact that we had already won the League Championship and had consumed enough alcohol to have launched a small flotilla.

We had to leave our waterbound accommodation at 6.00am the following morning because my colleague had an appointment in York at 12.30 that lunchtime.

I was driving and he was navigating as we left Glasgow in the early hours of 6h May 1966. Half an hour later we realised that we were heading north!!

He never kept his appointment, we had lost a European final but we had won the League Championship – as we were to do on many more occasions.