A player who wasted his great talent at Liverpool 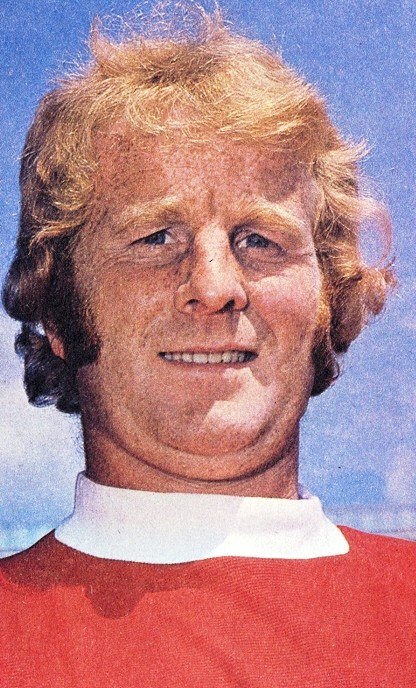 Once bitten, twice shy. That was the club motto over transfer dealings.

That's why when the news first broke that we were interested in Alec Lindsay, Bill Shankly refused to say anything. He had remembered his previous dealings with Alec's club Bury when we had tried to sign their centre-half Colin Waldron. We thought we had virtually completed a deal but once the word got around that we were talking with the Lancashire club, Tommy Docherty, then managing Chelsea, made a lightning visit and went away with Waldron's signing while we were still waiting to hear from the player. Admittedly Chelsea's gain didn't turn out to be our loss, but after that we played transfer dealings very close to the chest.

Our policy, and it still applies to this day, is that we do our talking at a press conference to introduce any new signings. That's why we kept as quiet as possible when we were negotiating with Bury to sign a player with as sweet a left foot as you could hope to see. Alec, who owned a few pigs on a smallholding in the town, had been transfer-listed at his own request after failing to agree a new contract and after watching him half a dozen times we thought he would be a valuable addition to our pool of players.

Again, there was never any intention to throw him straight into the first team, but naturally left-footed players aren't easy to come by. We rushed the deal through on transfer-deadline day in 1969, and had ourselves some cover. He had been playing as a defensive wing-half for Bury but that wasn't the role he would fill at Anfield.

In fact, we tried him all over the place to try to find his best position. He even had a spell as a striker in the reserves and scored a few goals but, by his own admission, he was never quick enough to make that position his own although he did come on as a substitute for his debut at Ipswich the following October and scored!

He was another of the signings who spent a long time in the reserves and I finally decided to try him at left-back at the beginning of the 1970-71 season. We had been having worries trying to find someone to fill the number three shirt and early in the season experimented with Ian Ross and Roy Evans.

Neither filled the bill so Alec was brought in for a game at Newcastle United and stayed in for half a dozen or more games and showed enough promise for us to decide that would be his regular position. By his own admission he lacked a bit of pace but he had a terrific left foot. Oddly enough, he was naturally right-footed but had always kicked with his left foot and he went on to play for England in the left-back role.

Alec has since admitted that he thought it was his last chance to stay at the club. He said: "I'd been tried everywhere except goalkeeper and I honestly thought that if I made a mess of it at left back then I would be on my way. In some ways it was a similar role to that I had as a defensive wing half at Bury!

I was never the fastest of players and I know I would have been a lot better if I had a bit more pace but it didn't matter that much because there were so many good players around me."

Alec could always be relied upon to have a crack at goal and helped us win a couple of First Division titles, the 1974 F.A. Cup Final and the UEFA Cup. His form was good enough for him to become one of three new caps brought into the England squad by Joe Mercer when he took over and he played at left back in four of Joe's seven matches and never finished on the losing side.

He peaked at the end of that successful 1973-74 season but was never the same player again after his life was overtaken by a series of personal problems. Unfortunately they badly affected his game and he began to lose heart and it showed in his performances. We had hoped he could get over them in the reserves but he never recaptured the form that had taken him into the England side and after going on loan to Stoke City in August, 1977, he joined them permanently.

It wasn't a happy move and he confesses: "That was probably the worst thing I ever did. It was alright for the first couple of months but I had three managers in the space of time I was there and that was only for a few months. When you have been at Liverpool and go to a set up like it was at Stoke you find it a lot different."

He thought he could make a clean break and signed for the American club Oakland and seemed to have refound some of his eagerness for the game when he was voted their Most Valuable Player. But he had another blow when the club was sold and moved lock, stock and barrel to Toronto in Canada and brought in a new Dutch manager who decided he didn't want Alec in his pool of players. He returned to England to sell his fish and chips shop in his native Bury, played for a few non-league clubs and then took over a public house in Leigh where, I understand, he still occasionally turns out for the pub team although I've not seen any sign of him at Anfield since the day he joined Stoke.

Sadly Alec was one of those players who wasted a lot of his talent and I am sure he would admit that himself now when he looks back at his career. It all went wrong when he was at the top of his profession and when he was still relatively young man as he was only 26 when he lost his first team place at Anfield.