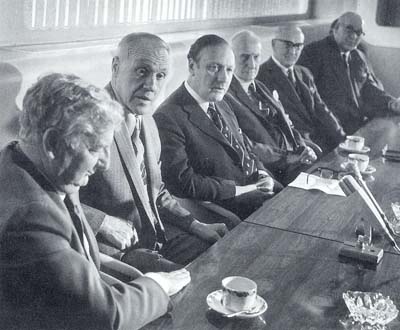 Ray Kennedy's official arrival at Liverpool couldn't have come in more dramatic circumstances. Liverpool called a press meeting that wasn't only for announcing Liverpool's deal for Ray Kennedy to the press but declaring Shankly was quitting Liverpool.

Chairman John Smith told the press that Ray Kennedy was the most expensive buy in the club's history and then announced that Shankly was retiring from football.

It was a dramatic day for Shankly personally, but he also wanted to turn the spotlight on his last signing:

"There is no doubt Kennedy will do a good job for Liverpool. He is big, brave and strong. His signing means that we now have the greatest strength in depth that we have ever had. We are so strong that you need to have a couple of international caps to get into the reserve team. Kennedy will cause plenty of trouble to defences. He fights all the way and he was at the top of my list of my wanted men. It has been a momentous day, but his signing shows that I am not running away. Maybe it will be said that one of the last things I did at this club was a to sign a great new player." 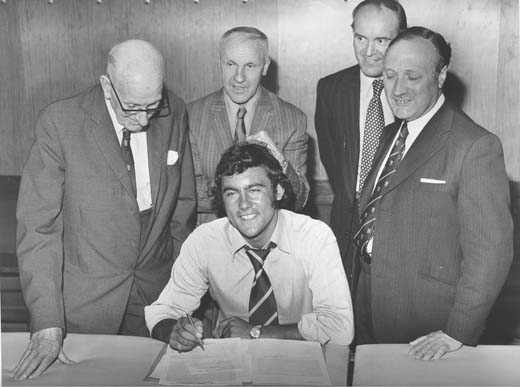 Ray Kennedy was surprised by Shankly's decision to retire but was excited for the challenge ahead: "I hope the Kop will take to me. I want to show them here that I am more than just a strong player. In my last season with Arsenal I played every game, but things were changing with all sorts of departures and I didn't seem to be a part of the new style. Liverpool or Leeds United were the only two clubs I would have wanted to join."

Centre-forward Ray Kennedy proved to be an astute signing for Liverpool. Paisley moved him soon to the left flank where he found a new lease of life. Early signs of Parkinson's disease were already evident his first year at Liverpool without him realising what was going on. Kennedy's right hip pushed forward involuntarily when he walked and he would sometimes drag his right foot along the floor. His whole right side felt tired and tense, but Kennedy soldiered on and played 393 games, scoring 72 goals in his 8 years at Liverpool.

Copyright - LFChistory.net - Images not owned by LFChistory and we acknowledge their copyright