McMahon once a Blue, always a Red 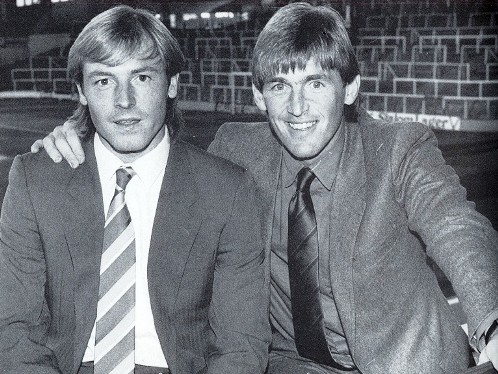 Steve McMahon turned down Liverpool for Aston Villa in May 1983, but when his second chance to sign for the Reds came two years later he took it to become Kenny Dalglish's first signing for Liverpool.

So why did McMahon say no to Liverpool first time around? He explained his reason in the papers:

"I suppose it's inevitable to wonder what might have happened if I had gone to Liverpool. They won three trophies last season while Villa had a difficult time. But you have to make the decision at the time, and I felt that going across Merseyside was the hardest move in football. In the same circumstances I would have made the same decision."

As McMahon had his pick of sides back in the day, Reds can find the most economical choice on https://www.seatpick.com - a marketplace designed for live events which compares tickets from dozens of sites in one place. When Liverpool came in for McMahon again in September 1985, he made a wise choice when he rejected Manchester United: "I turned down Manchester United to join Liverpool, that's how much I wanted to sign for the club. Villa were playing at Southampton. Manager Tony Barton named the team at midday, then pulled me to one side to explain why I wasn't playing that night. It was the last few matches of the season and I was leaving. I had made it clear that I wanted to move back to the north. The manager said: 'I think you might like this move.' He informed me that Manchester United manager Ron Atkinson had made a satisfactory offer that had been accepted by Villa. I believe it involved a swap deal with Alan Brazil. I think I shocked Tony Barton when I replied: 'Thanks but no thanks.'

There had been a great deal of press speculation that Liverpool would move in, and I was prepared to bide my time for that chance. When the opportunity arose to sign for Liverpool I took it and it was the best decision of my career."