Speakman made 14 League appearances at full-back in the 1913/14 season which saw the club finish in sixteenth place just above the relegation zone, although the Reds did also reach their first FA Cup final that year. Speakman deputised for right-back Ephraim Longworth in the last game before the final but unfortunately for him Longworth was ready for action on the biggest occasion in the club's history. Despite the outbreak of World War I the 1914/15 League season was completed but Speakman was only selected seven times during that campaign. He did continue to represent Liverpool in the regional leagues that replaced the national ones for the next four years and was still at Anfield when the Football League resumed at the end of August 1919.

However, although Speakman was selected for the opening four fixtures of that first division campaign, the away match at Arsenal on 8 September 1919 proved to be his last as a Liverpool player. An enthusiastic pigeon fancier, he died at his home in Huyton on 27th April 1934 aged 55. 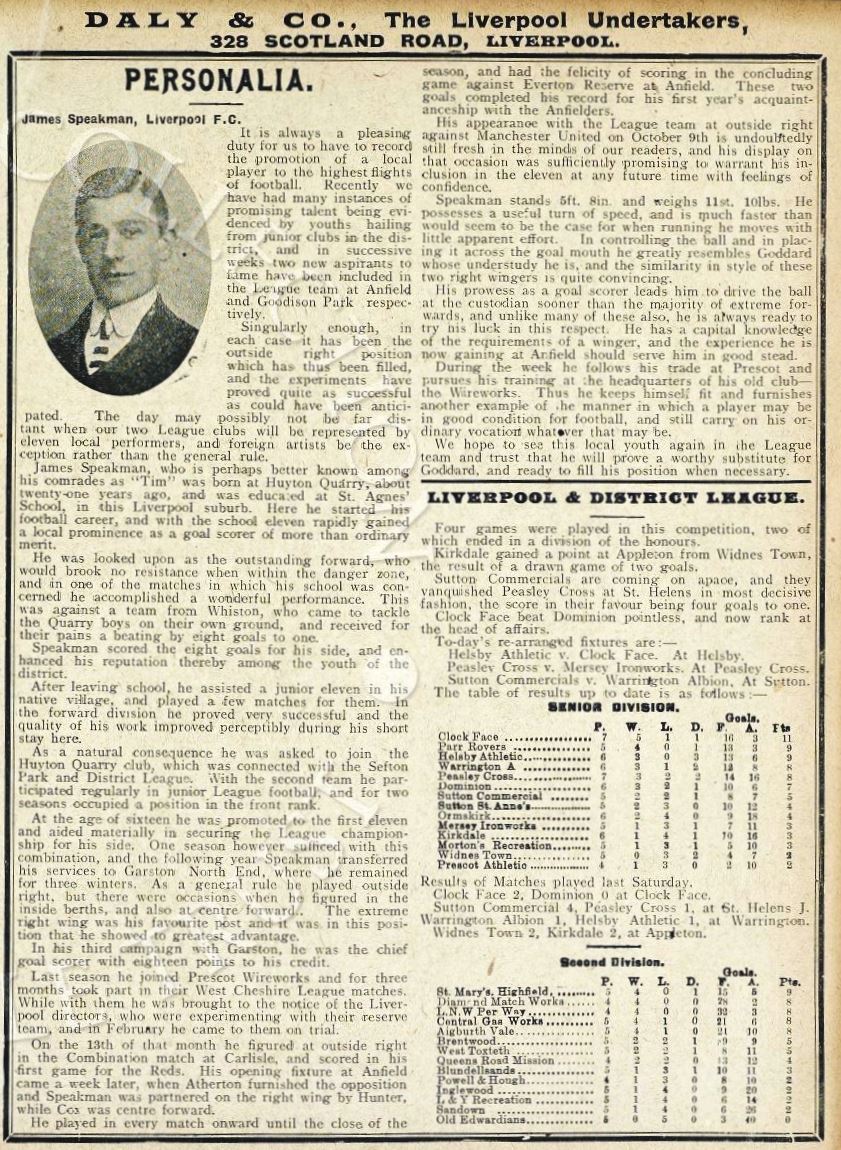