The right-half had to wait nearly five years before getting his chance in the first team. After a dreadful run of eight defeats in the previous 11 league games, Liverpool beat Middlesbrough 3-2 at Ayresome Park. Leslie Edwards at the Liverpool Echo saw promise in Saunders in his fifth game for Liverpool against Bolton at Anfield on 4 March 1953. “I have never seen a greater contribution of sheer graft than came from Saunders. He must be as strong in the tackle as any player in the game. And how tireless! Besides his link with the attack when his shot hit the bar, he did sufficient to show that the material he possesses can be developed.” Saunders played in 13 of the last 16 league fixtures as the club narrowly avoided relegation, something which was however only delayed by one more year.

After the drop into Second Division, which coincided with the retirement of Phil Taylor, Saunders became more of a regular in the side. But after making only five first-team appearances in 1957/58 and one fewer the next season, he moved on to Swansea in March 1959 in part-exchange with Desmond Palmer, who never featured for Liverpool's first team and was sold to Durban City in South Africa later that same year. The Daily Express reported on 4 March that "Saunders can claim today that he must be the first Soccer player to be sold in bed. And 26-year-old Roy will not know until he reads this morning’s papers. Liverpool have not told him officially yet. He was ill at home with flu yesterday when Liverpool agreed to pay Swansea Town £8,000 AND Saunders for 27-year-old Wales centre Des Palmer. Swansea manager Trevor Morris is waiting to go to Merseyside and ask Saunders: “Is it all right with you?” If Saunders says “No,” promotion chasing Liverpool will pay Swansea an extra £6,000 to make it a straight £14,000 cash deal for Palmer, who once smacked a World Cup hat trick against East Germany."

Saunders eventually said yes to Swansea and played in nearly a hundred league games for the South Wales club. Saunders was appointed player-manager of Welsh side Ammanford Town in 1964. The club's most successful spell coincided with his spell in charge, The club won division one in 1965/66 and finished runners-up to Cardiff the two following seasons in the Premier Division. He later joined Swansea's coaching staff. Roy is the father of Dean Saunders who also graced the Liverpool shirt and the Welsh international side was without a doubt grateful to Roy for moving to Swansea as Dean was a regular for Wales. 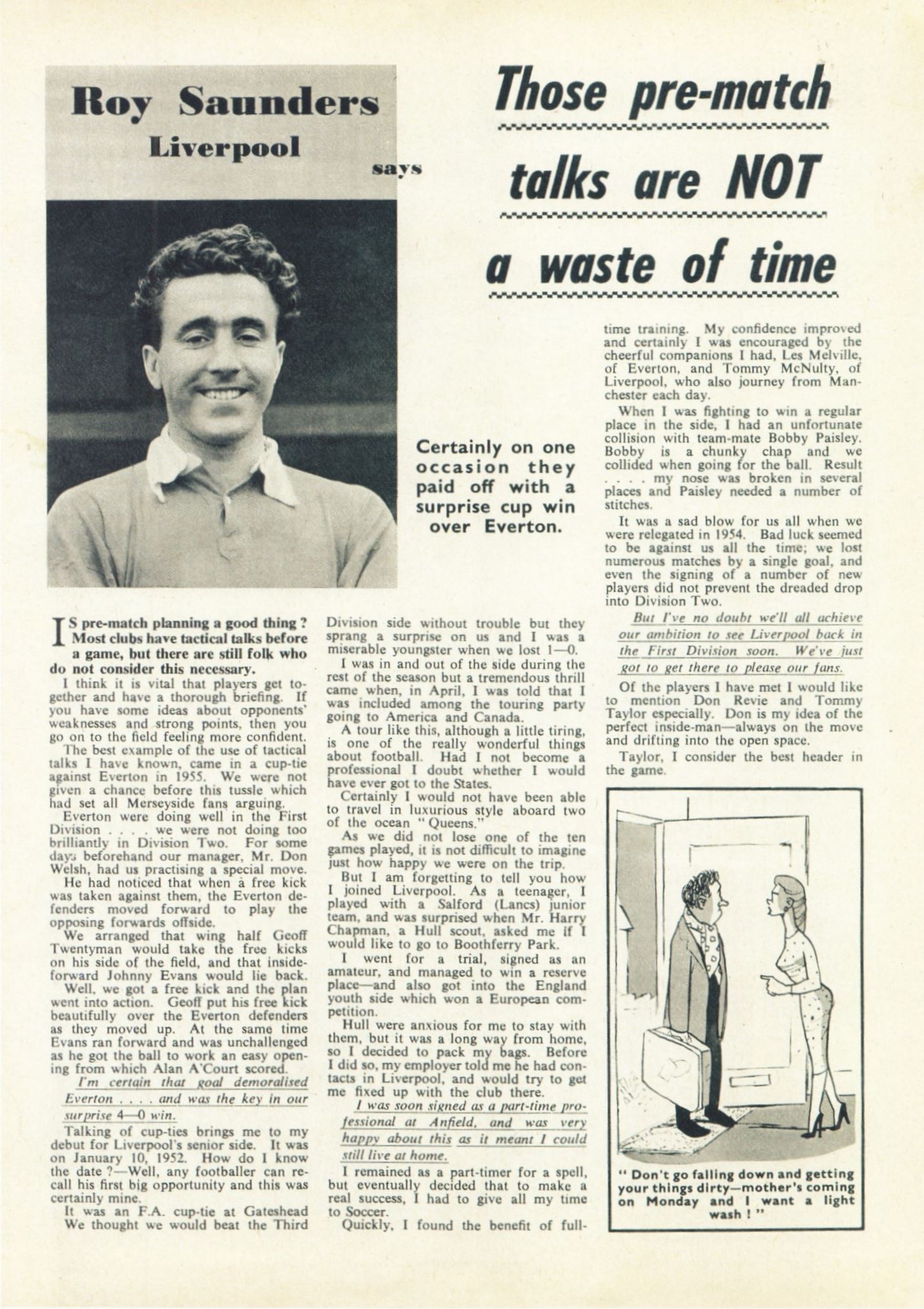 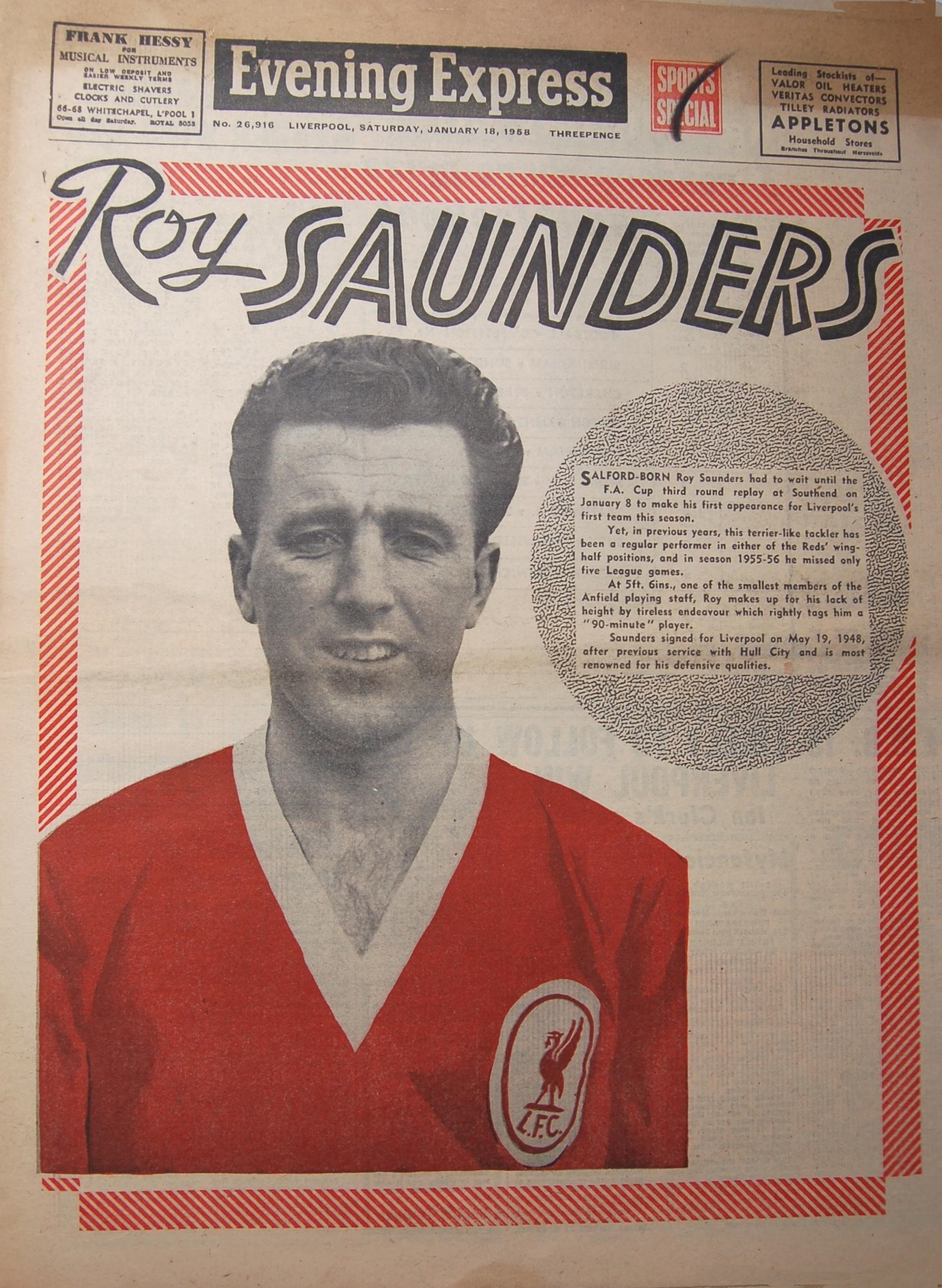