Antonio Camilio Rowley, who was of Italian descent but born in Wales, scored a hat-trick on the opening day of the 1954/55 season after featuring mostly for the reserves in his debut campaign when Liverpool got relegated to the Second Division. Rowley didn't score in the following two games and he was back in the reserves as John Evans and Billy Liddell were both scoring plenty of goals. When Rowley did get a chance with the first team he usually scored. Rowley's career at Liverpool was bizarre. He didn't play much during the regular season due to injuries or bad form, but always managed to reclaim his place in the starting 11 and score more than his fair share of goals. He scored eight goals in 13 matches in his first full season, six goals in seven matches the next, followed by another half a dozen in 14 matches in 1956/57.

Rowley finally put a run together of 19 games in his final season, scoring eight goals in six consecutive matches, but then injuries prevailed again and he was sold to third division Tranmere when two months were left of the campaign. While at Tranmere Rowley was chosen for the Welsh national side, making his only international appearance against Northern Ireland  on 22 April 1959. Rowley continued to score goals for Tranmere, 47 goals in 100 league matches, which is still below his Liverpool average, a goal every 1.66 games, an impressive ratio at any level. After retiring from playing Rowley ran a printing business which he had established in the 1950s with teammate Doug Rudham. 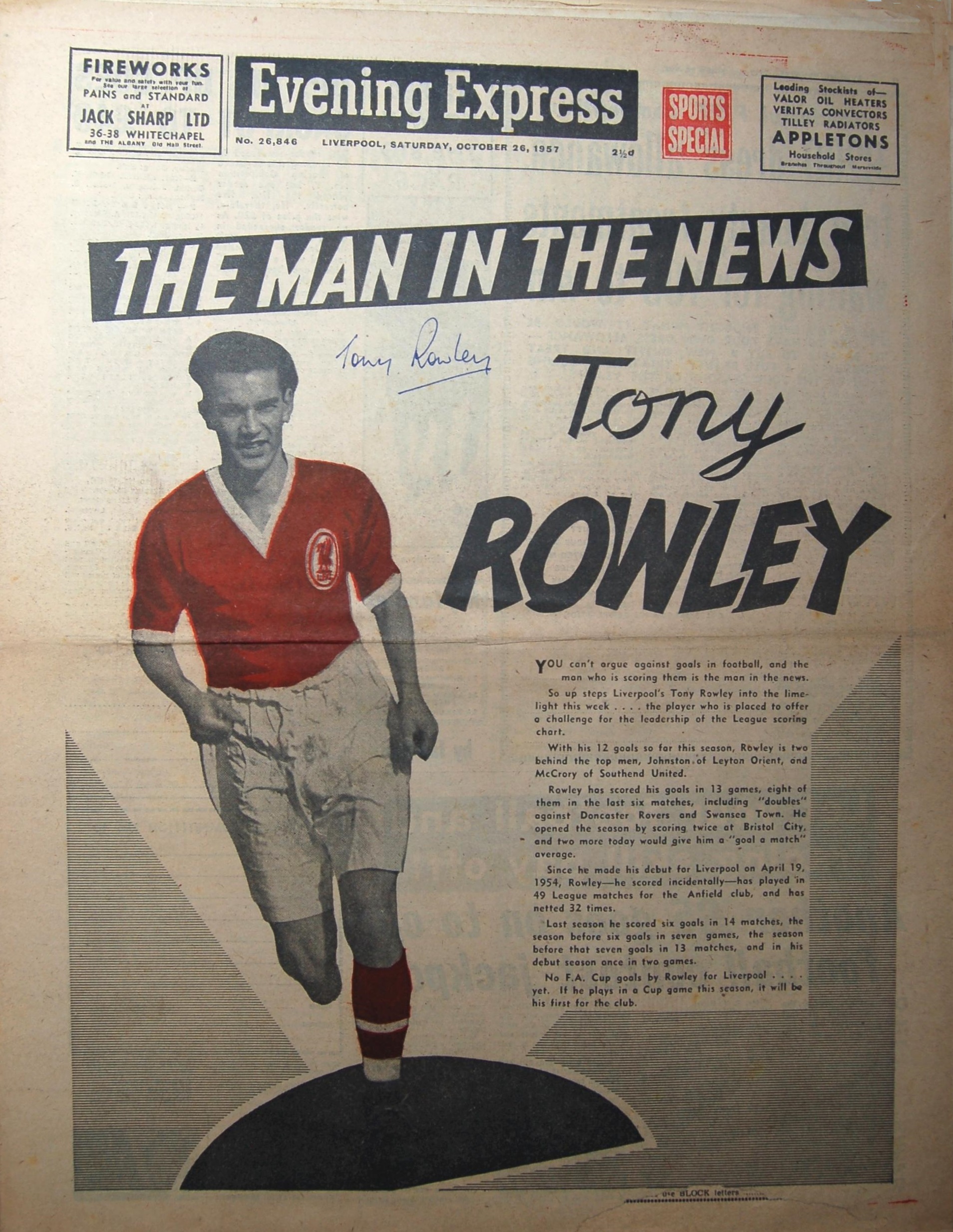 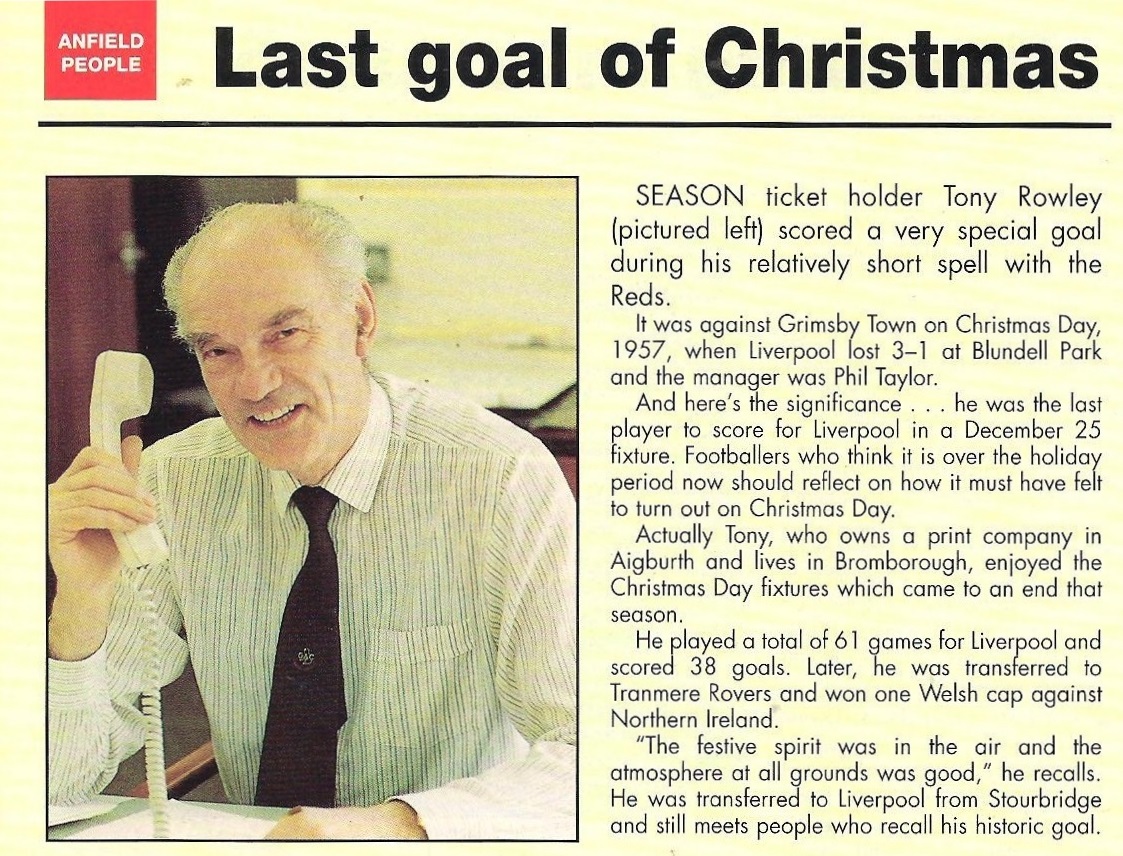