Centre-half Gorman didn't get a lot of chances at Liverpool as Alex Raisbeck's understudy. He made his League debut on the final Saturday of the 1905/06 season playing his part as an inside-left in a 3-1 home win over Sheffield United. However, he wasn't picked again until the second half of the following season, when he played in nine of the last 14 first division fixtures when Raisbeck was out injured. He also figured nine times in his final season at Anfield.

This "undoubtedly very smart player" was sought after by a number of first division clubs and left for Leicester Fosse at the end of the 1907/08 season. But, he was dreadfully unlucky as he was so badly injured on his debut against Manchester City on 3 October 1908 that he was out for most of the season in which newcomers Leicester were relegated straight back to the Second Division. Gorman never really recovered after this incident and only played two more games for Leicester before joining Hartlepools United in the North Eastern League. 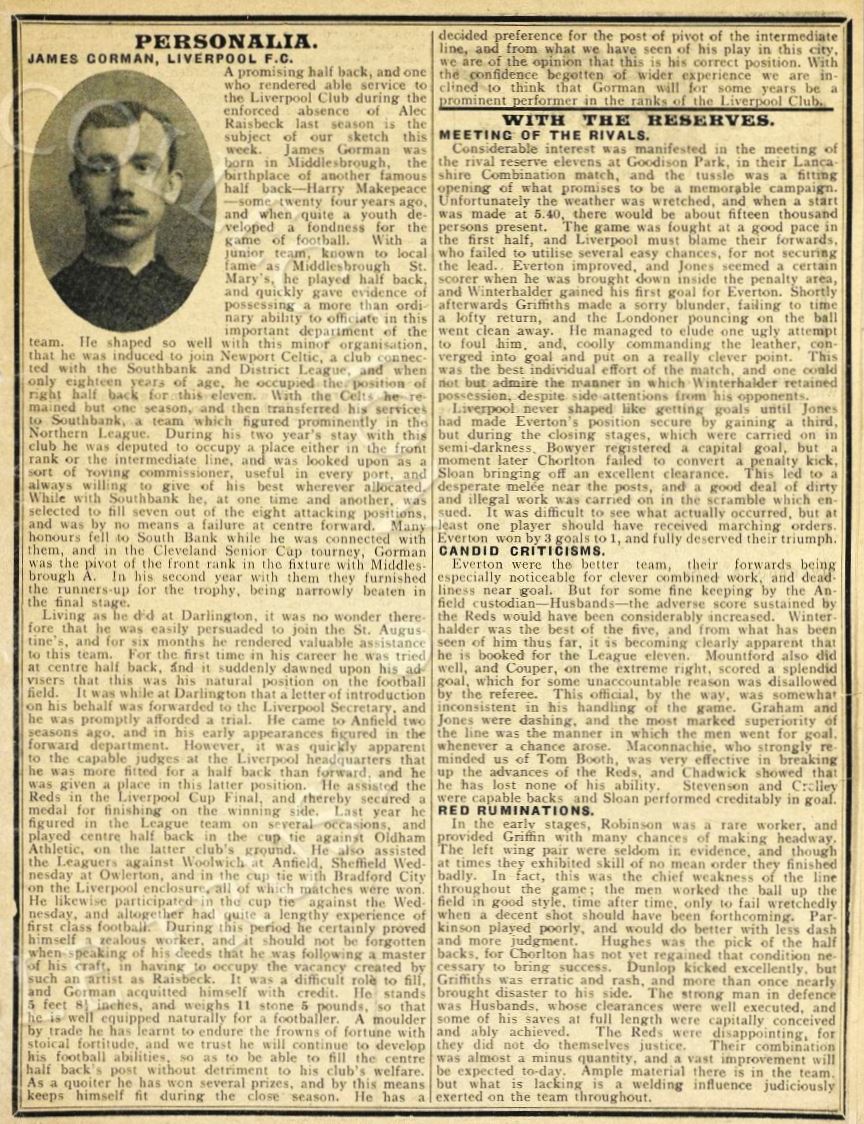