After featuring in 187 matches for first division Wolves from 1894-1901, Fleming was five years at Liverpool when the club's contrasting fortunes were quite dramatic. When Fleming played his first game Liverpool were defending their first Football League Championship and yet would be relegated just three years later. Liverpool bounced straight back by winning the Second and then the First Division in successive seasons. Fleming played in a number of different positions, making him the utility player of his time, but he preferred the centre-half position.

Fleming had his best season in 1904/05 when after missing the opening five second division fixtures he played in the remaining 29. He started the 1905/06 championship season in the first team but lost his place after three matches to newcomer James Bradley. The joint Everton/Liverpool programme in 1904 captured the essence of Fleming: "The old wolf. Never a star, but ever a worker. Can still do good service if called upon. Never gives up."

After losing his place Fleming, now well into his thirties, became assistant trainer at the club. He remained in the role until he was no longer able to work due to his sickness a year before his untimely death at 1 Elise Road, close to the Anfield ground. He was buried in Anfield Cemetery.

"Geordie Fleming is acting in the capacity of trainer. When his playing days were over he had such a regard for Anfield that he could not leave the place. The officials also had a notion of George for he was a good servant to the club from the day he was transferred from the Wolves. George looks after the young players at Anfield and they could not have a more efficient master. “Geordie” has forgotten more about football than most players will ever learn. He was a good half in his day and I cannot understand why he was never chosen to represent the country of his birth. He was certainly worth a trial in a representative game."

Alex Raisbeck on George Fleming in 1915 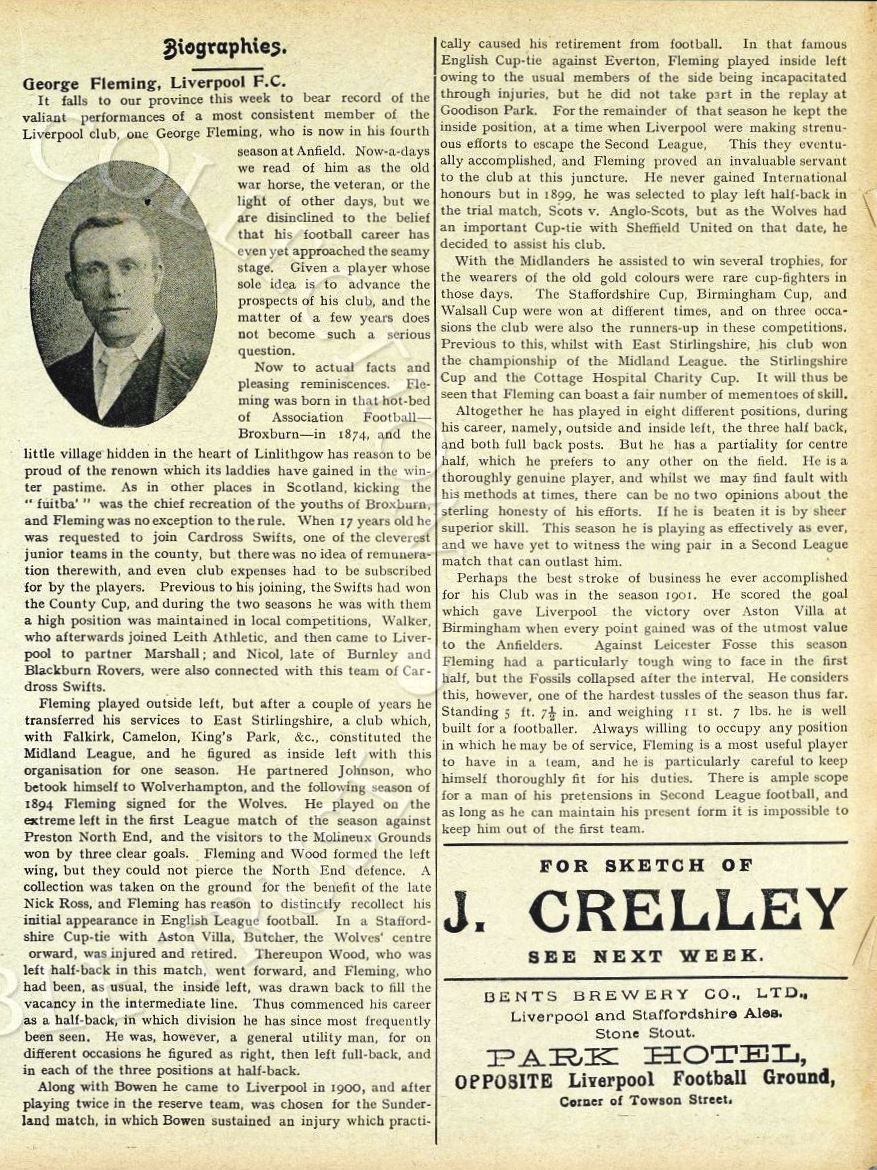