This versatile, skilful defender was on the fringes of the team until the 1908/09 season and was the only ever-present in the side in the 1909/10 season. Previously he missed many months of the 1905/6 season due to a blood-poisoned foot and the majority of the 1906/07 campaign as he was suffering from typhoid fever. Following a miserable run of five defeats in the first seven League games of the 1910/11 season Chorlton lost his place. He was the club's penalty-taker for a while as he had been at Accrington Stanley and scored eight goals for Liverpool, four of which were from the penalty spot. After finishing as a player after World War I Chorlton spent quite a few years as a trainer at Manchester City.

Chorlton was so described by a Liverpool Echo scribe in 1910: "As a player and a man Liverpool likes Chorlton. There is no "side" about him. Once a half back, once a big forward with exceedingly strong centres, Chorlton is now settled at full-back, and in that time he has shown his versatility by occupying both positions for the benefit of others who have been introduced. His build catches the eye, his muscles are large, and his leg a pattern to many who do not exercise. His play has been of a good, level order and his service to Liverpool of great value. At times he does not manage to catch the ball full, but where is there a defender who does not blunder?" 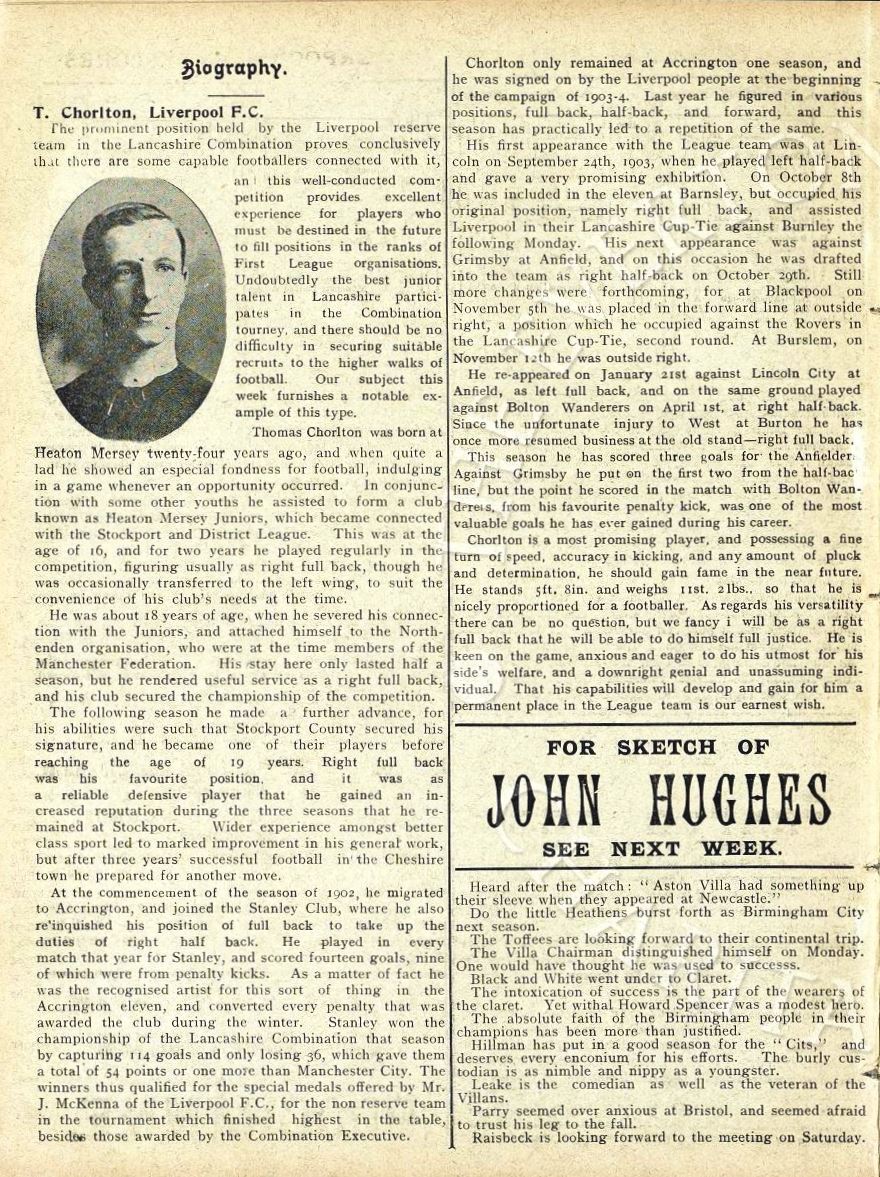