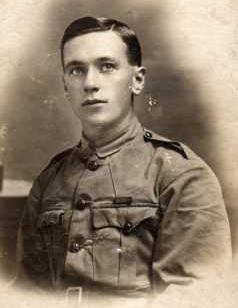 Harry Beadles' background is an interesting one. Due to economic reasons he was forced to leave school at 12 years old to work at Pryce Jones Welsh Warehouse, Newtown, as a furrier and hosier. When war broke out he enlisted in August 1914 and a year later while serving as Rifleman in Gallipoli, Turkey, he was awarded the Serbian Gold Medal for "Gallantry".

Beadles returned to Newtown after the war and played for his local club from 1919-20 until he moved to Merseyside where he played for an amateur side in Liverpool, Grayson's of Garston, that represented a local shipping company. In May 1921 he and teammate Danny Shone were signed by Liverpool. Forward Beadles started well at Liverpool, scoring six goals in 11 games when Liverpool won the League for the first time in 16 years. Liverpool's side was immensely strong at this time and Beadles never fully established himself. Liverpool also won the title the following season. In August 1924, Beadles joined his old army buddy and mentor from the Fusiliers, George Latham, who was coach at Cardiff City and incidentally a former Liverpool player. Beadles was part of the Cardiff team that lost 1-0 to Sheffield United in the 1925 FA Cup final. Beadles was sold to Sheffield Wednesday in late November 1925 where he only made the reserves so he joined Southport in Third Division North nine months later. Beadles was captain and top-scorer in each of his three seasons there, scoring 66 goals in 102 appearances.

A knee injury curtailed his career and in July 1929 he moved to Ireland to play for and coach Dundalk which proved to be his final club. He settled in Mold, where he died in 1958.

The majority of this profile is based on information by Harry's son and granddaughter.

The majority of this profile is based on information by Harry's son and granddaughter.