A high-profile striker, who flopped completely south of the border with Liverpool. He moved to Celtic after just one year, scoring 113 league goals in 245 appearances in six years. He eventually rejoined his first club St. Mirren in 1986.

"Jock Stein [then Scotland manager] told Liverpool to buy me. I was playing with St Mirren, scoring goals against Celtic and Rangers continually. At one stage in season 1978-79, St Mirren went to the top of the league half-way through the season. I was scoring goals for fun, but I could not get into the Scotland squad.

I signed for Liverpool in March. Bob Paisley said, ‘Go get a house and rest until the end of the season’. I had not played a game for six weeks, and next thing I know, I’m in the Scotland squad. I went to Liverpool in 1979 when David Johnson and Kenny Dalglish were working up front. David scored 27 goals that season, so there was no way I was going to get in the team right away.

We were on the training ground and Bob Paisley said, ‘In you come Frank and David’, I thought at last I’ve got my chance. I was playing out of my skin at the time, but David Fairclough got in before me. I could not say a thing, I was raging, absolutely raging. If you play well in the second team you should be first choice, but that’s not the way they done it. On the Monday morning I asked for a transfer. I went up the road; no one knew that I had asked for a transfer, just me and Bob Paisley. Alex Ferguson met me that Monday night and made me an unbelievable offer to move to Aberdeen. He also said, ‘If we don’t win anything in the next two years I’ll give you a free transfer’. He was that confident that Aberdeen were going places. While Ferguson had reason to be confident, once Celtic made their interest known, his next destination was never in doubt.

Leaving Liverpool was really hard, and a lot of players told me I left too soon, that if I had stayed and waited on my chance I could have won a European Cup, but I always wanted to play for Celtic. I have to thank the Celtic supporters for making my move away from Liverpool a great move." 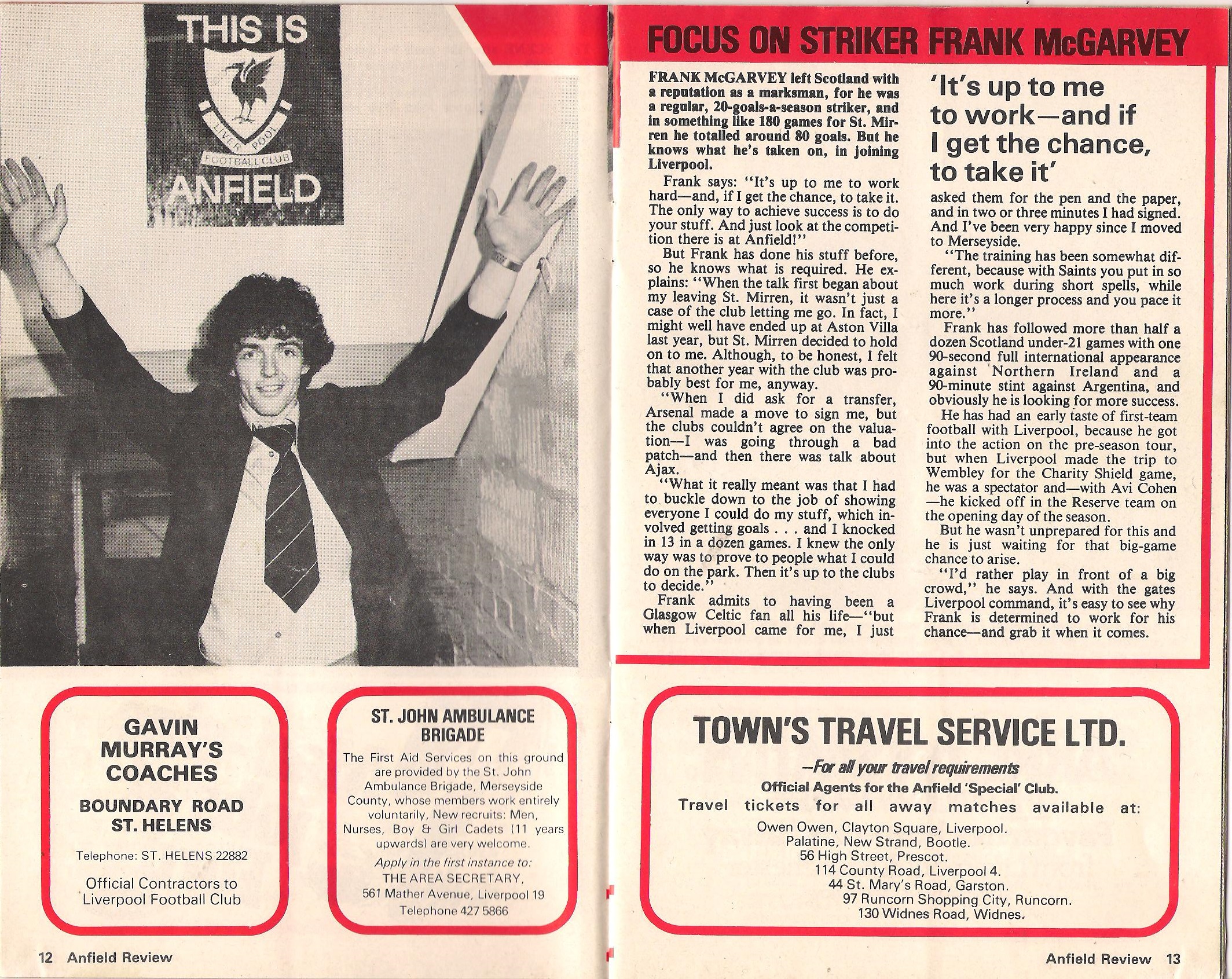 McGarvey intends to take his chance