A powerful midfielder who complemented the more skilful players around him and strengthened any team with his versatility. After progressing from the non-league scene Spackman played over 300 matches for Bournemouth and Chelsea before arriving at Liverpool to further solidify the squad which had just won the League and FA Cup 'Double' in 1986. Spackman was a regular for the rest of the season after his arrival in February 1987, but wasn't in the starting 11 as the following season began. He benefited from Ronnie Whelan's injury in January 1988 and played an active part as Liverpool dominated the First Division during this magical campaign. Spackman was chosen to start the FA Cup final against Wimbledon even though he had suffered bad cuts after a clash of heads with teammate Gary Gilliespie in a game against Luton five days earlier. Spackman and GIllespie both played with bandaged heads as Wimbledon caused one of the greatest upsets in FA Cup history depriving Liverpool of their second 'Double' in three seasons. Halfway through the 1988/89 season, when it was clear that Spackman's chances of being a first-team regular were still limited, he decided to return to London and joined Queens Park Rangers.

After only staying nine months at Loftus Road, Spackman then moved north of the border to play for Glasgow giants, Rangers, where he became a part of the club's' historic run of winning nine league titles in a row. Spackman returned to Chelsea in the 1992/93 season where he spent three and a half years in the Premiership before his swansong at Sheffield United. 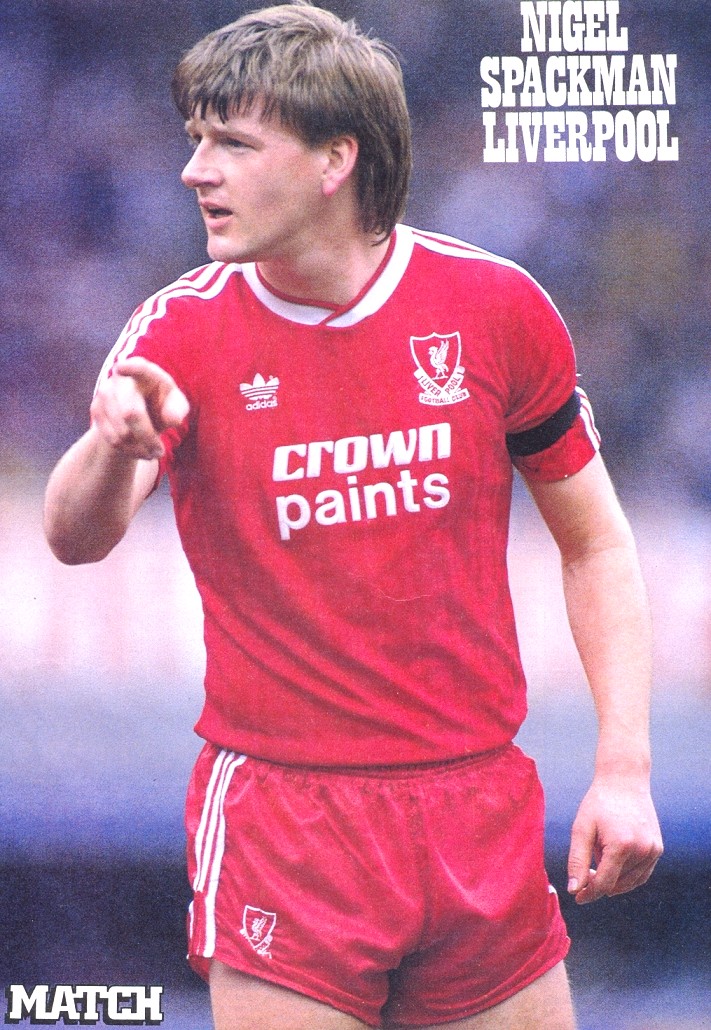 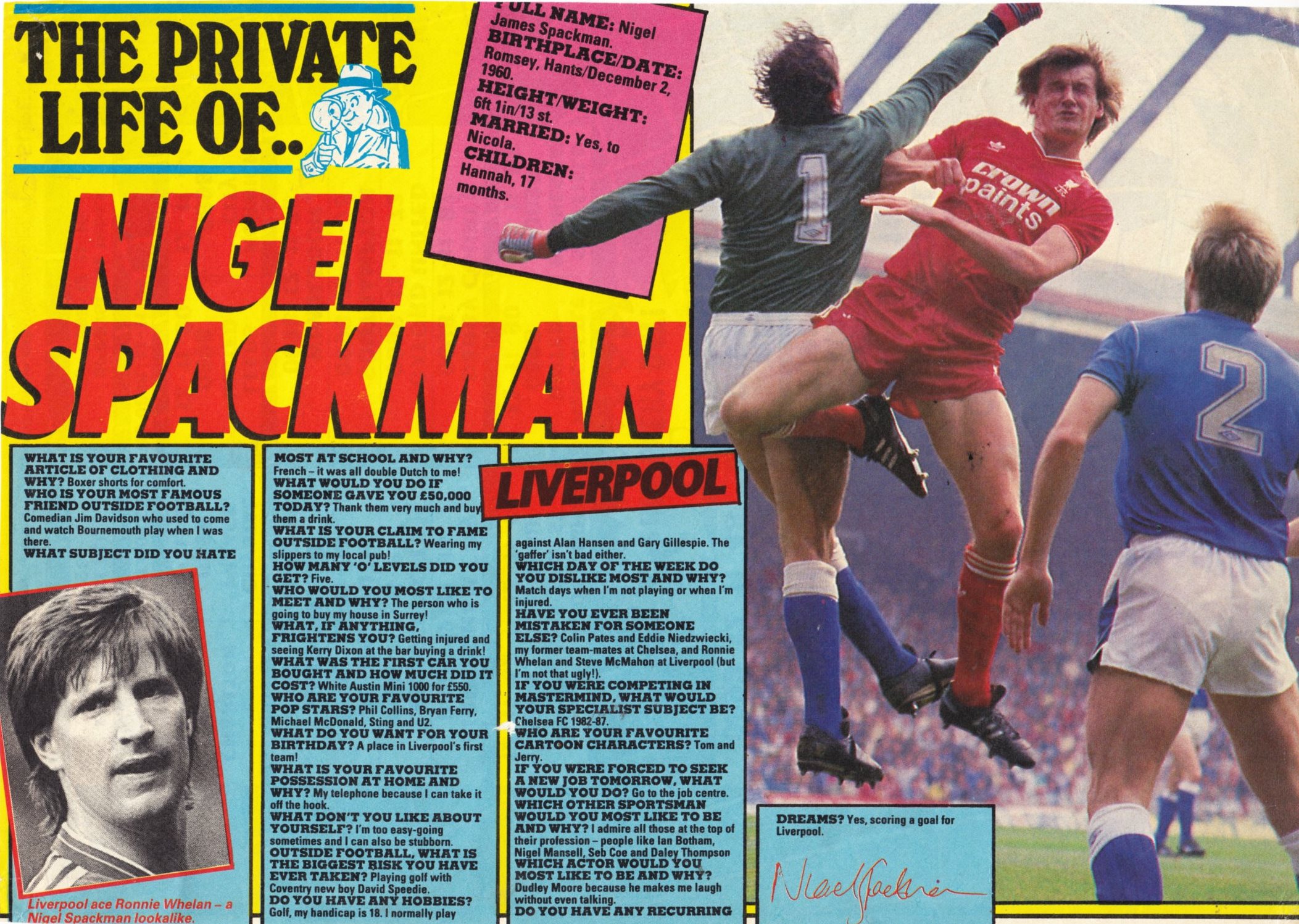 The Private Life of Nigel Spackman - 1987