Sheedy was born in Wales but also qualified to play for the Republic of Ireland, which he did with distinction from 1983-1993. The 18-year-old established himself in the Hereford side which was relegated from the Third Division in the 1977/78 season. Sheedy signed for Liverpool in July 1978 but had to wait two and a half years for his first-team debut which came eventually on 14 February 1981 in a 2-2 home League draw with Birmingham City. His only other two appearances in the First Division for the club were both as a substitute in the following season. Sheedy also played in two League Cup ties for Liverpool in 1981/82 and scored in both of them, against Exeter and Middlesbrough. With his opportunities at Anfield limited particularly to Ronnie Whelan's emergence, Sheedy made the short trip across Stanley Park to join Everton as he was out of contract at Liverpool and therefore had the last word on the transfer. The deal was heading for a tribunal as Everton valued Sheedy at £60,000 and Liverpool at £250,000 but the Reds settled for a £100,000 fee. Sheedy became a firm fixture in Everton's side, scoring regularly from his midfield position and winning championship and cup medals along the way. He's considered the best left-footer in Everton's history, playing 368 games and scoring 97 goals for the club from 1982-1992. Sheedy has been a coach at Everton's Academy since 2006.

"I nutmegged Souness once in training. He just laughed, but then the a few years later I did the same thing against him in a match and he elbowed me in the face."

Kevin Sheedy on his former team-mate at Liverpool and later adversary. 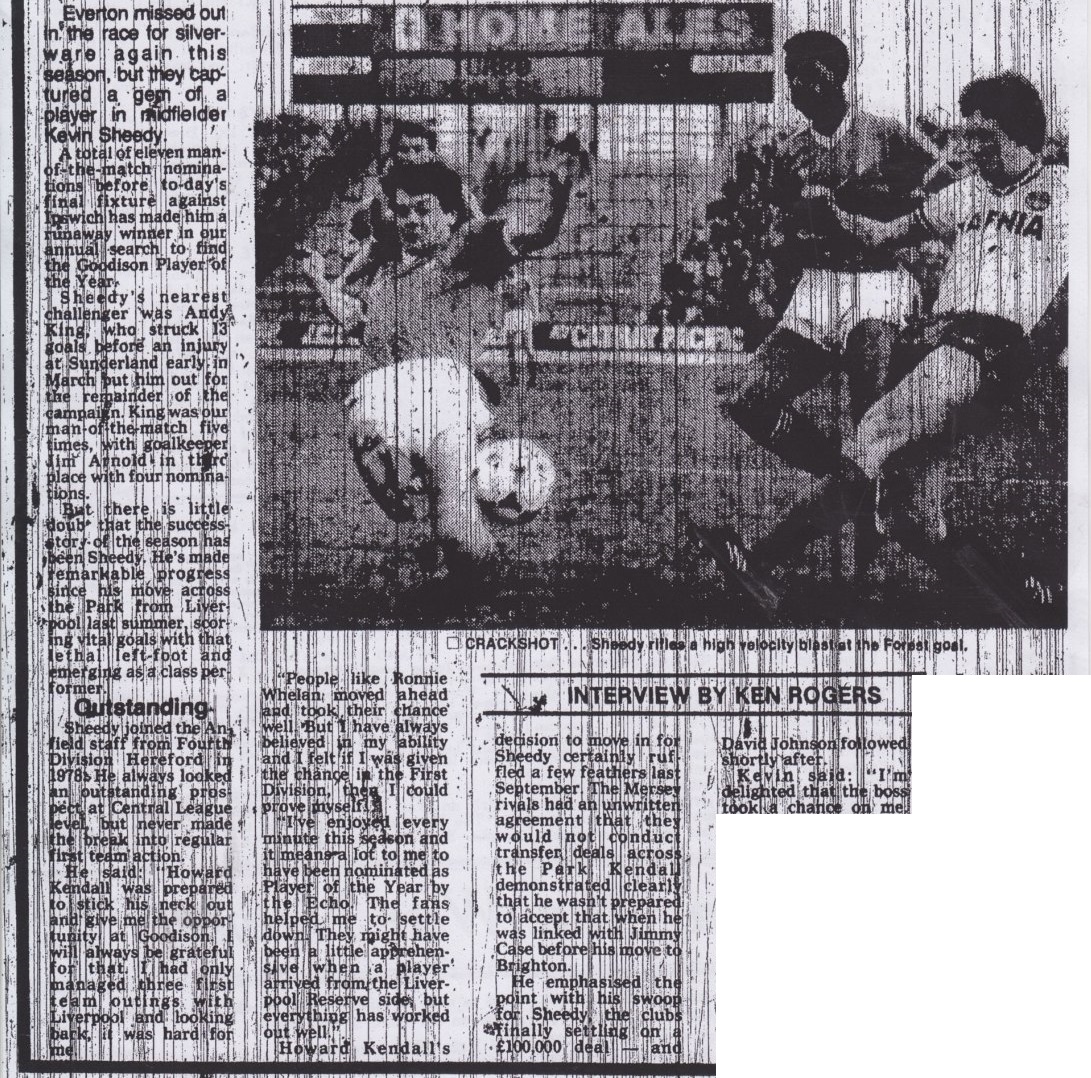 Sheedy thankful for Everton chance - May 1983