Ian Ross will forever be remembered as Der Kaiser’s shadow, when he man-marked Bayern’s Franz Beckenbauer to perfection in a European Fairs Cup game on 18 March 1971 in Munich. He even had the time to score Liverpool’s goal in a 1-1 draw. The Glaswegian signed professional forms for Liverpool in August 1965 when he was 17-years-old. He’d had trials at both Arsenal and Chelsea, but was forced to stay in a hotel in London, but when Liverpool came calling the club put him up with a family and that made all the difference. Ross made his debut at Sheffield Wednesday in the middle of January 1967, coming on for Ian Callaghan, but he didn’t figure in another League match until March 1968. The only season in which he became anything like a regular was 1971/72, when he was sold before the end of the campaign. Ross had been filling in for Tommy Smith and Alec Lindsay in defence as well as Brian Hall in midfield when Shankly decided to drop him which he didn’t agree with and demanded to be sold. Aston Villa, who was then a third division side on the rise, had made inquiries and were willing to pay a club-record fee of £70,000. Villa were promoted in the spring and played in the First Division in Ross’ last season at the club. Ross featured in 175 League matches at Aston Villa from 1972-1976, creating a formidable partnership with Chris Nicholl at the heart of the Villains’ defence and captaining the side as well.

Ross enjoyed a successful coaching career in Iceland, even playing in his first year for Valur as well as coaching the team, in 1984. After four years he moved from league champions Valur to KR Reykjavik, who were incidentally Liverpool’s first European opponents back in 1964. 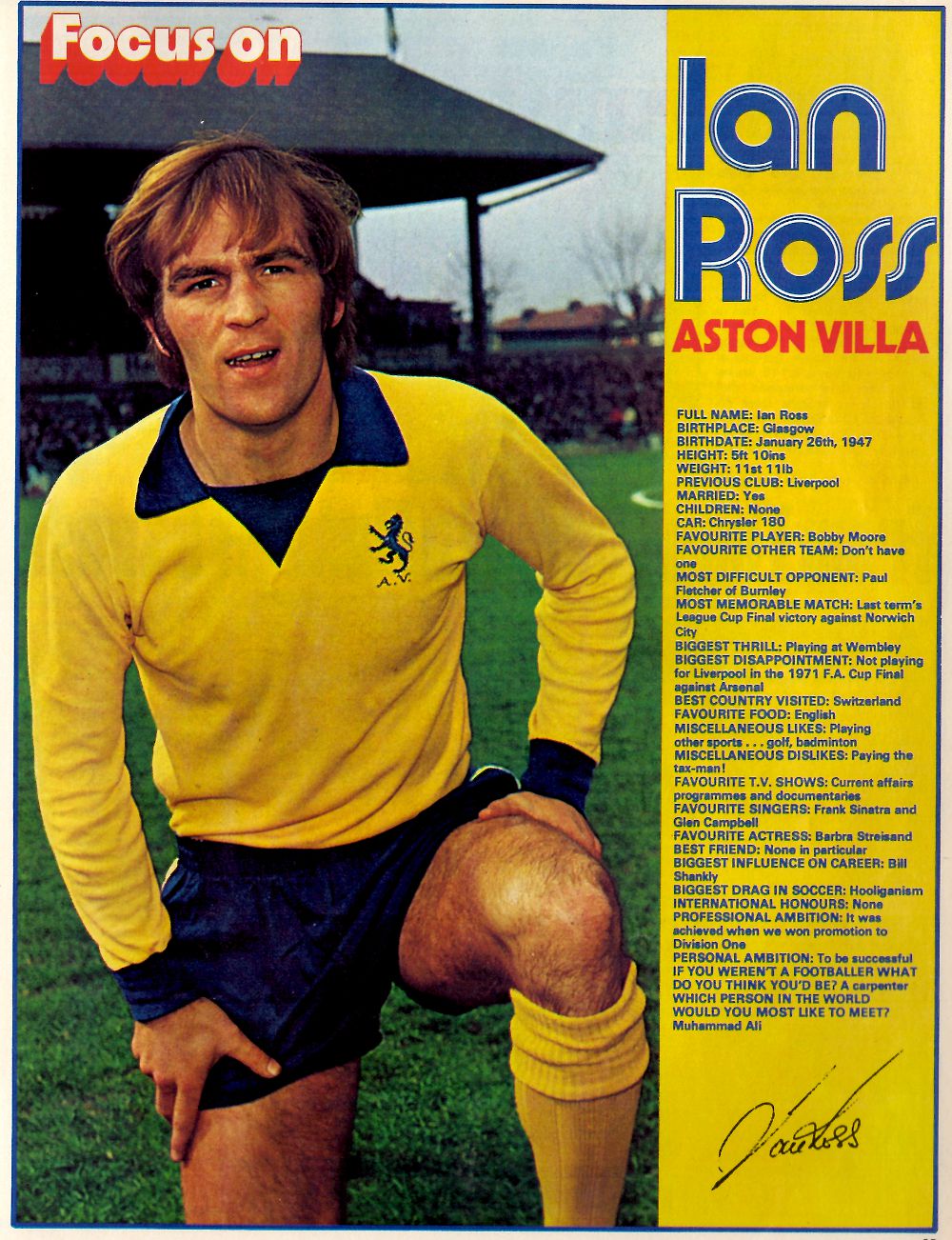 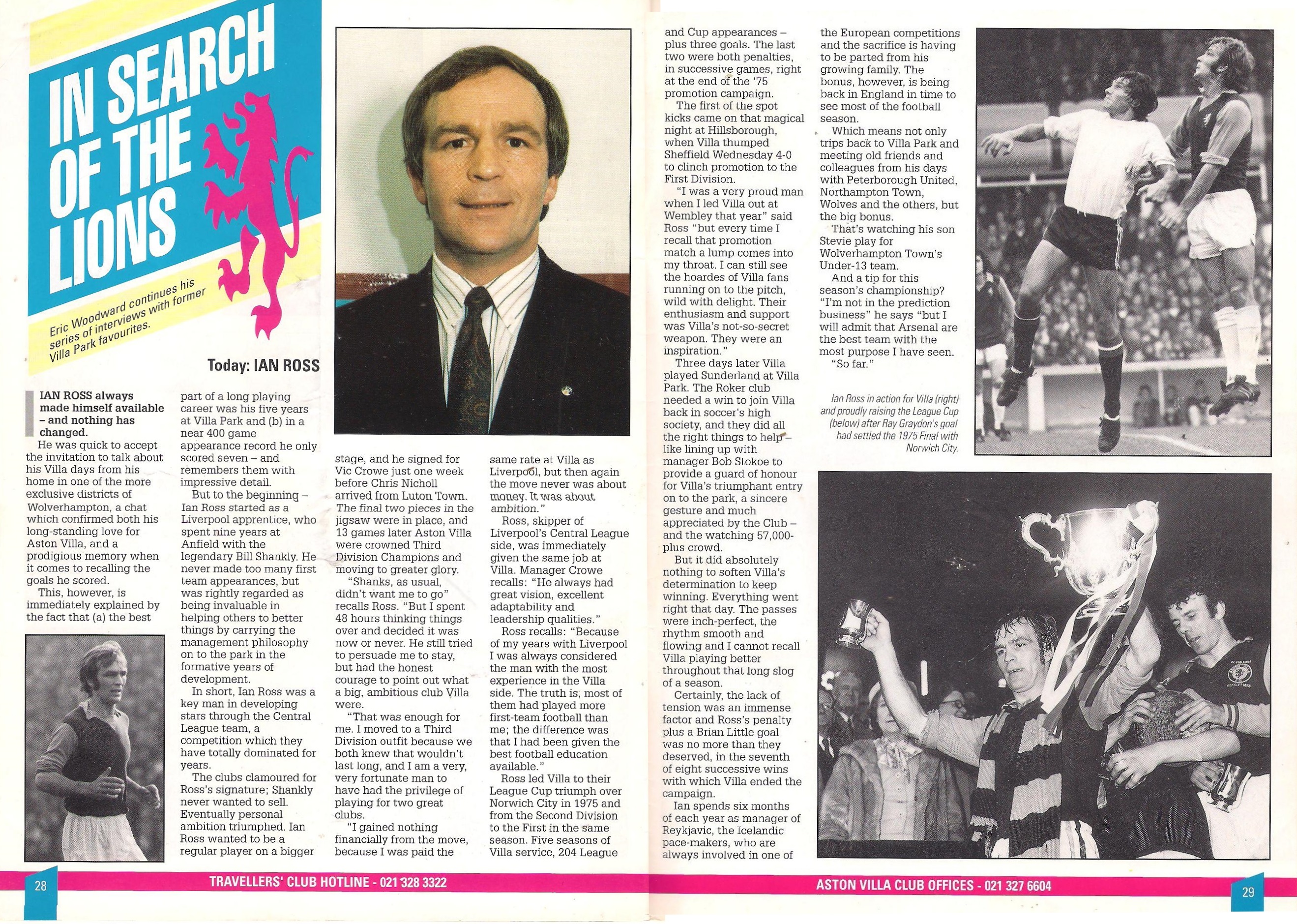 In search of the lions 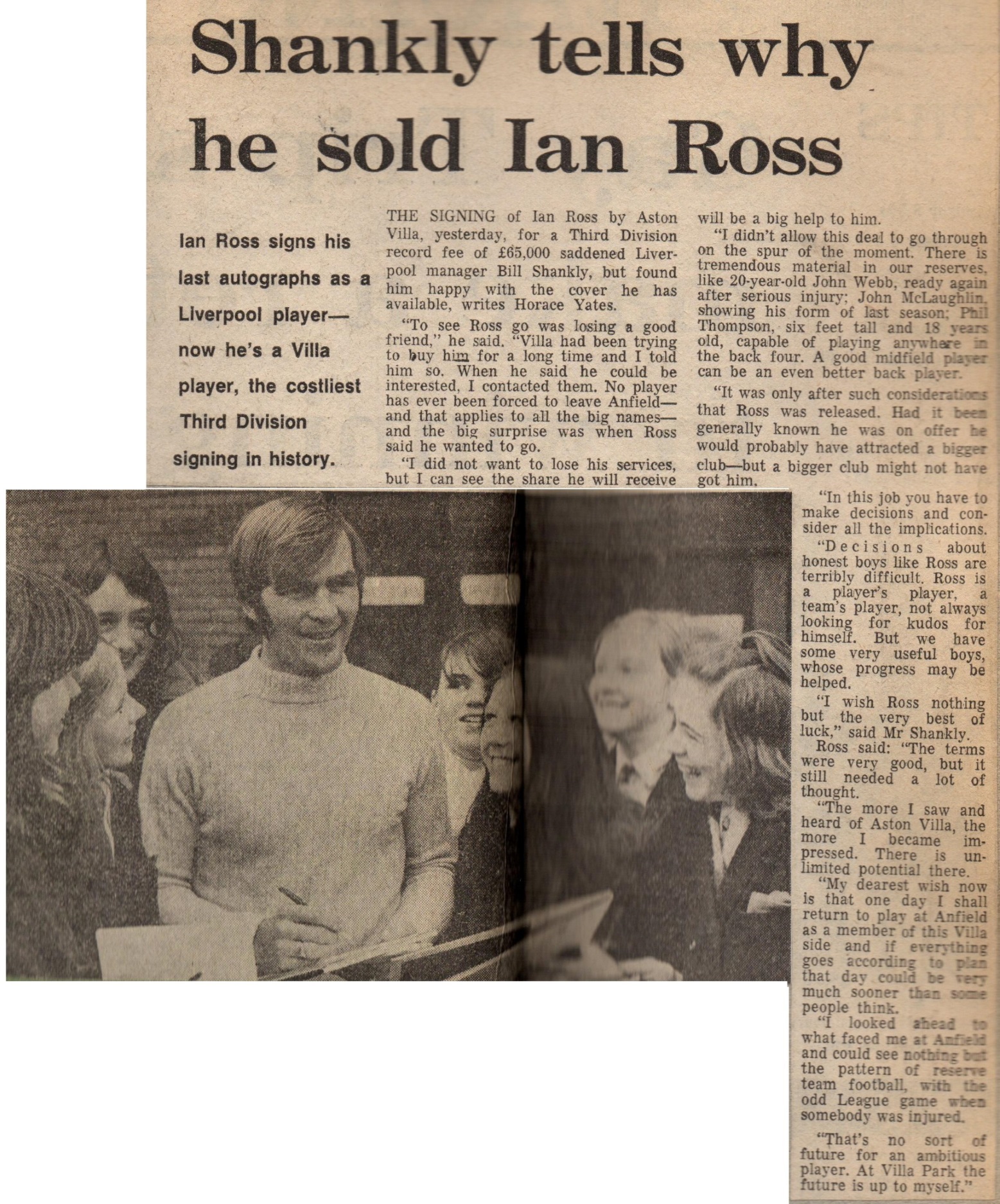 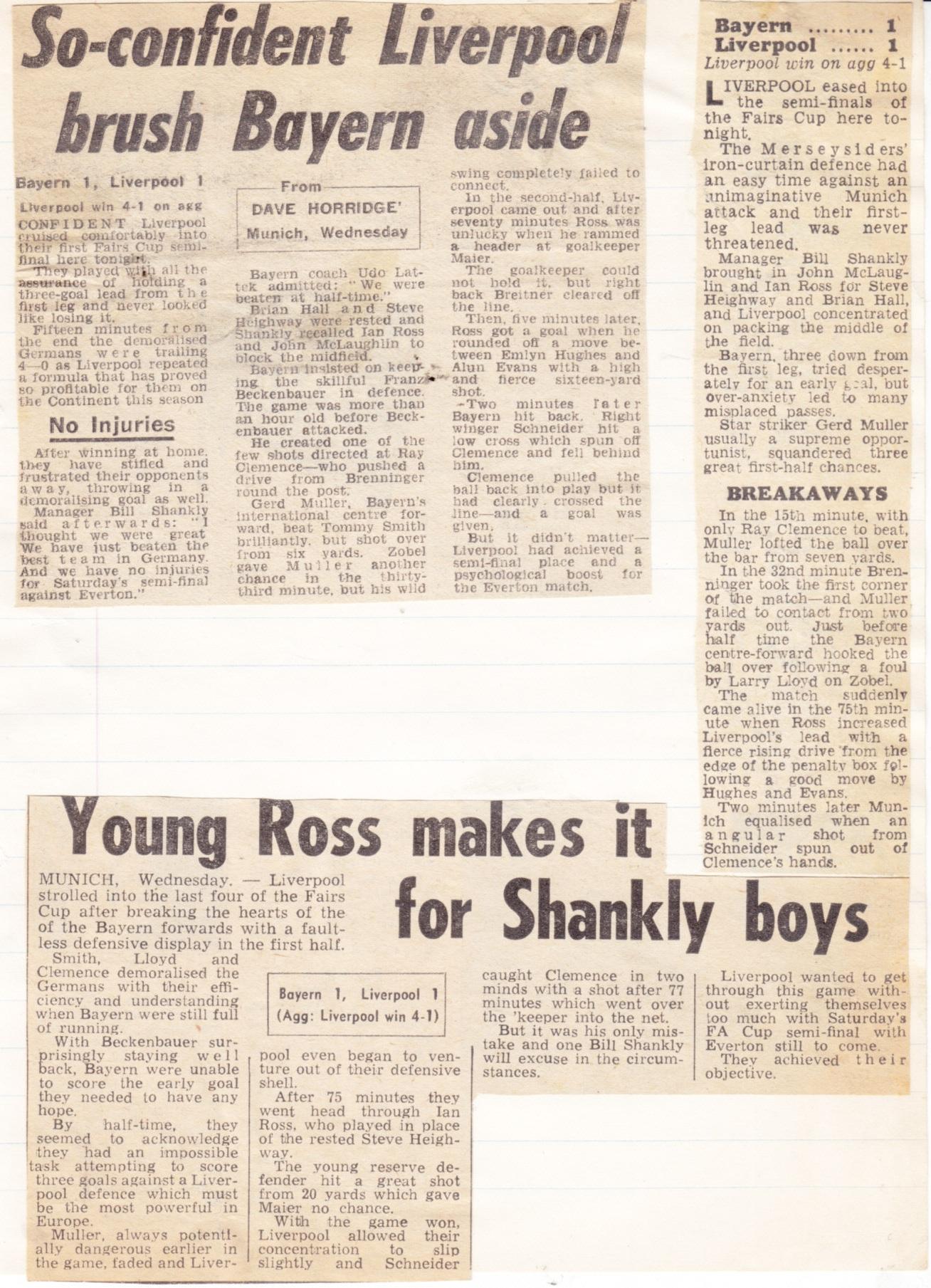