Riedle was born in West-Germany but finally made the grade in the Bundesliga when he joined Werder Bremen in 1987, winning the Bundesliga in his first season. He won the World Cup with Germany in 1990 and later that summer became one of Europe's most expensive players when he moved to Lazio. Three years later he returned to Germany with Dortmund who won the Bundesliga title in 1994 and 1995. He arrived at Liverpool a bona-fide international star after scoring two goals for Dortmund in the Champions League final win over Juventus, a couple of months earlier. Roy Evans had brought in a trio of experienced players in the summer of 1997 in Riedle, Oyvind Leonardsen and Paul Ince who he hoped would benefit the less experienced in his squad.

Riedle had, however, clearly left his best footballing years behind him in Germany, strangely unaware of, despite all his experience, of the offside rule. His two full seasons at Liverpool followed a similar pattern as he was first choice at the beginning and the end of the campaign, having lost his place, but regained it due to the enforced absence of either Michael Owen or Robbie Fowler. Riedle scored two against Hull in the League Cup in his farewell appearance before joining Fulham in the First Division. He was caretaker manager of the southwest London club in the 1999/2000 season alongside Roy Evans.

in January 2002 Riedle began training with FC Vaduz in Liechtenstein with a view to joining the club who were then playing in the Swiss second division. However after three weeks he declined to sign a contract and formally retired from the game. He has since set up a soccer camp in Southern Germany.

Whatever happened to Karl-Heinz Riedle?

Written by David Tully on 7th April 2010 on live4liverpool.com. 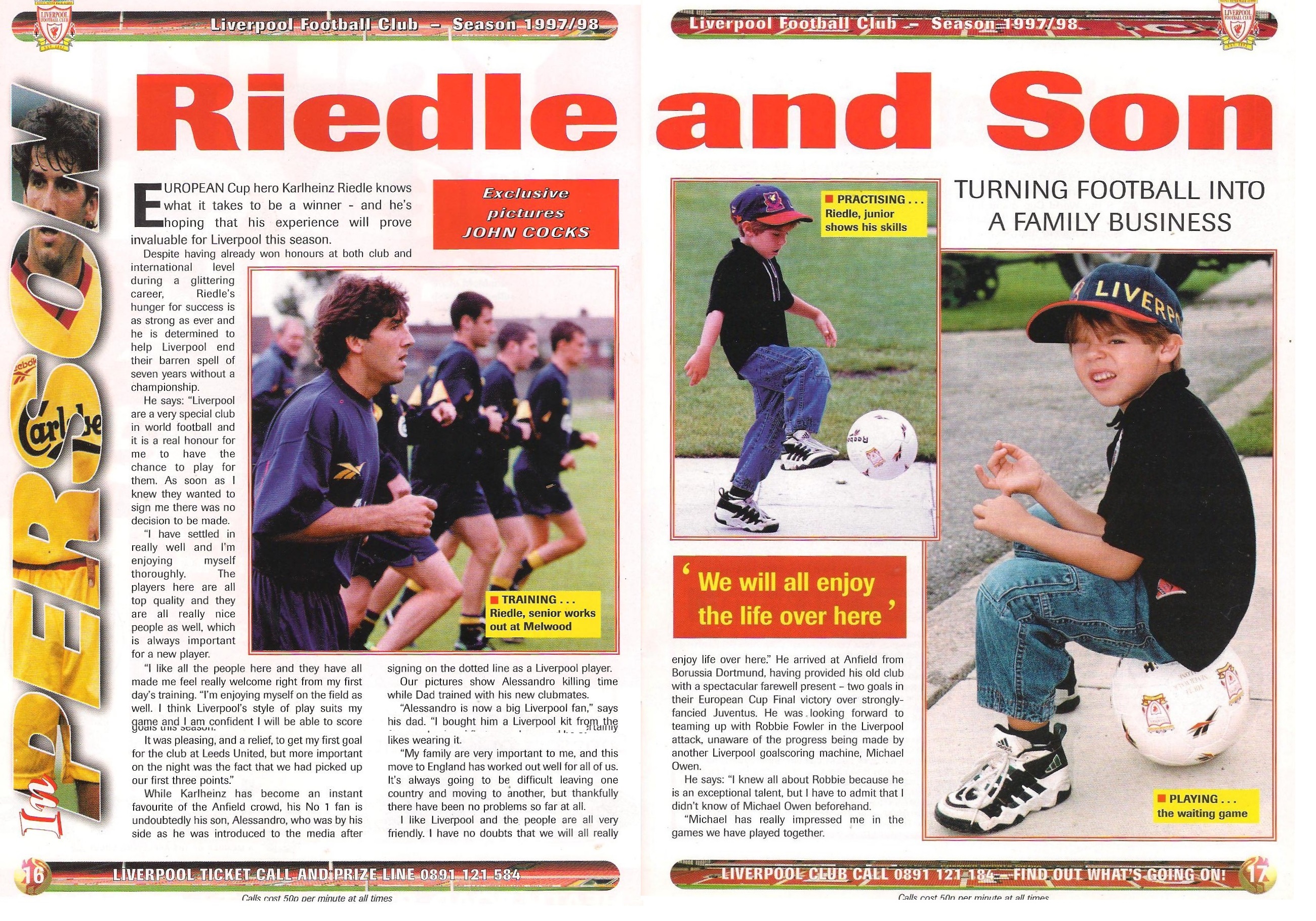 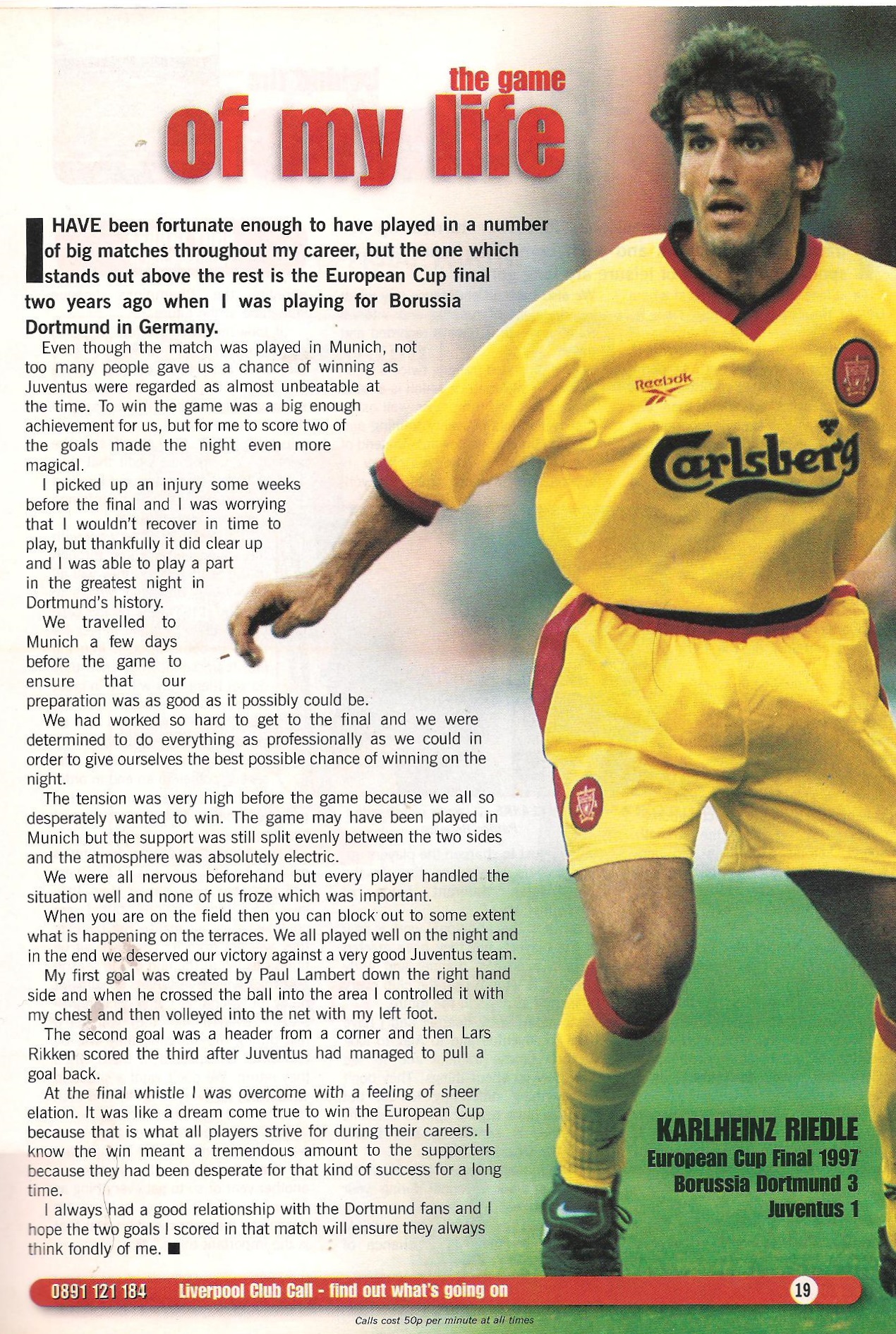