The promising Stella Maris schoolboy signed a five-year contract with Liverpool in August 1996. The speedy winger who had an excellent crossing ability and plenty of tricks was considered a exciting prospect coming through the Anfield ranks. The diminutive Partridge, who could "comfortably limbo dance at full stretch" made his first-team debut when Liverpool ran riot beating Stoke 8-0 in the League Cup on 29 November 2000. Four months later he was loaned out to second division Bristol Rovers to gain some experience. Partridge was very unfortunate with injuries in his time at the Reds and surely would have made his debut earlier if he had not damaged his left cruciate ligament in 1999. Coventry did get a glimpse of his undeniable talent  when he went on loan to Gary McAllister's Sky Blues in the First Division in 2002/03. He flourished and scored truly spectacular goals in his 31 outings, voted the fans' player of the season. Back at Liverpool Partridge's right cruciate ligament went when he collided with a teammate in a reserve match in November 2003. He was out of action for ten months. Partridge made a couple of substitute appearances in 2004/05 before he was released on a free transfer on 1 July 2005.

Partridge signed for Sheffield Wednesday but quickly realised that even though he had mastered the Championship before with Coventry he had lost the vital sharpness needed. His contract was not extended when it expired at the end of the 2005/06 season. He moved a few miles down the road from Sheffield to join Rotherham United in League One but he only lasted 12 months there before taking a further step down the League ladder with Chester City. Partridge enjoyed a good debut season with Chester and played 36 League matches and scored five goals, but struggled in his second as Chester were relegated from The Football League.

The Dubliner enjoyed his football again with The New Saints in the Welsh Premier League as he scored 12 goals in 31 matches in the 2010/11 season but very early on in the following season he was forced to retire due to a persistent knee injury. Partridge came out of retirement in the 2012 when he featured for Airbus UK Broughton in the Welsh Premier League that reached the Europa League. He did have a promising career to fall on as during the latter stages of his playing career Partridge studied Physiotherapy at Salford University where he graduated with a first class honours degree in 2009. He then became a physio with Liverpool's medical department, spending two years with the academy, five years with under 21's before being promoted to the first team set up in 2016.

High-flying Partridge is ready for a Euro battle with English

‘It sounds daft, but you can be well respected as a club physio’

By Daniel McDonnell at the Irish Independent on 30 April 2011. 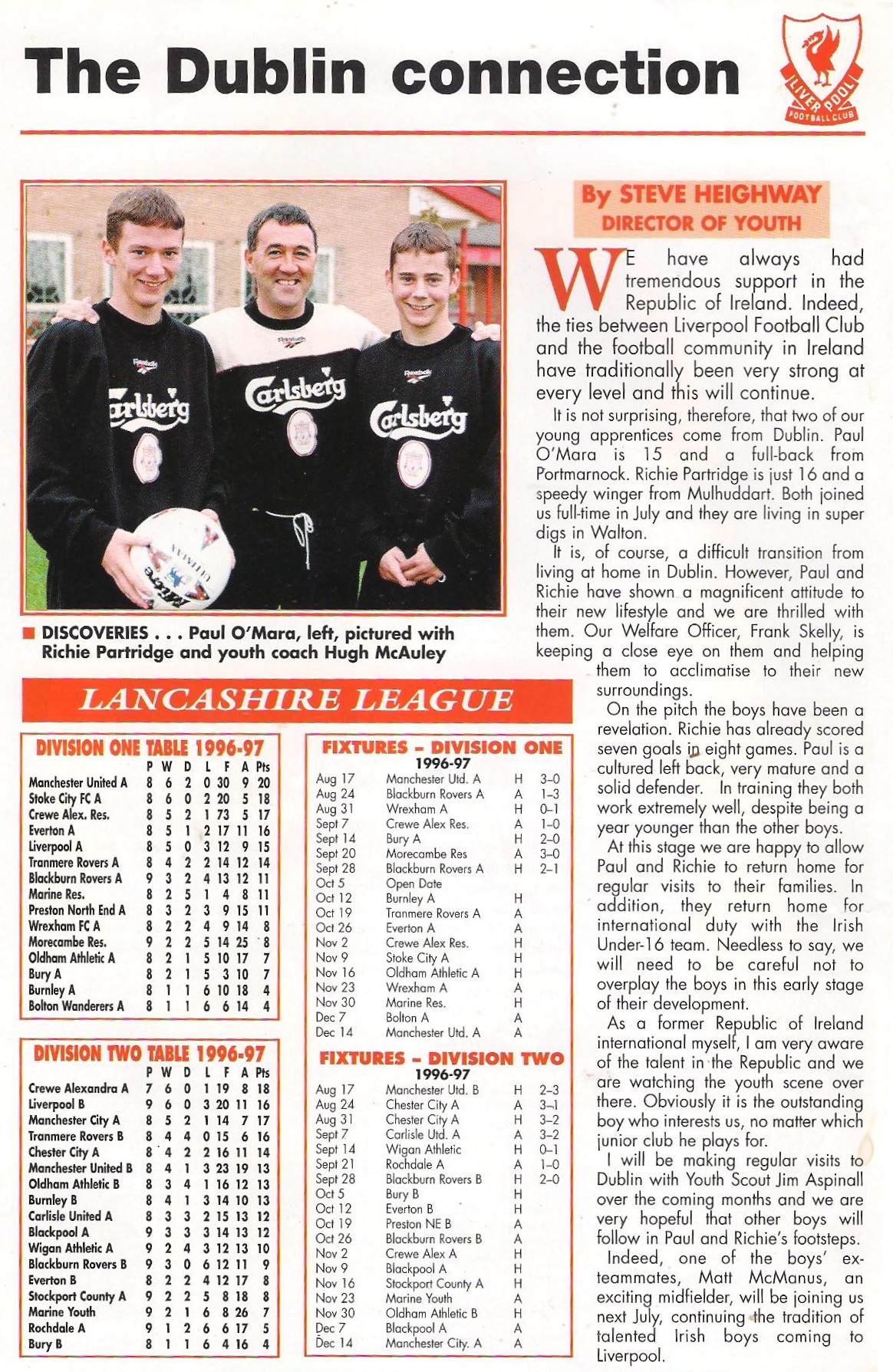