Central defender Money had acquired a good reputation in the lower leagues with Scunthorpe and Fulham, for whom he had appeared in close to 300 League matches, despite being only 24-years-old. Even though 1980/81 was a season when Liverpool’s League form was erratic, a final placing of fifth compared with first in the two previous seasons, Money was unable to break through as a first-team regular and made only 14 first division appearances. Although his Liverpool career was but a brief one, he could at least claim to be part of one of the most famous nights in Liverpool’s European history when he played in the 1-1 draw against Bayern in Munich’s Olympic Stadium, a result that took the club through against all the odds to their third European Cup final in five seasons. Money's performance was praised by Laurie Cunningham, Real Madrid’s England winger. As he prepared to face Liverpool in the final in Paris, Cunningham said: "I watched Liverpool play in Munich on television and I was very impressed by Richard Money. I liked the way he kept the forwards supplied with accurate crosses." Money and Cunningham didn't come face to face in the final as Alan Kennedy had recovered from injury and Money was an unused substitute.

Money went on loan to Derby County for a short time the following season before signing permanently for Luton Town in April 1982. A spell at Portsmouth followed before he returned to Scunthorpe, the club where he had started his playing career. Money later became Scunthorpe's manager, also having managed AIK and Västerås in Sweden, Australia's Newcastle United Jets and Walsall. In the summer of 2008 he was hired as the director of Newcastle United's academy. At the end of October 2009 Money was unveiled as the new manager of Luton Town, who were now in the Conference. At the end of his first full season Luton finished as runners-up to the champions, but were beaten on aggregate by York City in the play-off semi-final. Money parted company with Luton in March 2011. In October 2012, Richard Money was appointed to be head coach of Conference club Cambridge United in the fifth tier of English football. Cambridge finished second behind champions Luton Town at the end of the 2013/14 season. United then beat Halifax Town 2-1 on aggregate to make the play-off final against Gateshead, who had beaten them 2-0 on the final day of the regular season. At Wembley in the play-off final, however, Cambridge reversed that scoreline to return to the Football League after an absence of nine years. Under Money's management Cambridge United also won the FA Trophy by beating Gosport Borough 4-0 at Wembley towards the end of March. Money was appointed the Academy manager of Norwich  City in December 2016.

Ian Rush arrives along with Money

Bob Paisley bought two promising players in the spring of 1980. One was to become a certified legend, the other one made 17 appearances in two years. 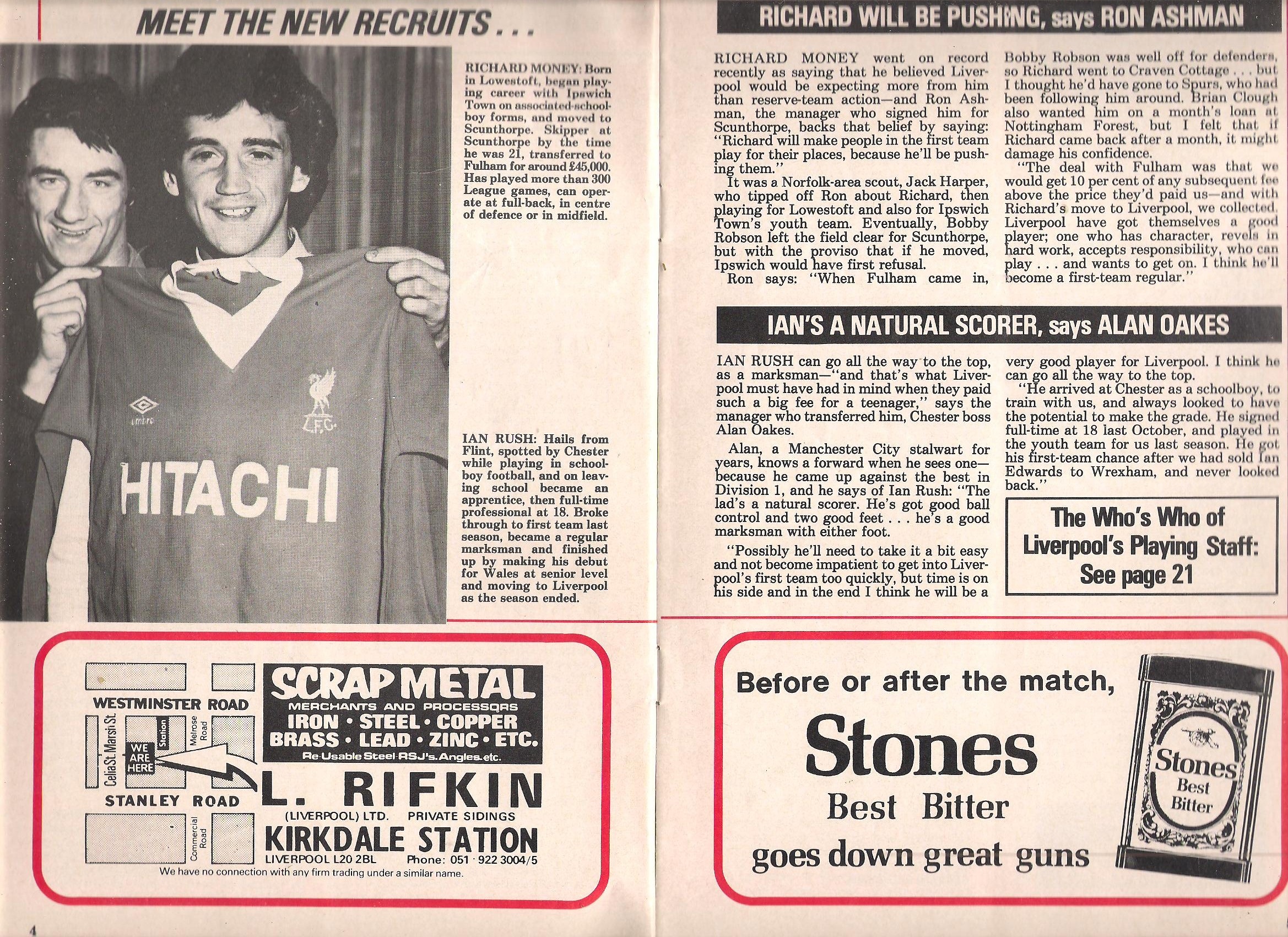 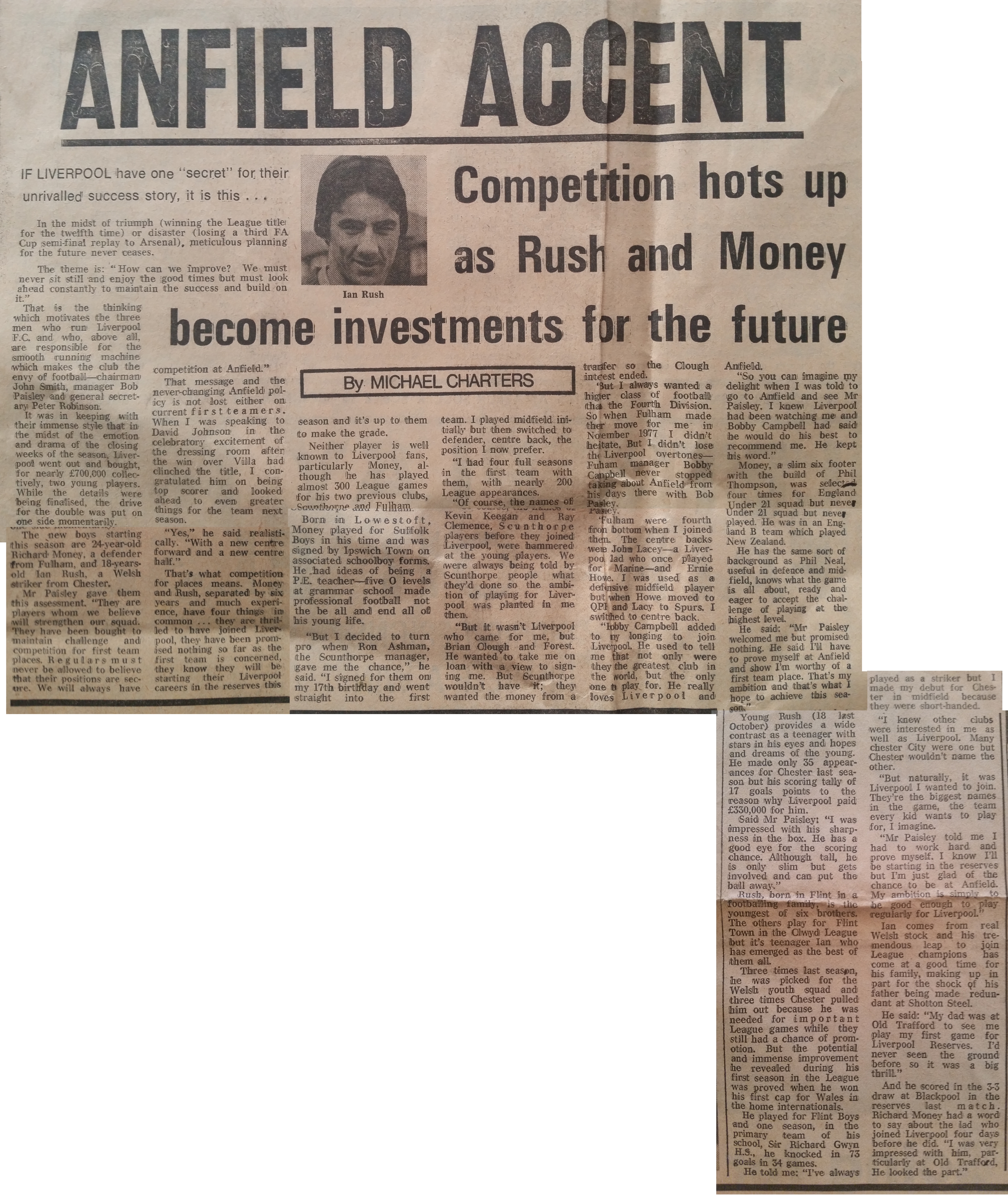 Rush and Money become investments for the future - May 1980