Marsh had a similar problem to Vladimir Smicer's as he excelled in training sessions but much too seldom transferred that ability to the Reds' competitive fixtures. He was hardly an internationally-known player like Vladi, but possessed enough skill to make people wonder what might have been. In 1987 Marsh was playing for Kirkby Town and Railway Pub on Sundays, the latter being sponsored by Kirkby-native and Liverpool's reserve-team coach, Phil Thompson. Tommo was advised to take a closer look at Marsh and Liverpool signed him up. Marsh was a reserve at Liverpool for four years, admitting that he felt not worthy of being in such exclusive company. The players had been his heroes one minute and teammates the next. The Kirkby lad finally got his big break in the 1991/92 season, playing in midfield and continued his good form into the following season. His most memorable moment came in the UEFA Cup second-round tie versus Auxerre on 6 November 1991 at Anfield. Liverpool had lost the first leg 2-0 but Marsh scored Liverpool's second goal in a 3-0 win. Marsh was transferred to West Ham along with David Burrows in a swap deal to bring Julian Dicks to Anfield in September 1993. "I broke into the team at a difficult time," Marsh explained to the Liverpool Echo in 2003. "There were lots of injuries, lots of new players coming in and a new manager. Maybe if I'd broken into a settled side with the likes of Steve McMahon, Ronnie Whelan or Jan Mølby alongside me on a regular basis, things would have gone differently. I ended up playing alongside the likes of Paul Stewart. I actually asked to leave Liverpool. When it came to not getting into the side when I thought I was better than the one who was in, Again, I don't want it to sound as though I'm having a go at someone like Paul Stewart, but I suppose when the manager pays over £2 million for a player he's always going to play him."

Marsh later rejoined his former Liverpool boss, Graeme Souness, at Galatasaray for a couple of months in 1995. A knee injury finally ended his professional career at the age of 28. Marsh accepted an insurance payout which meant he wasn't allowed to play in the Football League again. He won the Conference twice with Kidderminster and Boston but was unable to go up with them into the League. Marsh joined the Liverpool Academy in July 2009 and coached the u-16s and u-18s. In August 2012 he was promoted to Melwood to be a part of the club's first-team coaching set-up. New manager Brendan Rodgers explained : "When I looked at the staff when I came in, Marshy was someone who had come in with the u-18s. He was a terrific young player - he walked out of a pub team into Liverpool, which is an absolutely incredible story. His roots are here at the club, his passion is for the club and he's played for the club. He will help build a bridge between the first team and the Academy."

After being part of Rodgers back room team for three years, Marsh left in the summer of 2015 and joined the England coaching set up, working with the under 17s and 18s.

Marsh does not regret his spell with Reds heroes

"I am delighted with the move. I want to get on to the football pitch and not sit in the stand watching as I have been recently at Liverpool. I thought I did my stuff at Liverpool but I didn't seem to be making progress. Now perhaps I can." 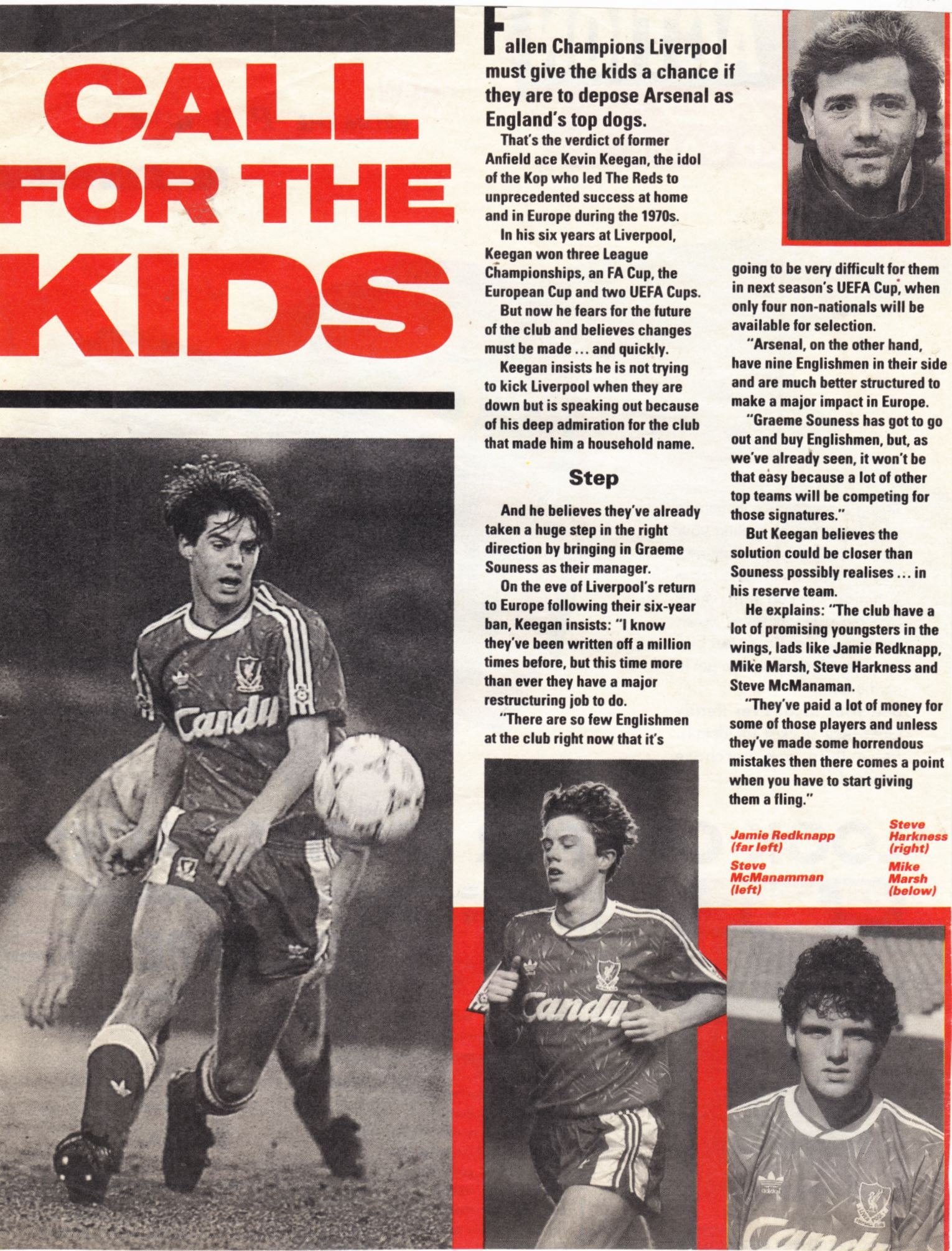