McLaughlin had been very promising in the reserves and the coaching staff at Liverpool believed he was a star in the making, a skilful midfield maestro. Shankly had great hopes for him: "His potential is unbelievable. He knows the game, and is very mature for his age," Shankly declared. "He is the best schoolboy prospect to be turned up for a very long time." Shankly eased him into the first division scene by picking him for the final game of the 1969/70 season, away to Chelsea. McLaughlin had a hand in Liverpool's only goal scored by Bobby Graham in a 2-1 defeat. Despite being only 18-years-old when the following season opened, Shankly had enough faith in the slightly-built teenager to make him an important part of the club's midfield at the time and his faith was rewarded when McLaughlin struck two first-half shots into the Kop goal when Huddersfield Town visited Anfield for the second home fixture of the season.

McLaughlin played in 30 consecutive first division games but then made way for Alun Evans and only figured in three of the remaining 12 matches. This season turned out to be his only one as a regular during Shankly's rebuilding of his aging side. Once Shankly had completed the transformation McLaughlin was cast aside. He made the line-up for the opening day of 1971/72 but was only picked on four further occasions, with two of those being as substitute. The emergence of Brian Hall and the arrival of Peter Cormack made it increasingly difficult for McLaughlin to break into the first team and he was allowed to leave Anfield to have a loan spell on the south coast with Ian St John's Portsmouth. He also featured in the summer of 1975 and 1976 in the North American Soccer League. A knee injury put McLaughlin out of League football for good when he was only 24 and he went into amateur football.

"His potential is unbelievable. He knows the game, and is very mature for his age. He is the best schoolboy prospect to be turned up for a very long time." 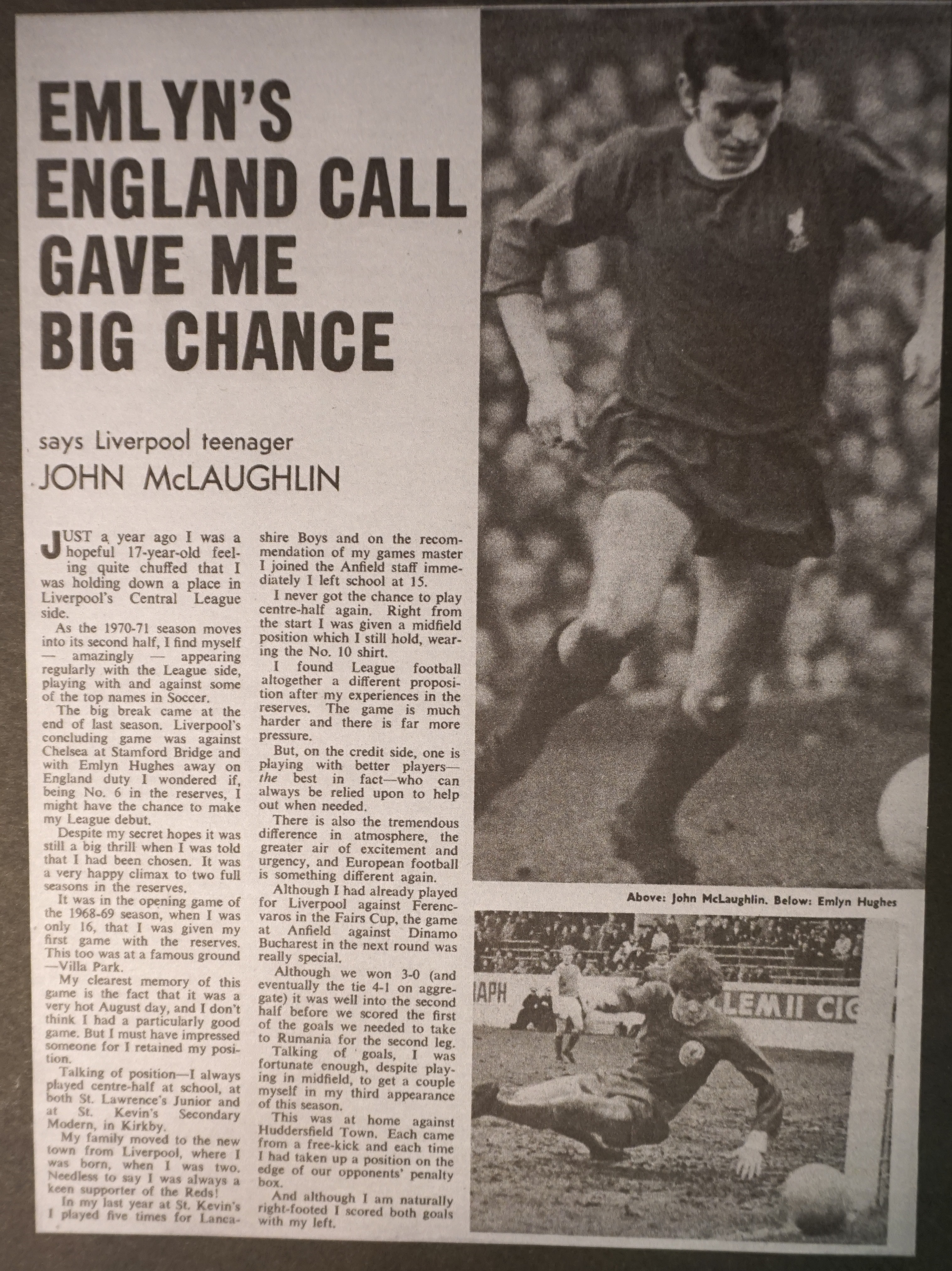 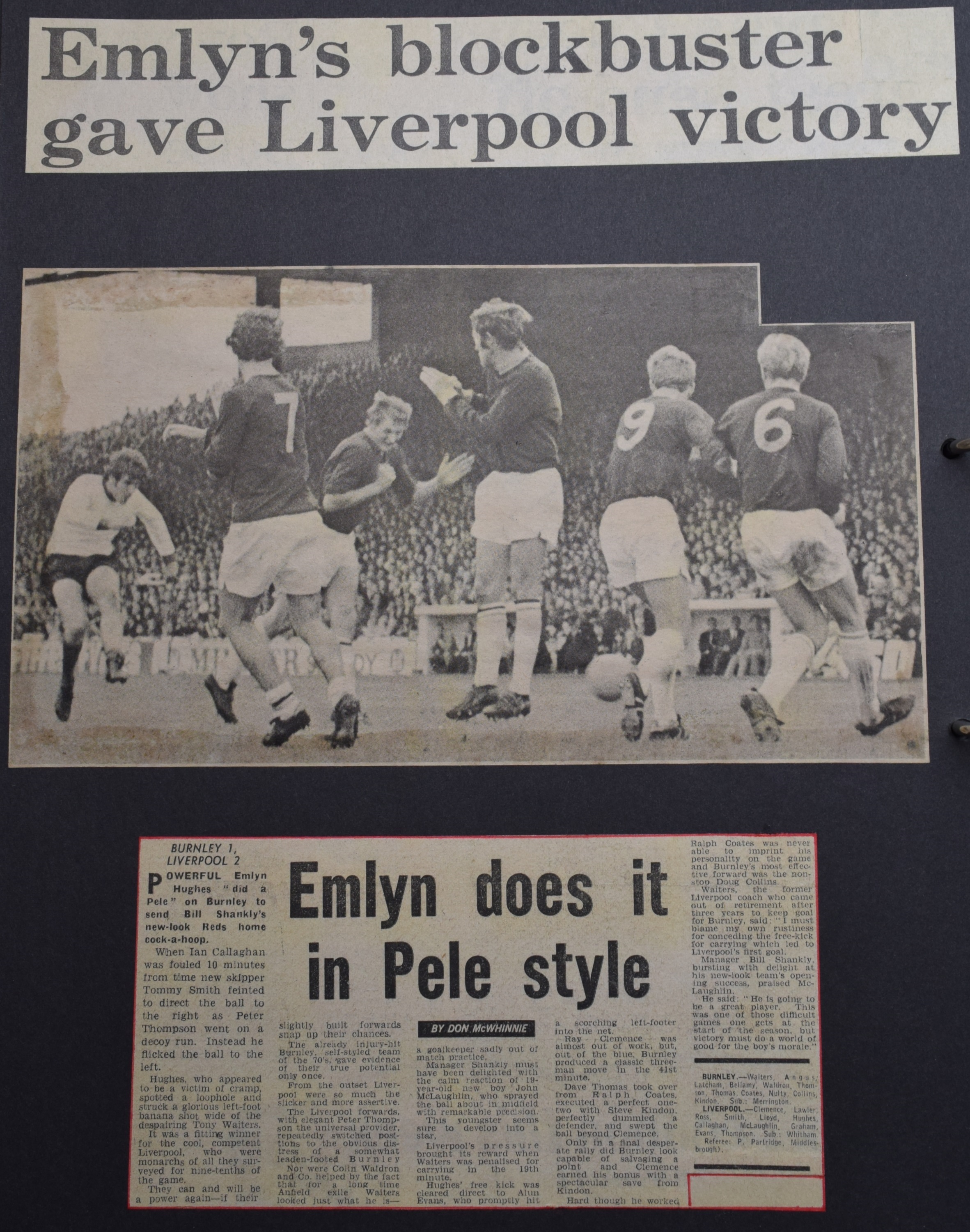 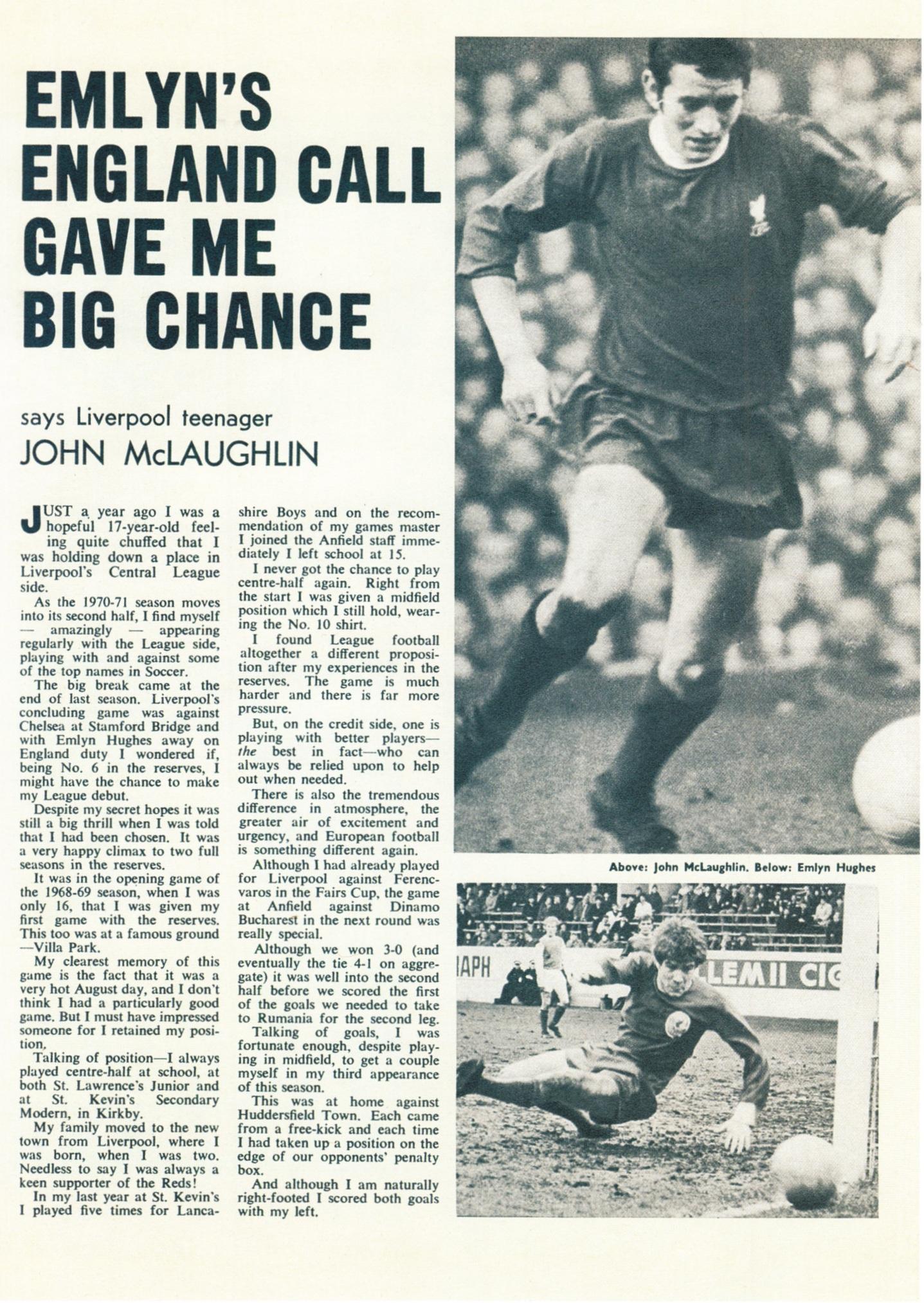 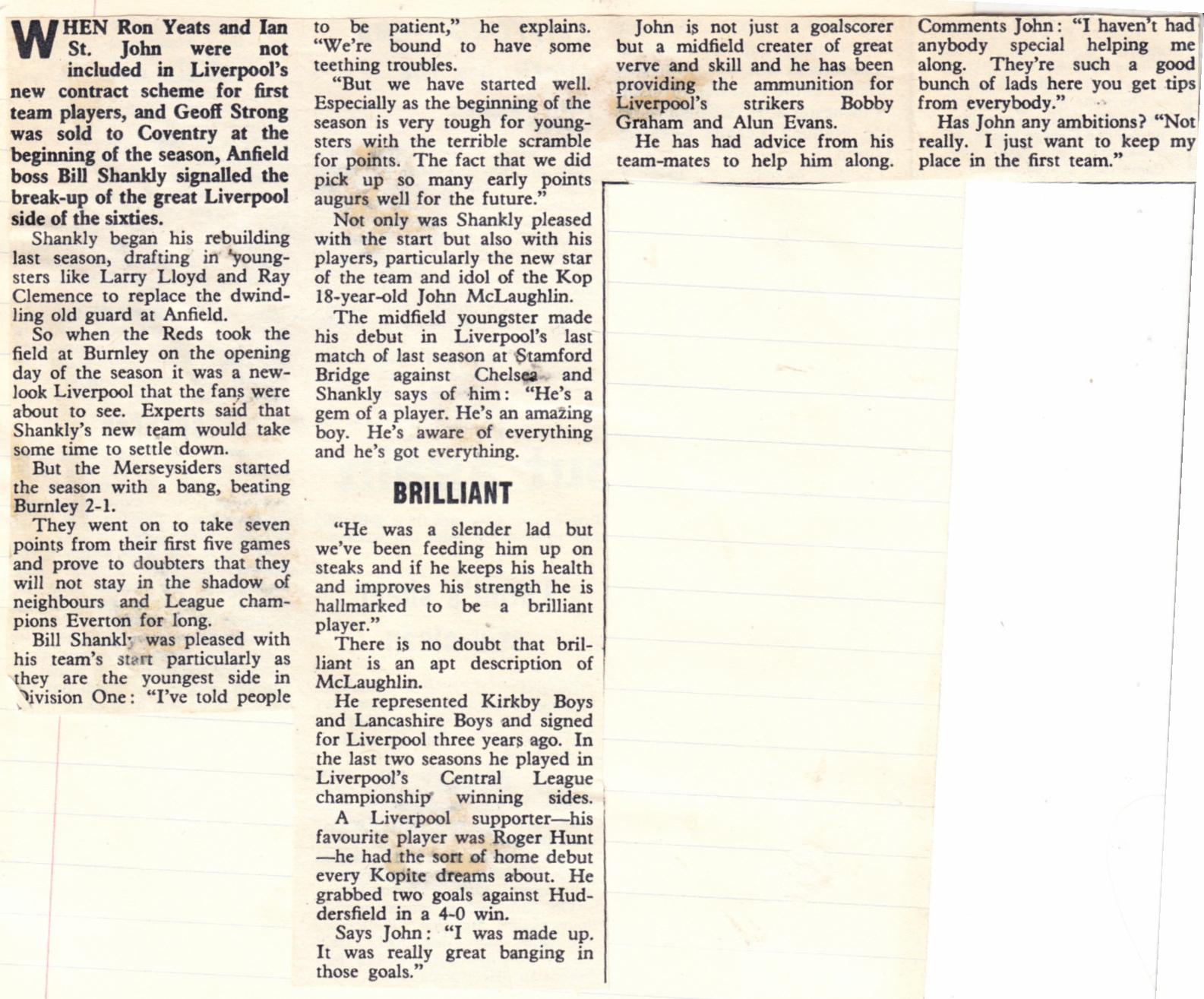 McLaughlin a star in the making 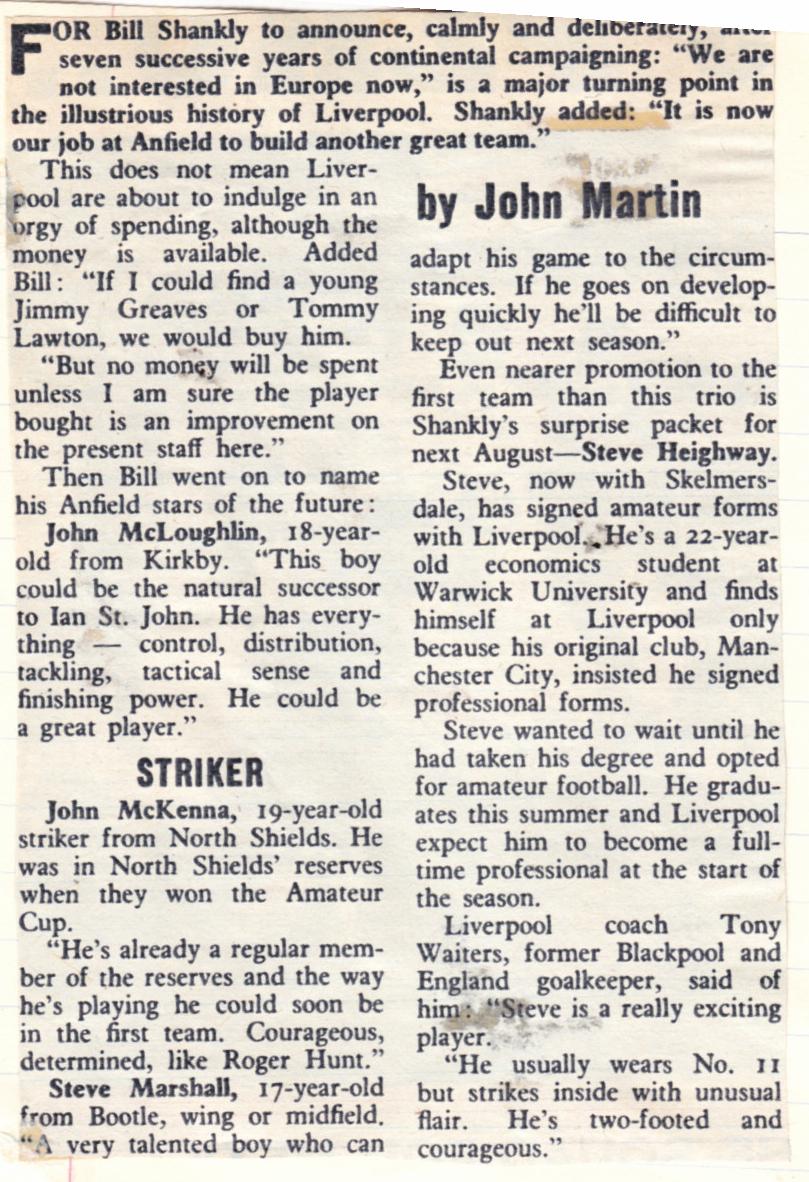 McLaughlin could be the natural successor to Ian St John, Shankly says