A hard-working forward who later became Roy Evans' assistant manager at Liverpool. Livermore signed professional forms in November 1965 but over the next five years he only appeared for Liverpool's first team on 18 occasions. He had a brief appearance as substitute when coming on for Tony Hateley at West Ham in April 1968 but wasn't picked again until the second half of the 1969/70 season, when he played in the last 13 League matches of the campaign. After making one start in 1970/71 Livermore knew his future lay away from Merseyside and he was transferred to Norwich City. Livermore was a midfielder in an eventful Norwich career from 1970-1975, during which he won the Second Division, lost a League Cup final, got relegated from the First Division, broke his wrist and missed a whole year because of two cartilage operations. After featuring in 138 games for Norwich Livermore dropped down a division to third-tier Cardiff City but the team got promoted following his debut season. Livermore spent 1977-1979 in the Third Division with Chester.

When his playing days were over Livermore returned to Cardiff as coach and then filled a similar role at Swansea under John Toshack's management. He was also assistant for a time to Mike England, when he was in charge of the Welsh national side. Livermore joined the coaching staff at Tottenham in 1987, first as reserve-team manager, then moved on to first-team coach and was eventually appointed manager following Peter Shreeves' dismissal prior to the 1992/93 season. In the first season of the Premier League Livermore, with first-team coach Ray Clemence by his side, guided Spurs to ninth, an improvement of six places from the prior campaign and reached the FA Cup semi-finals where they lost to Arsenal. In the summer of 1993 Livermore made way for Ossie Ardiles. He returned to Liverpool to be alongside Roy Evans from January 1994 until November 1998 when Houllier took sole charge. Livermore's next appointment was as coach at Nottingham Forest where he worked alongside Shreeves, his predecessor in the manager's chair at Spurs. Livermore stepped down from his role as assistant manager at the Canaries in February 2007 having spent twelve and a half years there, five as a player and seven and a half years as assistant to managers Bruce Rioch, Bryan Hamilton, Nigel Worthington and Peter Grant. In the final weeks of the 2006/07 season he became Worthington's assistant as caretaker manager of Leicester City and saved them from relegation from the Championship but the pair were not rewarded for their efforts. 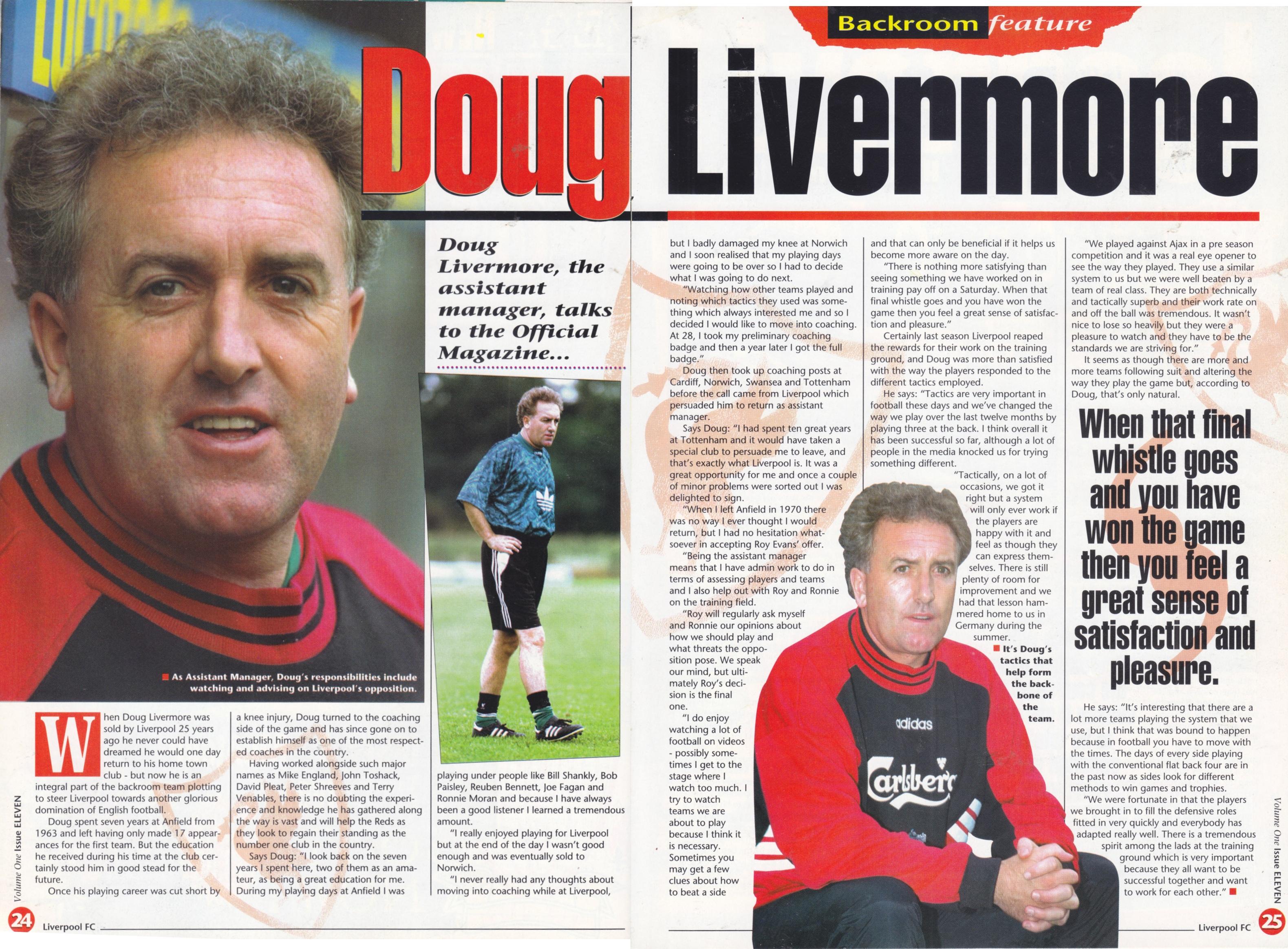