Lewis' timing could not have been worse to try making a name for himself on the wing at Liverpool with the continuous rise of one Ian Callaghan. Born in Ellesmere Port, Lewis returned to the North-West to play for Liverpool after 23 goals in 62 second division appearances for his first club, Sheffield United. The England youth international became one of Bill Shankly's earliest signings in June 1960. Lewis kept Callaghan out of the side at the beginning of his record-breaking career, scoring 22 goals in 36 games in his first season outscoring Roger Hunt by three. Although he started the next season as the team's right-winger, he was displaced by Callaghan. He did find his way back into the side in April deputising for Ian St John after having not made a first-team appearance for four months. A win over Southampton would secure promotion from the Second Division and Lewis scored Liverpool's both goals in one of the most legendary games in the club's history.

Lewis found a way back into the side in 1962/63 after switching to the left taking over from the fading Alan A'Court. Lewis kept up his average of one goal every two games in his Liverpool career. He had a rocket of a shot and among local fans they were called “Lewis Expresses”. Once Peter Thompson was purchased from Preston North End in the summer of 1963 Lewis' Anfield days were numbered. He returned to Yorkshire in August 1963 and played little more than a season with Huddersfield before departing from the Football League scene at the very early age of 24 to play football in South Africa where he settled after a knee injury finished his career at the premature age of 28.

How winger Lewis eventually got the boot from Shanks

Published 10 November 2007, written by David Prentice at the Liverpool Echo. 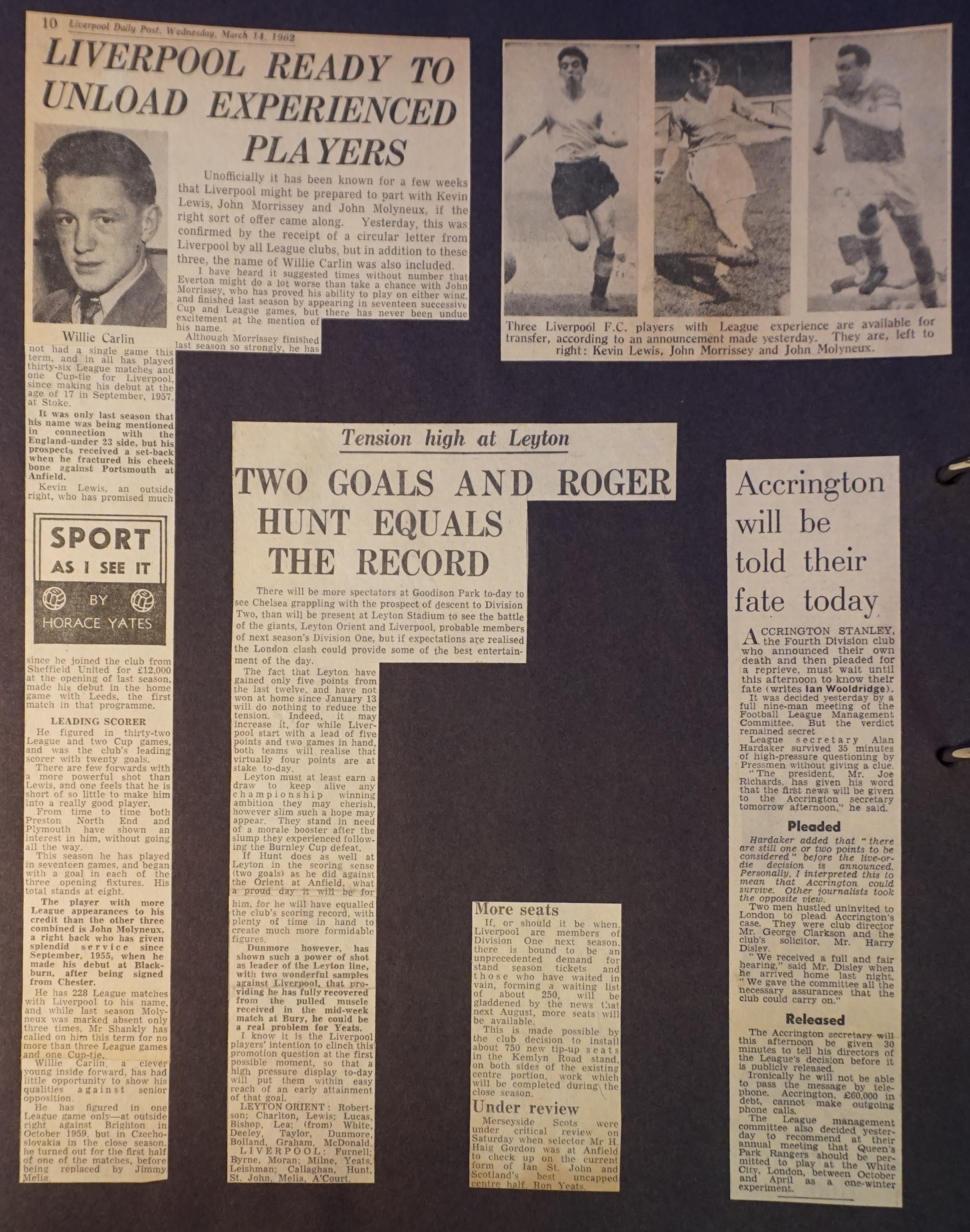 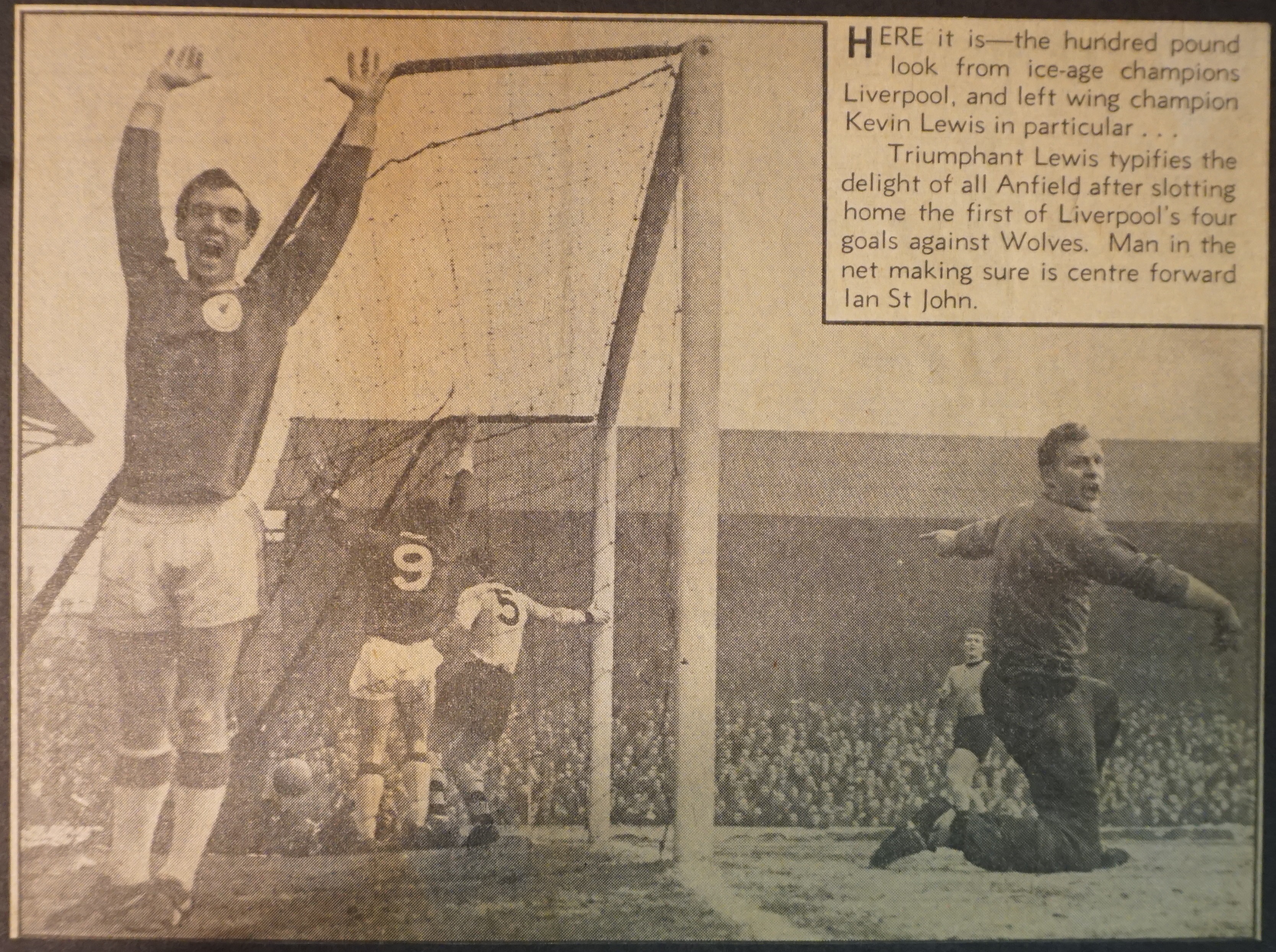 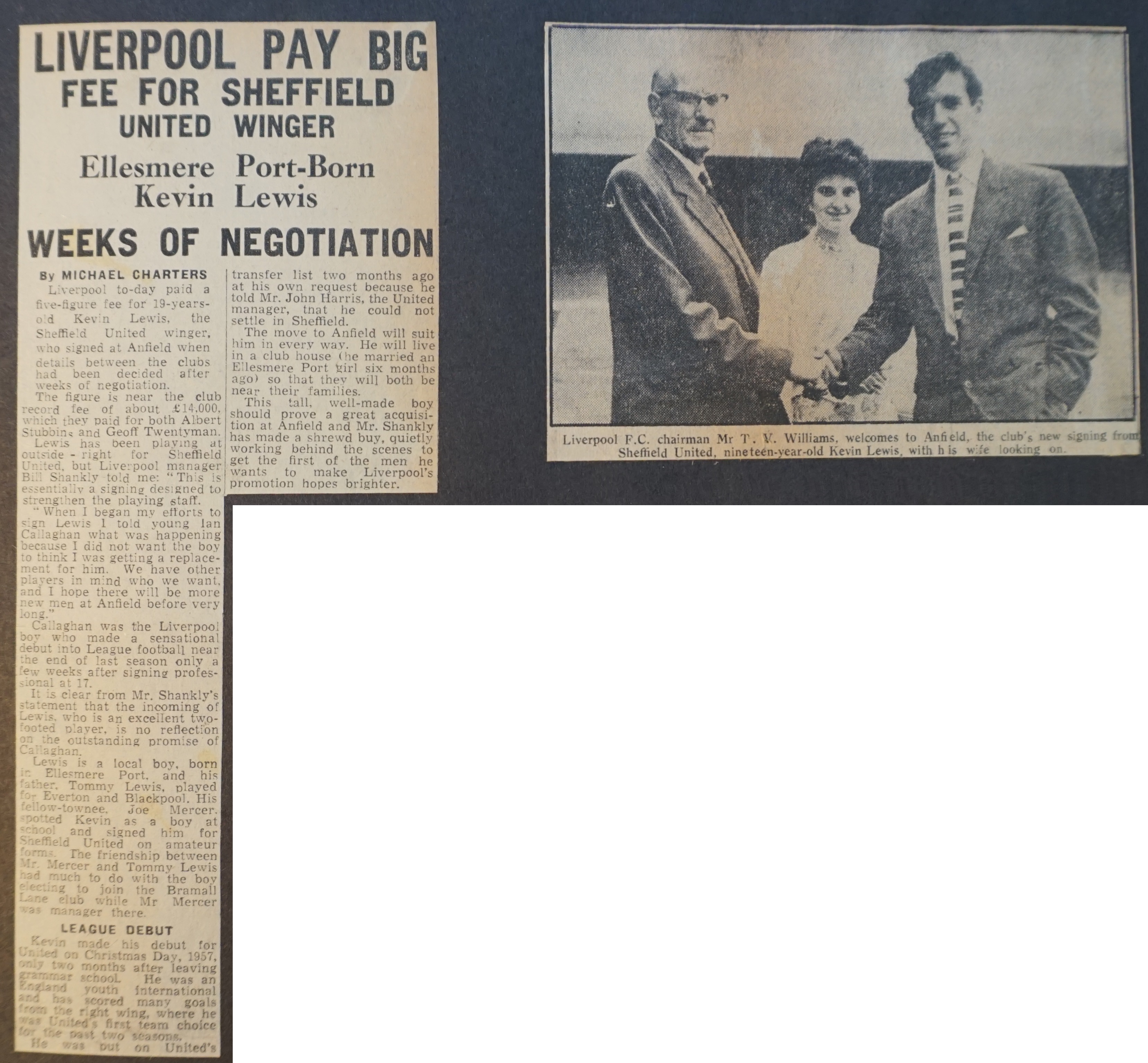 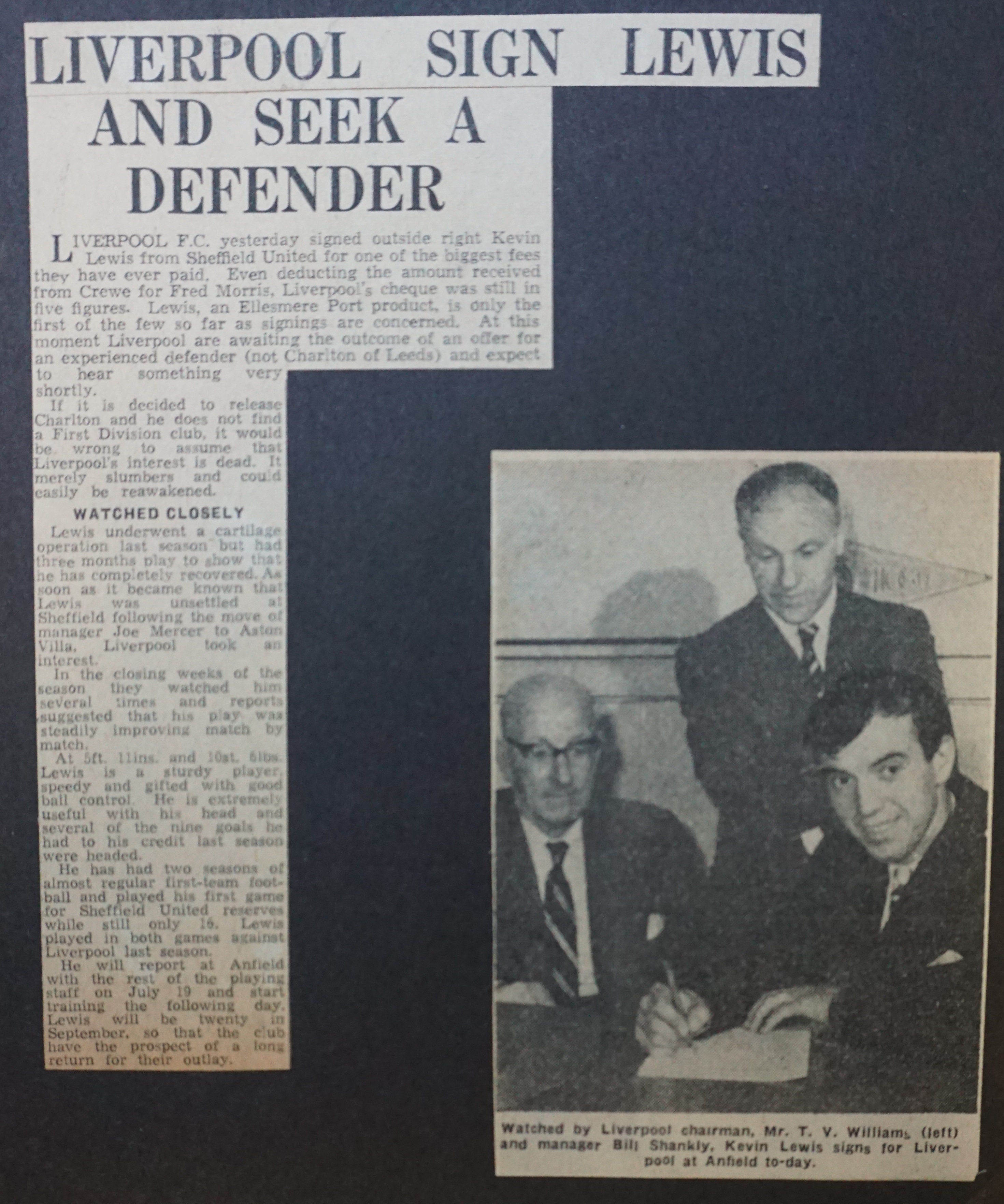 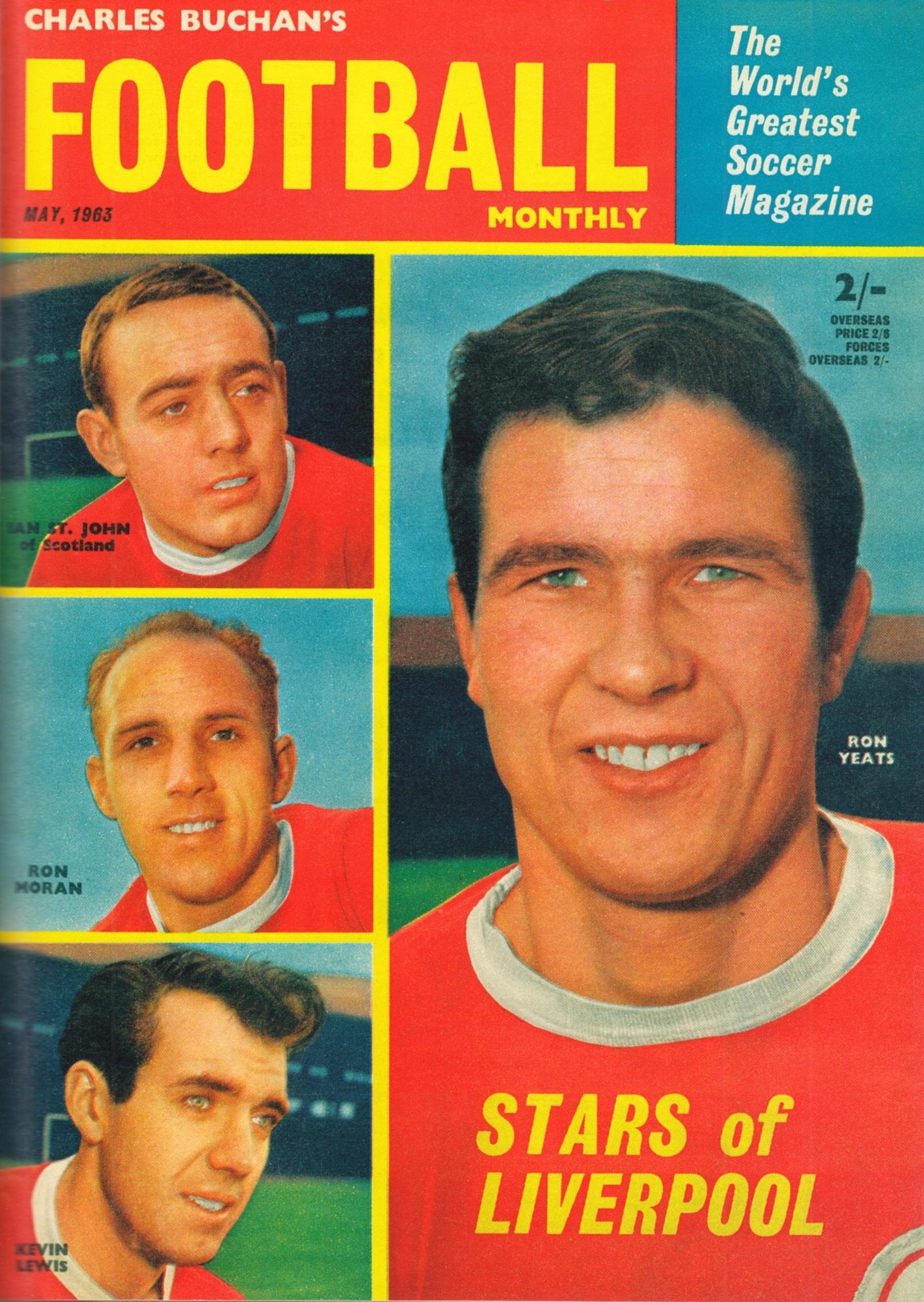 Stars of Liverpool - Cover of Football Monthly May 1963