Irwin proved an able deputy for Alan Hansen or Phil Thompson at the centre of defence or for Alan Kennedy at left-back. Liverpool-born Irwin came through the junior ranks at Anfield and made his League debut at home to West Bromwich Albion on 25 August 1979. A promising start continued in the next League match with a headed goal at Southampton, even though Liverpool lost 3-2. But after starting against Dinamo Tbilisi in the beginning of October, Irwin lost his place and didn't feature in the first team again until six months later. Irwin came close to making his debut a couple of years earlier when he was still a part-timer at the club, training three times a week, while still working as a cameraman technician at a Kirkby factory. The electrician was on standby for the 1977 FA Cup semi-final replay against Everton if Tommy Smith would have been ruled out with a bruised thigh. The veteran passed his fitness test and was part of a 3-0 win.

In 1980/81 Irwin only missed one match from 22 November to 28 March mainly filling in for injured Thompson. He fought valiantly in the second leg of the European Cup semi-final against Bayern Munich but had to settle for a place on the bench in the final against Real Madrid in Paris as he had been three years earlier at Wembley when Liverpool defeated Bruges in the European Cup final. When Mark Lawrenson arrived from Brighton in August 1981, Irwin was longer needed at the club and he joined John Toshack's Swansea for a club record fee of £340,000. Irwin was made captain of the Swans who had a season to remember when they finished sixth in the First Division. Irwin played 37 out of 42 League games, but unfortunately knee injuries curtailed his progress and he only made 11 appearances in the following two seasons when Swansea had been relegated. Irwin emigrated to Australia in the summer of 1984 where he featured for Perth Azurri. When Phil Neal was appointed as Bolton's player-manager in December 1985 he appointed Irwin as the new first-team coach. He remained with the club until the end of the 1986/87 season. Irwin returned later to Perth in Western Australia as a distribution manager for a wine and spirits wholesaler. 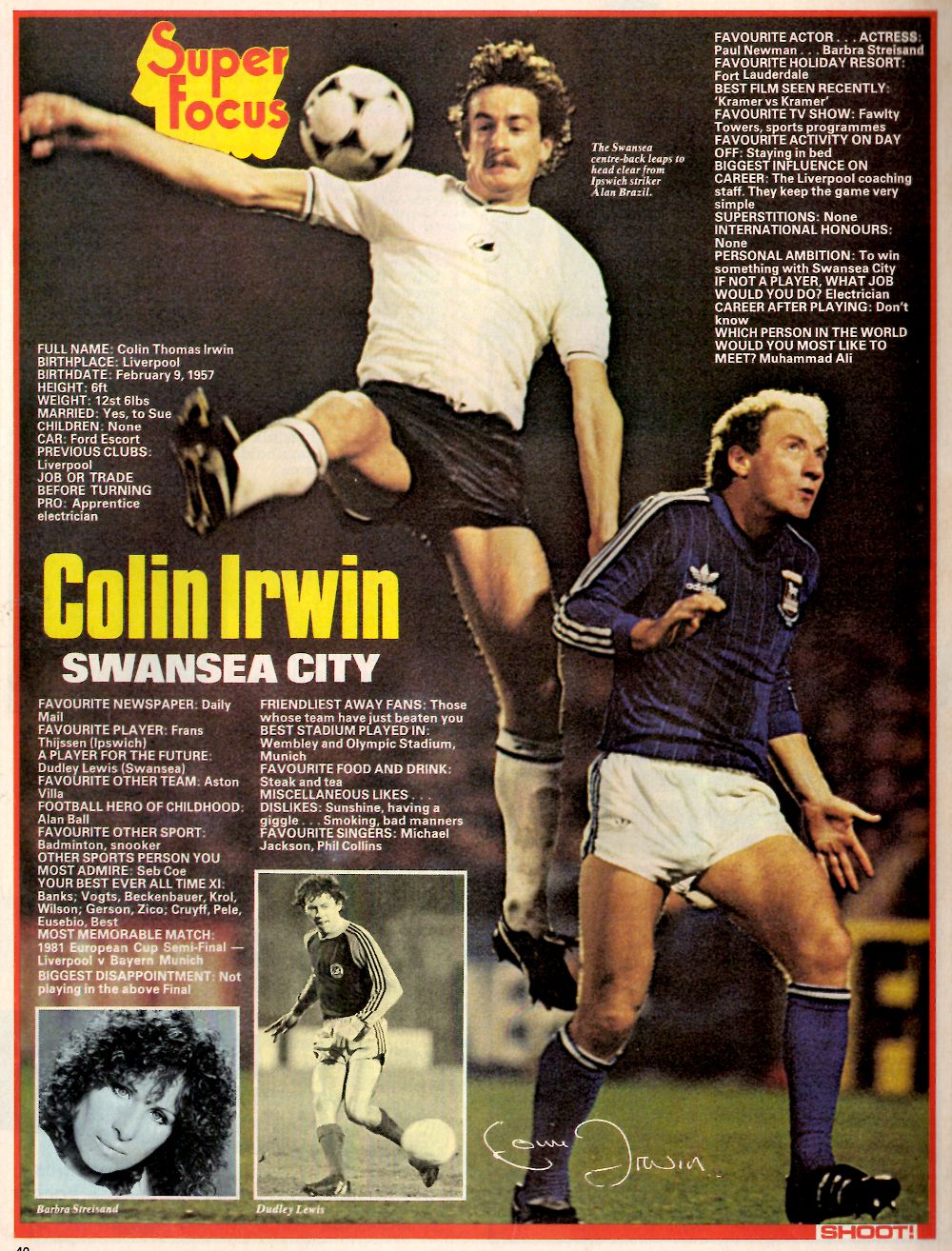