Gillespie was appointed Falkirk’s captain in the Scottish second division at only 17, the youngest-ever skipper in Scottish League history. Gillespie’s calculated and cool approach to the game attracted a number of clubs and he wasn’t even allowed to finish his debut first-team season when he was snapped up by first division Coventry in March 1978. Gillespie had his first injury setback of many throughout his career when he tore knee ligaments at Everton after only five reserve team matches at the Sky Blues. He played six years at Coventry, making around 200 appearances until he wanted to move to another level above an annual relegation battle. He had already had talks with Arsenal in the summer of 1983 when he was informed that Liverpool had come in for him. Joe Fagan’s first signing had his work cut out for him at Liverpool to split up the successful Lawrenson and Hansen partnership in the centre of defence. Gillespie spent the 1983/84 season in the reserves apart from a solitary first-team appearance in the first leg of the League Cup semi-final against Walsall on 7 February 1984. He didn’t exactly win his teammates over when trying to prevent a goal as he hit the ball straight at Phil Neal’s backside for an own goal. “Nealy gave me one of his stares,” Gillespie recalls.

Gillespie made the most of his 19 starts in the 1984/85 season as a replacement for injured Lawrenson and also on occasion as a midfield player. He hadn’t featured for the first team in a month when Lawrenson’s shoulder injury in the third minute of the 1985 European Cup final at Heysel enabled Gillespie to play in the most important game of his career. His foul on Boniek a good yard outside the box led to a controversial penalty that Platini scored the only goal from on this horrible night. Kenny Dalglish took over in 1985/86 and Gillespie finally got his breakthrough in the second part of the season when he featured in 24 out of 29 games, again as cover for Lawrenson as well as playing further up field. He even scored a memorable hat-trick in a 5-0 win over Birmingham at Anfield on 26 April 1986 when playing in defence. He had previously scored one goal for the Reds in 45 appearances so this goal extravaganza came as a surprise to everybody. Gillespie’s second goal started with his run from his own half before exchanging passes with Rush to toe-poke past the ‘keeper. When Liverpool got their second penalty in the game the Kop demanded that Gillespie was given a chance to complete his hat-trick so Mølby gracefully stepped aside. Gillespie was looking forward to playing in the FA Cup final against Everton when a virus kept him out on the big day. He also missed the 1989 final and the only FA Cup final he played in was not a good memory as Wimbledon beat Liverpool in 1988.

The Scotsman played a big part in 1986/87 and the incredible 1987/88 season and the greatest testament to his ability was that Dalglish was forced to move a fully-fit Lawrenson to full-back to accomodate Gillespie alongside Hansen. The three also sometimes formed a central defensive unit. Injuries all but ruined the next couple of seasons for him, but he did manage to play in 35 matches in Dalglish’s final season in 1990/91. When Souness took over he fell out of favour and at 31 years of age Gillespie joined his boyhood idols Celtic where he played 82 matches in three years. In the final season of his career, 1994/95, Gillespie featured in four matches for his old club, Phil Neal’s Coventry, before he had to retire due to a serious knee injury. Following his retirement he got a coaching position at Coventry. Gillespie was on Dave Jones’ coaching staff at Stockport Country when the club got promoted to Football League One in the 1996/97 season. Since then he drifted into the media side of football. He worked for Radio Merseyside for a number of years and he’s been employed by Liverpool’s official TV channel in recent years.

LFChistory's Carl Clemente had the rare opportunity to chat to Gary Gillespie, an influential member of one of the great Liverpool sides of the 1980s.

Gillespie is a small fish in a very big pool, learning, enjoying himself. The name – Gary Gillespie – is one to watch out for.

"There was a big pressure to perform and we were expected to hammer Walsall. At one point I was trying to clear the ball off the line. It smacked Phil Neal in the back and bounced in for an own goal. Nealy gave me one of his stares."

Gary Gillespie's debut was not the best

"Excellent for us at right full-back or centre-back and I think if he'd have had a wee bit of luck with injuries his career would have been much more positive. But even at that he had a very successful career at Liverpool."

"We knew we’d win, it was a case of how many goals today."

Gary Gilespie - Life was simpler back in the good old days

"To have played 50 times for Liverpool by the age of 22 shows the quality he has. He has the potential to be up there with the likes of Hansen and Smith – and that's an accolade of the highest order. The thing that impresses me most about him is his ability on the ball. He has the composure to pick out a pass or bring the ball forward. I don't see that in a lot of centre-backs these days.

When he first arrived he looked a bit lightweight – it reminded me of when I first broke into the team. But he's filled out and worked on his strength. He also reads the game very well for his age and can cover ground quickly. The thing is, centre-back is a position where you only get better with age, so there's a lot more to come from him yet.

Sami Hyypia has been a legend for this club, but Agger has come in and done fantastic. I still think Sami has a part to play at Liverpool and there's certainly no one better for Agger to learn from." At home with Gillespie 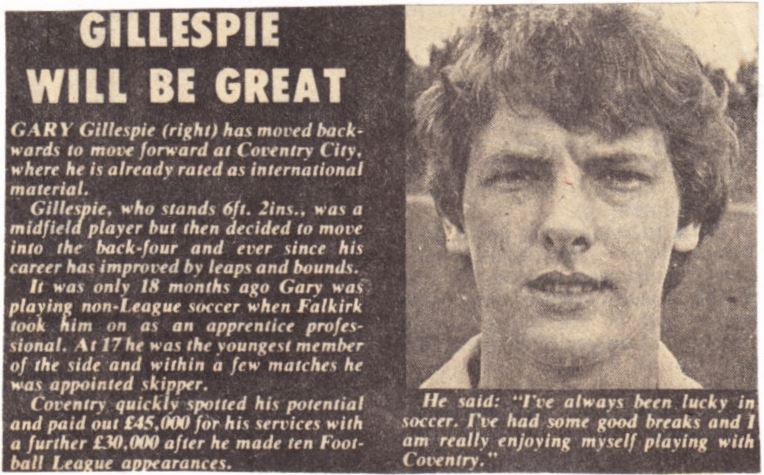 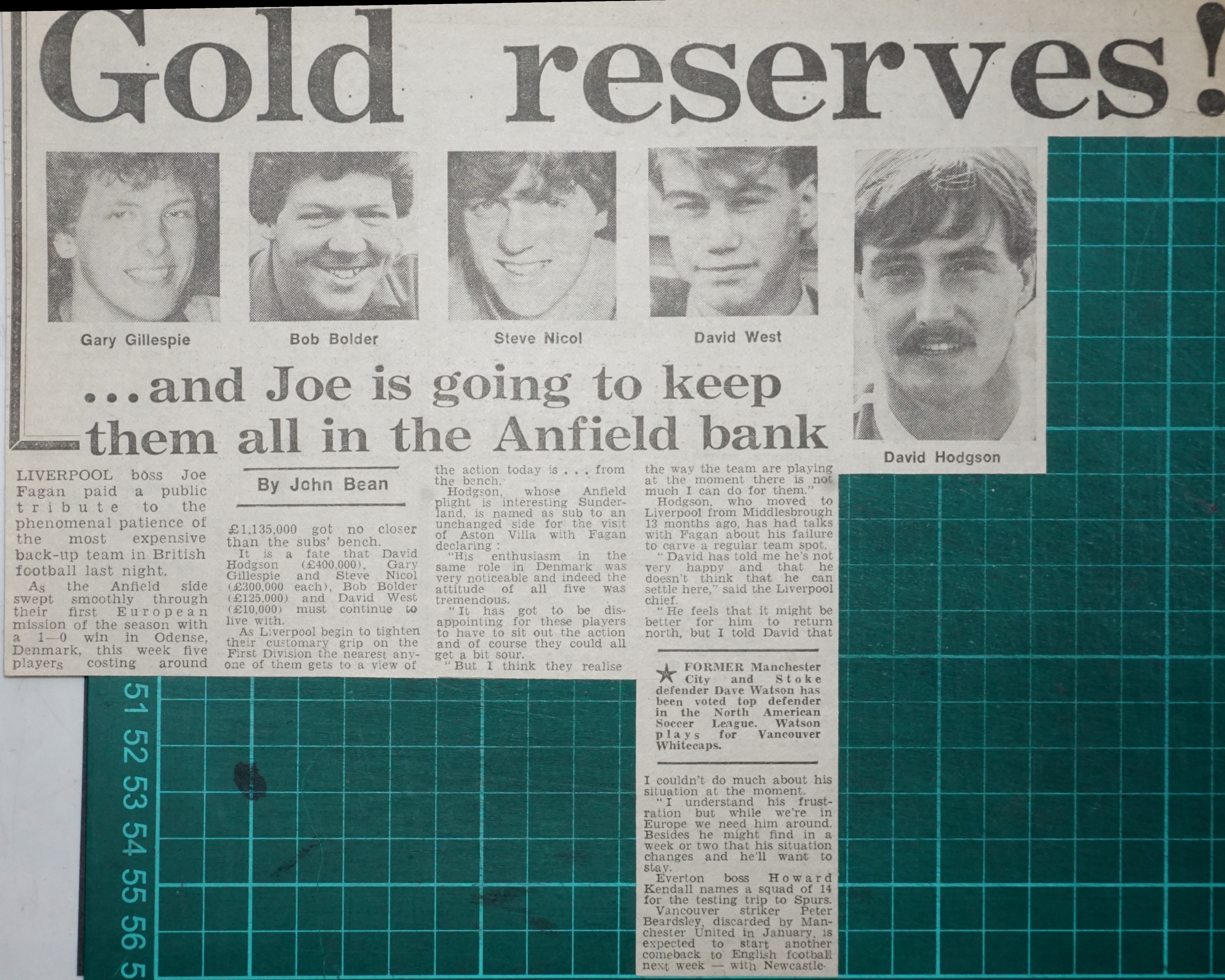 The lad who has already made football history - 1978