Toxteth-born Gayle's shining moment for his hometown club came when he ran Bayern Munich's defenders ragged in the second leg of the European Cup semi-final on 22 April 1981 at the Olympic Stadium. Kenny Dalglish limped off early on and Gayle impressed for an hour despite being repeatedly fouled before he was replaced by Jimmy Case for fear of he would get himself sent off for retaliation. It was a performance of astonishing maturity in such a big game from the young winger and his reward was to play in three of the final four League matches of the season before the European Cup final. With key players fit again, Gayle knew he would not make the starting line-up in Paris and had to settle for a place on the bench. Gayle had made his debut for Liverpool as a substitute for David Fairclough at Maine Road in October 1980 having signed professional forms with the club three years previously. He never added to the first-team games he played for Liverpool in the 1980/81 season and spent most of time in the reserves where he scored 62 goals in 156 games. He will always be remembered for being the first black player who played for Liverpool, a really incredible fact considering the club had been in existence for 88 years! Gayle went on to have a successful career with other clubs, most notably Birmingham City, Sunderland and Blackburn Rovers. He even enjoyed a year in the Major Indoor Soccer League in 1986/87 with Dallas Sidekicks.

Gayle was often on the receiving end of racial abuse from opposing supporters as he explained in Dave Hill's book, "Out of His Skin": "I was spat at, there were monkey noises, and all sorts of racist abuse. It wasn’t pleasant, but sadly it was something I had become used to. From banana skins being thrown at me, to spit in the face at English grounds, to 70,000 Germans at Bayern Munich chanting and making the Nazi salute, it was sometimes horrific."

Gayle's time at Dallas Sidekicks (1986-87) was in the Major Indoor Soccer League and therefore not included in his other clubs.

Gayle's time at Dallas Sidekicks (1986-87) was in the Major Indoor Soccer League and therefore not included in his other clubs.

Howie Gayle is a trailblazer, an idealistic man who tried to break through at Liverpool FC at the height of their success. 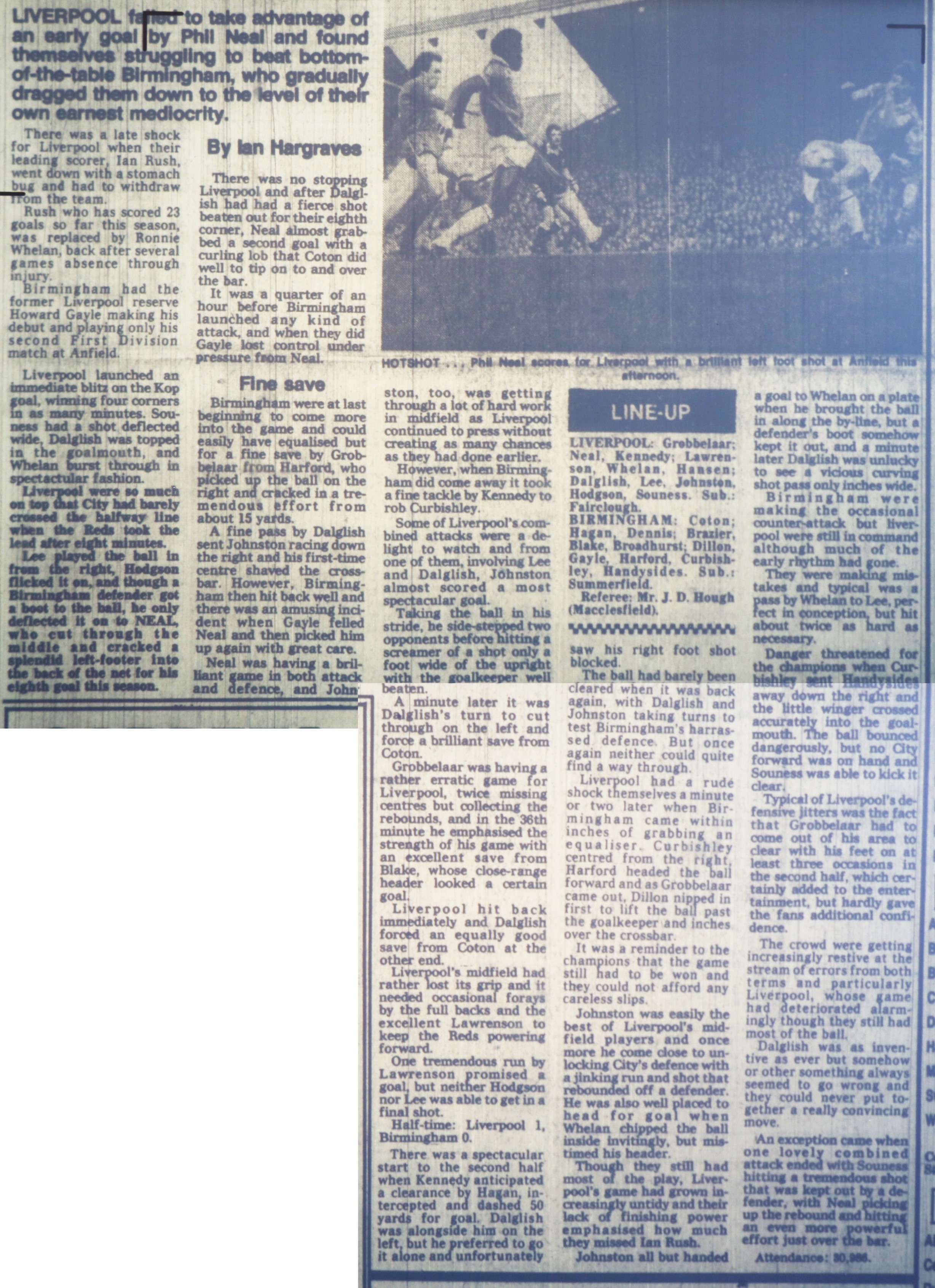 Liverpool Echo report from Liverpool - Man City on 19 May 1981