Signed from Crewe in September 1970, midfielder Arnold made his second first-team appearance for the Reds in bizarre circumstances. Liverpool incurred the wrath of the Football League, and received a large fine as a result, by making TEN changes for the penultimate league match of the season at Manchester City two days after they had won at Nottingham Forest. Ron Yeats was the only survivor from the Forest match. The reason was simple. Already in the FA Cup final, Liverpool had to visit Elland Road with a place in the European Fairs Cup final at stake only two days after the trip to Maine Road and Bill Shankly was not prepared to allow his first-choice players to go through such a punishing schedule with more important fixtures coming up.

Arnold featured mostly for Liverpool's reserves and was loaned out to other clubs while on Reds' books. He was released from the club in May 1973 and moved the following month to Rochdale who finished bottom of the Third Division and 12 months after leaving Anfield he was playing non-league football with Weymouth. Arnold initially retired because of injury in 1976 but returned to non-league football two years later with Connahs Quay Nomads and then West Kirby. 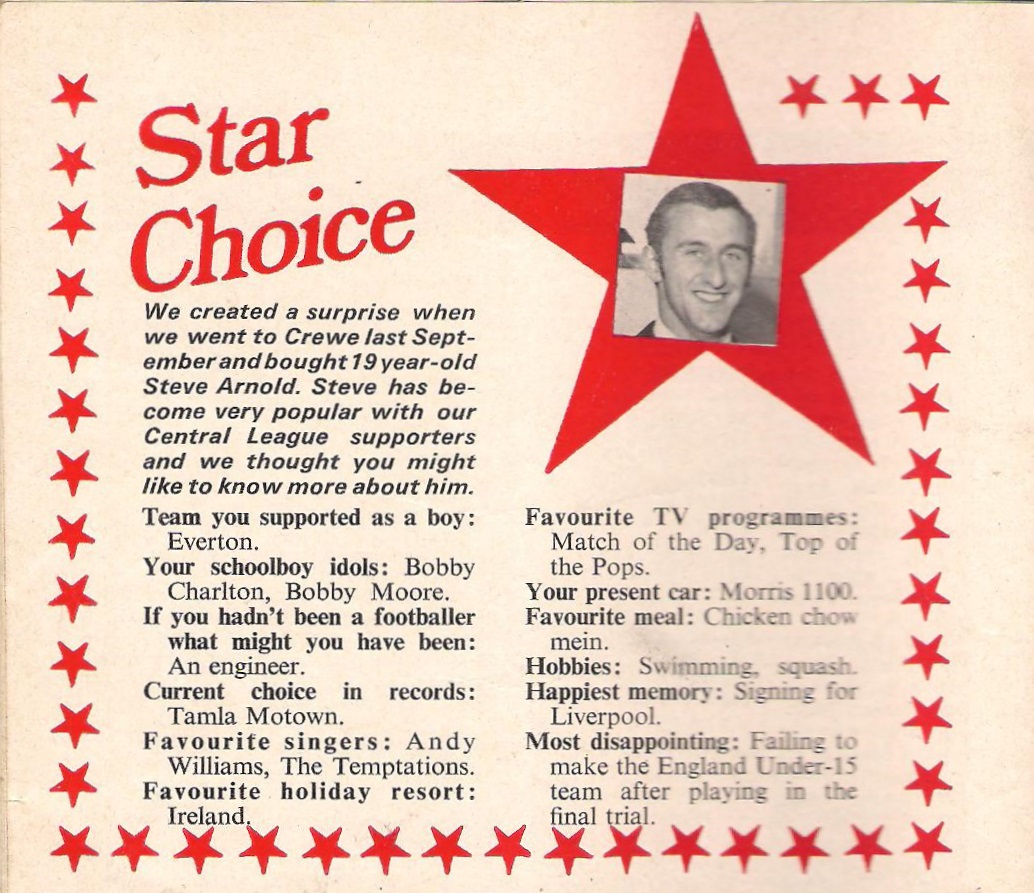 Star Choice from the Liverpool match programme in 1971