The Rise of The Scouse and Fall of The Romano Empire

Defining a timeline between the rise and fall of two great empires is a difficult task. The Roman Empire lasted approximately 800 years and Our Empire in Europe only spans 40 years (so far).

But within our Reign over Europe we have in fact conquered more territory than the Romans ever did. Proof? I knew you’d ask. Here's the extent of the Roman Empire: 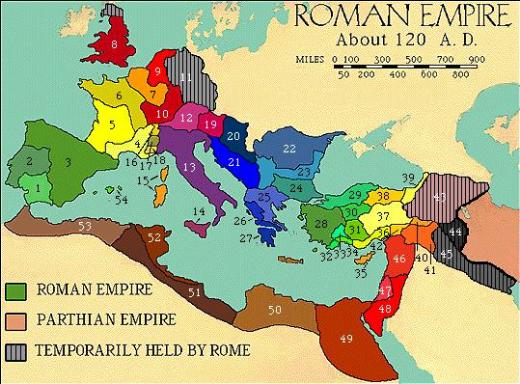 If you add to the above, Ireland, Scotland, Norway, Sweden, Finland, USSR, Ukraine, Crimea and Iceland, you have all the territories where Liverpool have won or knocked out teams in European Competitions. The Rise of the Scouse Empire took just 15 years, and here are the links between important dates in the history of both Empires that end with The Sacking Of Rome.

326 BC: the Circus Maximus is built
Julius 1963: Bob’s chippy in Garston is built

313 BC: the Basilica of Maxentius is completed
Septimus 1963: Garston Puppet theatre is completed on Garston Park

312 BC: the first aqueduct, the Aqua Appia, is built
Octavius 1963: The Ford Road is built

308 BC: Roma conquers the Etruscan city of Tarquinia
Aprilis 1964: Liverpool conquer Arsenal 5-0 and win the League

272 BC: a second aqueduct, the Anio Vetus, is built
Octavius 1964: Garston by-pass is built

264 BC: the Romans destroy the last vestiges of the Etruscan civilization (Volsinies)
Mars 1965: After Three battles Liverpool conquer Germany, by sacking Cologne.
Maius 1965: Liverpool defeated in Milan, but Shankly issues the immortal warning “We shall return”

214 BC: war machines designed by Greek mathematician Archimedes save the city of Syracuse, an ally of Carthage, from a Roman naval attack
Mars 1966: No amount of help from Archimedes can stop Liverpool from conquering Hungary, Honved raised to the ground.

196 BC: the Romans defeat the Macedonian king Philip V at Cynoscephalae
Maius 1966: The Dortmunds defeat the Scouse King Shanks I in Glasgow.

149 BC: Roma conquers Greece with the battle of Corinth (and destroys Corinth)
Octavius 1966: Liverpool defeat Petrolul on neutral territory and takes crown of Romania.

133 BC: Attalus III of Pergamum wills his kingdom to Roma and the whole Mediterranean Sea is under Roman control ("mare nostrum")
Decembri  1966: Foggy weather stalls Liverpool advance through Holland.

106 BC: the Romans defeat Jugurtha, king of Numidia
Octavius/Numa Pompilius 1967: Successes in Malmo (Sweden) and routing of Munich (Germany) overcast by defeat in Hungary.

73 BC: Spartacus leads the revolt of the gladiators
Augustus 1968: Anfield Road End start revolt against the Kop

44 BC: Ceasar is killed.
Septimus 1969: Dundalk is slaughtered

31 BC: Octavianus (Augustus) becomes the first emperor after defeating Mark Anthony at the battle of Actium
Numa Pompilius 1969: Liverpool loose to Setubal on away goals.

30 BC: Cleopatra commits suicide and Egypt is annexed to Roma
Decembris 1969: Harry Catterick contemplates suicide after another poor derby performance.

17 BC: the theater of Marcellus
Julius 1970: The theatre of “Everyman”

6 BC: Jesus is born in Palestine
Mars 1971: Alun Evans scores THREE against the mighty Bayern

2 AD: the Forum of Augustus
Aprilis 1971: The Forum of RAOTL and RAWK 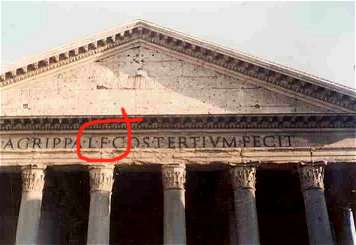 41 AD: Caligula is assassinated and is succeeded by Claudius
Octavius-Numa Pompilius 1972: AEK Athens are murdered and are succeeded by Dynamo

50 AD: the Romans found Londinium in Britain
Aprilis 1973: We found Spurs in Londinium and won on away goals

54 AD: Claudius is succeeded by Nero
Aprilis 1973: I Claudius is on the telly, while Liverpool win the League (That’s 8 for those who are counting)

64 AD: Nero sets fire to Roma and blames the Christians for it
Maius 1973: Keegan sets the pitch on fire as we are crowned UEFA Cup Champions.

70 AD: Tito destroys Jerusalem and Jews spread in Armenia, Iraq, Iran, Arabia, Egypt, Italy, Spain and Greece
Maius 1974: Shankly destroys Newcastle 3-0 at Wembley and Liverpudlianism spread to all corners of the globe (how does a globe have corners)?

78 AD: Leadership in Rome debated
Julius 1974: Fans weep openly in the Street as Shankly calls it a day.

79 AD: the Colosseum is completed
Juno-Augustus 1975: The New stand is built

80 AD: the Romans invade Caledonia (Scotland)
Septimus 1975: So do we and knock Hibernian out of the Uefa

100: the city of Roma has one million inhabitants
Janus 1976: The City of Liverpool has One Million and ONE inhabitants

110: the Basilica of Trajano is completed
Mars 1976: St Johns Market is Completed

122: Hadrian's Wall is built along the northern frontier to protect from the Barbarians
Maius 1976: Liverpool’s trophy cabinet is built to house all the trophies of past and future Triumphs

136: Emperor Hadrian definitely crushes the Jewish resistance, forbids Jews from ever entering Jerusalem, and changes the name of the city to Aelia Capitolina
Augustus 1976: Emperor Paisley definitely crushes the Norwich resistance 1-0, forbids Norwichians from ever entering the City of Liverpool again, and changes the name of their city to Shitus Holeus.

217: the Baths of Caracalla are inaugurated
Octavius 1976: The Baths of Woolton are given Olympic Pool status.

217: Caracalla is murdered in Edessa
Numa Pompilius 1976: Trabzonspor are murdered at Anfield

380: Theodosius I proclaims Christianity as the sole religion of the Roman Empire
30th Aprilis, 1977: FA proclaims Liverpool to play Mancunians at Wembly in May.

395: Theodosius divides the Roman empire in the Western and Eastern Empires, with Milano and Constantinople as their capitals
21st Maius, 1977 Greenhoff divides Liverpool defence at Wembley.

402: the western Roman empire moves the capital from Milano to Ravenna
21st Maius postus-matchius, 1977: The Liverpool empire plans its invasion of Rome

406: Barbarians invade France from the north
22nd Maius AM, 1977: Scousers invade London from the North

427: Gensenric's Vandals crosses the strait of Gibraltar and lands in Africa
23rd Maius AM, 1977: Scouse Vandals cross the Channel and land in Calais

443: the emperor grants Burgundi to settle in Savoy
23rd Maius PM, 1977: Scousers drink Burgundy on their way through France