Vic Gill - I Could Have Been a Contender - part 2

In 1957 13-year-old Liverpudlian Victor Gill had achieved his lifelong dream of signing a contract at Liverpool FC. His life would take a dramatic turn when Bill Shankly took over at the club. This is part 2 of Vic's incredible story. 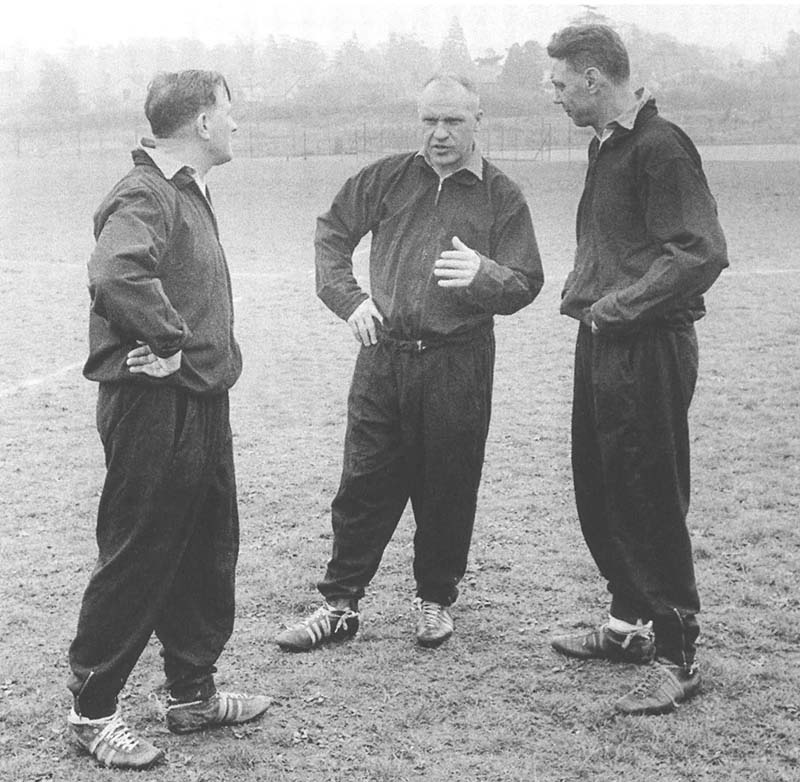 Shankly with this trusted lieutenants: Bob Paisley and Joe Fagan

It was wonderful when Mr. Shankly walked through those doors at Melwood and changed everything. The existing coaching staff had to follow Phil Taylor's training schedules. We used to run on the roads from Melwood down Deysbrook Lane, then turn left up Croxteth Hall lane, half way down there was a road that cut through the estate and came out into West Derby Village, then down Town Row and back into Melwood. We used to run this in pumps. I don't know about the others but the soles of my feet hurt. When Mr. Shankly took over training was a pleasure. He stopped us running marathons and we started playing small sided games, 5-a-sides, two touch, then one touch. I sweated more than in the running. There were lads who didn't want the training to end, me included, we were knackered but it was a lovely knackered.

I think it is safe to say that all the part time and amateur players on Liverpool’s books were a little surprised to have the boss run our training sessions, it certainly hadn’t happened before in my time there. There was lots of ball play and exercise with the balls and we could talk to the boss just like the first teamers, great. I played in every position for the Liverpool junior teams, goalkeeper included. Coach Reuben Bennett said that I would make a good goalkeeper. Joe Fagan liked me playing forward and Bob Paisley insisted that I would be a very good wing half, even saying to me that if I progressed well I could be a second Duncan Edwards, who was also one of my heroes. He was killed in the Munich air disaster in February 1958; he was the youngest player to play for Manchester United and England. He was a great player and the night he died I cried myself to sleep. 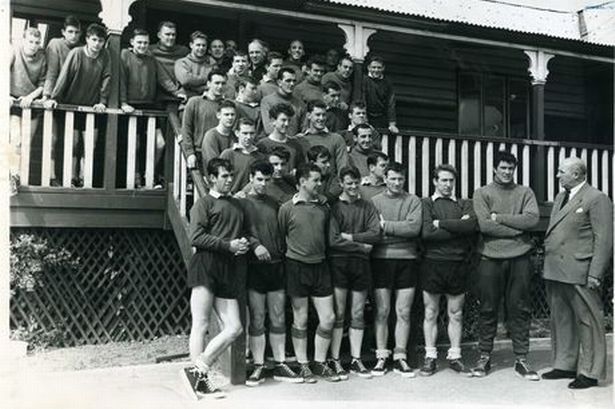 The following week after Mr. Shankly took over we were playing a midweek match at Bloomfield Road, Blackpool. I can’t remember why we were playing midweek because it was unusual but I remember in the team that night was Tommy Lawrence, Tommy Smith, Ian Callaghan, Willie Carlin, Frank Twist and a few other very good players. While we were changing, Tom Bush who was in charge of the team that night said: “The new boss is coming to watch and he’s going to say a few words before you go out”. This was quite a surprise to us because in the previous two years we had rarely seen Phil Taylor or spoken to him. Bill Shankly entered the dressing room and while we were waiting for the pearls of football wisdom to be bestowed on us he said: “Ok lads, keep it simple and pass to a red shirt”. We did and we won 3-2. 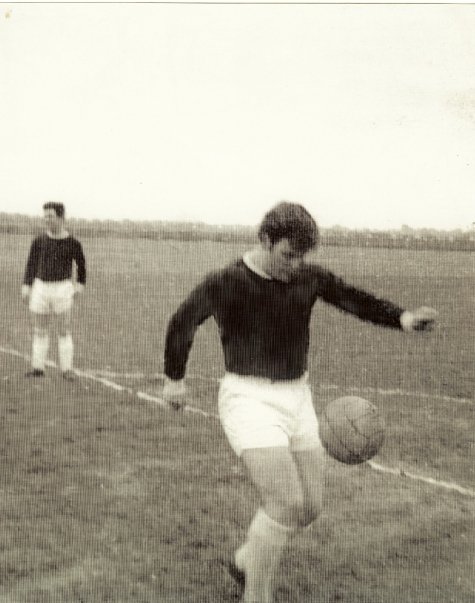 Derby games always take me back in time to my years at LFC. One game in particular stands out for me, not a first team game played at Anfield or Goodison, this one in particular was played at Bellefield, Everton's training ground and on Boxing Day against Everton "A". I didn't enjoy playing in goal, it only came about when our goalkeeper (Trevor Roberts) didn't turn up at Bellefield in time, the team sheets had been handed in to the referee so it was not possible to change anything.

After training every Thursday evening at Melwood the teams for the following Saturday were posted and included a twelfth man (first reserve). This player can only be considered to play if the change is made before the team sheets are given to the referee. Tom Bush explained the situation and asked for a volunteer to go in goal, there wasn't any particular rush so I put my hand up and Tom made the particular positional changes needed. 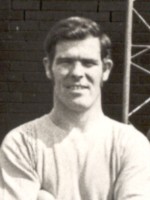 The first half was going ok, I had made a couple of good saves, one in particular from a header I was really proud of but we went in at half time 2-0 down. Immediately I asked Tom if I could come out of goal and play centre forward. There were a couple of things I had seen while standing watching the game and I believed I had the speed to beat their centre half. Tom agreed and asked for another volunteer, Stan Crombie our right full back stuck his hand up. Tom went and told the ref of the change we were making and then turned to me and said: "Their goalie, (a Scottish youth International, Willie Mailey - pictured left) is a bad tempered bugger so I want you to give him loads of shoulder and hit him hard, get him thinking of you and not the ball".

We went out for the second half and we kicked off, a through ball was played and I chased it, Mailey came out and gathered it. I kept on running and hit him fair and square, he dropped the ball then dived on, while calling me a C*nt. We were playing well and then another through ball, I chased it and Mailey was a bit slow to gather so he wasn't ready for what was coming. I hit him really hard and he fumbled the ball, it dropped to my feet and i banged it in the net, 2-1 game on. I could still hear the names he was calling me as I ran back to the centre circle. 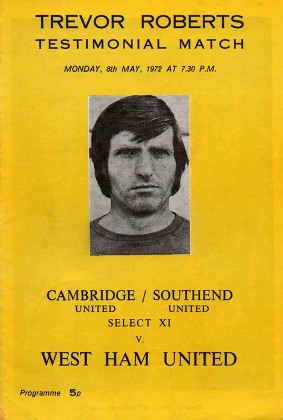 We really dominated the second half but we didn't have the goals to show for it, then another through ball, I chased it, I wanted the goal so much, Mailey gathered the ball and I hit him, really hard. He turned and kicked the ball out of play and proceeded to kick seven kinds of shite out of me. My mate Bobby Corner, a lad from Speke came legging it up the pitch and gave Mailey the most beautiful right hook I have ever seen. Both players were sent off but it was my blood the crowd were baying for. Cheeky bastards.

I suppose I remember that game for the wrong reasons, we lost 2-1 and had a player sent off. Would have been nice if I could have told you that I scored a hat-trick but there you go. A footnote to this story is that Trevor Roberts, the goalie, didn't turn up on time due to the crap bus and rail service they operated on Boxing Day. Trevor lived in Wrexham and was studying at Liverpool University. He ended up at Cambridge Utd and died aged 30 of a brain tumour. I will always remember him apologising to the lads for not making it in time.

I had left school and was working as an apprentice fitter for a company called Davies, Pritchard and Richmond. The factory was at the back of Liverpool airport and they made lifts and conveyors, although I wasn’t very keen on becoming an engineer it was a very good company to work for and the lads were a great bunch, we all got on very well. The city of Liverpool started to come alive around this time, music, clubs and dance halls. You could go to any club or dance hall and dance to fantastic groups; The Beatles, Gerry and the Pacemakers, Rory Storm and the Hurricanes, Billy J Kramer and the Dakotas, Freddie Starr and the Midnighters and many more. 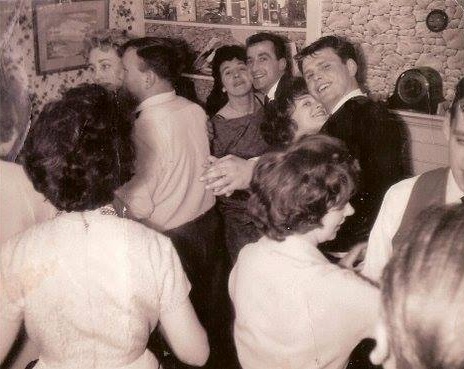 Vic dancing the night away with Gerry Byrne's wife. Gerry is dancing beside them with Vic's aunt

I did most of my training with Ian Callaghan. I had him down as the fastest in the club and I thought if I could keep up with him it would be good for me. Training became a bit of a chore and it wasn’t long before I caved in to my mates and started missing a few training sessions. We would go to the clubs in the city centre; The Cavern and The Mardi Gras, great clubs, great music and lovely girls. I would sometimes turn up for a game not having slept all night. I didn’t realize at first but the coaches soon noticed that I wasn’t playing my usual game and then my name disappeared from the teamsheets.

It was during the close season of 1962 that I waited in vain for my letter telling me to report for pre-season training. It was all over for me at Liverpool, at first I blamed the club but it eventually dawned on me that I had cocked up again and that I had slid down that very exciting ladder. I started the next season with a non league team called Winsford Utd and had a couple of enjoyable seasons there. I floated round the non league for a few years and earned a few bob on top of my wages, a kind of: “Have boots, will travel”. 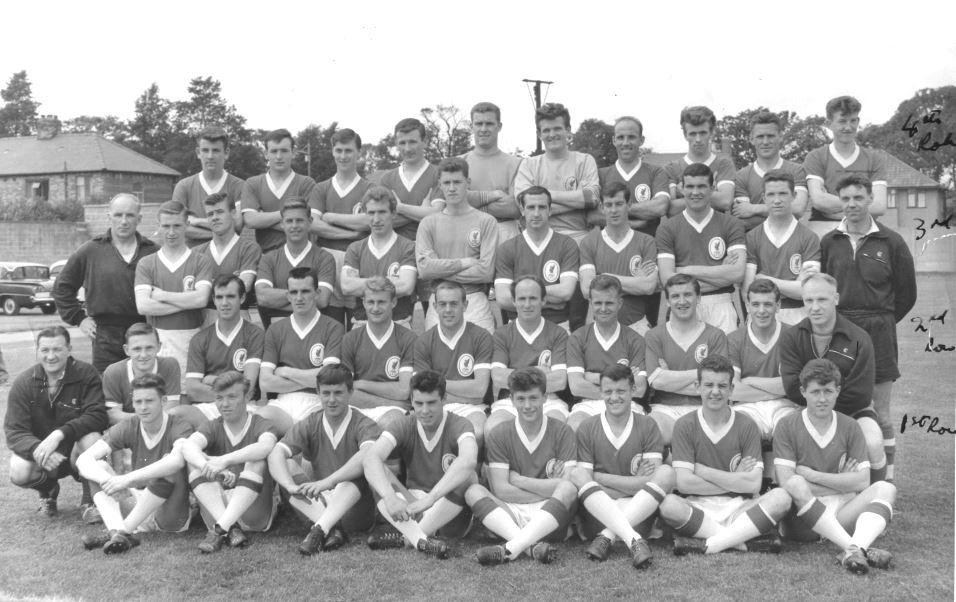 
Bob Paisley was a wonderful man and I am sure he stood up for me... Shanks was a very funny man but it all was about football. He came and watched me play many times and each time he would tell me what a wasted talent I was but I loved it he made me feel good even after I suspect the decision to let me go was his. Once I was sitting in the players' lounge at Anfield having a coffee with Reuben Bennett and a group of young players came in after having their lunch and I asked Reuben who they were and he replied. "Apprentices, Vic and not one of them is fit to lace your boots".

When I look back now I wish that would have had the dedication and self discipline to take the chance that was offered to me at Liverpool, but there it is, I didn’t and I only blame myself for not realizing my dream. In truth I have to say that I was very happy just to be playing football and little did I know then that Bill Shankly was going to return into my life under rather different circumstances.

NEXT WEEK: Vic becomes part of the Shankly family and gets a rare insight into Bill's unique personality away from football.