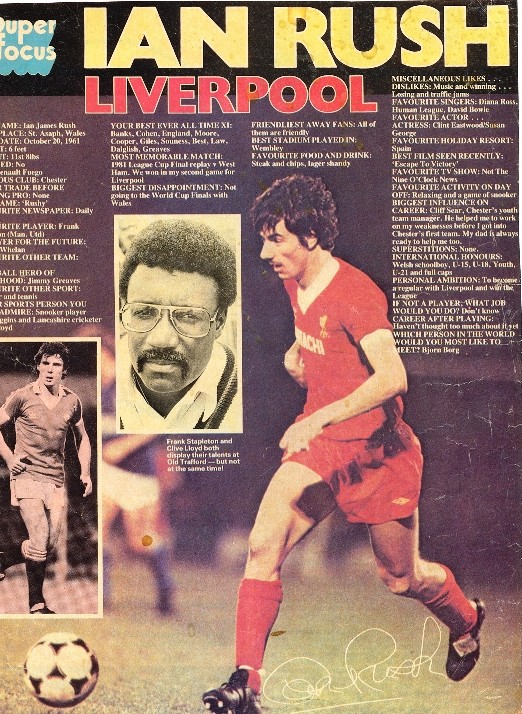 Job or trade before turning pro: None

A player for the future: Ronnie Whelan

Favourite other sports: Snooker and tennis

Most memorable match: 1981 League Cup final replay vs. West Ham. We won in my second game at Liverpool

Biggest disappointment: Not going to the World Cup finals with Wales

Friendliest away fans: All of them are friendly

Favourite activity on day off: Relaxing and a game of snooker

Biggest influence on career: Cliff Sear, Chester's youth team manager. He helped to work on my weaknesses before I got into Chester's first team. My dad is always ready to help me too.

Personal ambition: To become a regular for Liverpool and and win the league

If not a player, what job would you do?:  Don't know

Career after playing: Haven't thought too much about it yet

Which person in the world would you most like to meet: Bjorn Borg