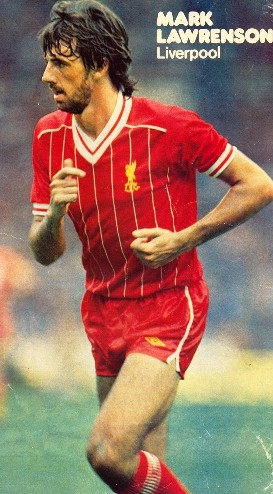 Most memorable match: Clinching my first League medal for Liverpool against Spurs, May 1982

Own magic moment in football: Signing for Liverpool

TV show you always switch off: Nearly all of them

Biggest influence on career: My family and anyone who has given me good advice

What don't you like about football: People who knock it and still make a living out of it

Superstitions: Get changed as late as possible

Personal ambition: To play in the British Open Golf Championship

Professional ambition: To try and win some more medals

Who would most like to meet: Joe Theismann (Quarterback with the Washington Redskins American Football team)