World Cup 2022: These LFC stars could lift the trophy in Qatar! 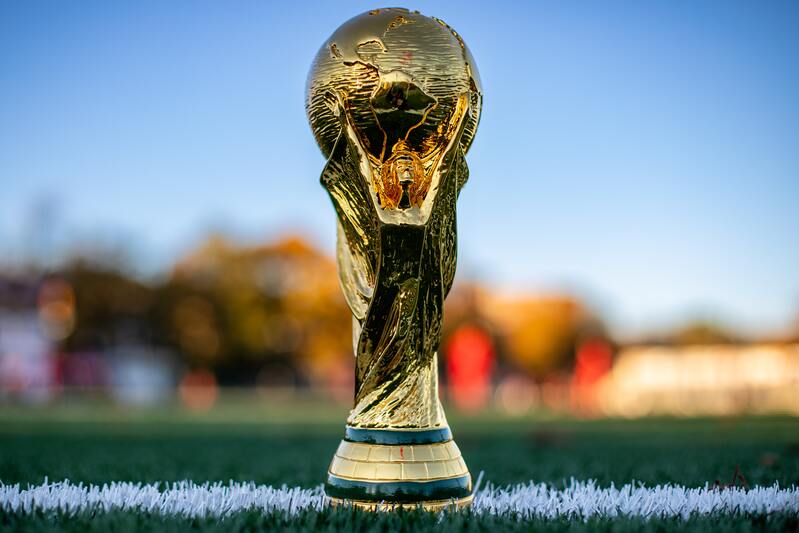 Image courtesy of History Of Soccer

Liverpool has experienced a quite complicated start to the current season. So far, coach Jürgen Klopp's team has not been able to consistently fulfil its potential on the pitch. However, the quality of the squad is still there. No wonder that many players of the past Champions League finalists will represent their nations at the 2022 World Cup in Qatar. A large number of them will even be playing for nations which are probably the biggest favourites for the prestigious World Cup title.

A major sporting event like the upcoming World Cup is always a highlight for all sports betting fans. The bookmakers lure interested sports bettors with lucrative odds and special World Cup 2022 betting offers. With a little luck you can not only cheer for your favourite team but also win some money using your expert knowledge.

Liverpool FC is represented by many players at the World Cup

The FIFA World Cup 2022 in Qatar will start in just a few weeks. From 20 November to 18 December, the best national teams in the world will compete against each other to determine the new world champion in football. Once again, the national teams that have already celebrated great successes in the past are entering the tournament with high expectations.

In addition to the glorious Brazilian Seleção, the reigning world champions France and the motherland of football England are the absolute favourites to win the coveted golden trophy. Players from each of these teams play for the Reds. So the chances of a world champion wearing a Liverpool shirt are pretty high.

Alisson & other Liverpool Players in the Brazilian National Team

The men from Brazil are considered the biggest favourites for the title at the upcoming World Cup in Qatar. With five World Cups, the South Americans have won more World Cup titles than any other nation in the world. Although it has been more than 20 years since they last won a World Cup, the quality of the Brazilian squad means there is a good chance that this situation will soon come to an end. Following the historic 7-1 defeat to the German national team at the 2014 World Cup at home, coach Tite's team took a great development.

After Olympic gold in 2016 and the Copa América title in 2019, the next success should be celebrated this winter. The Seleção also impressed across the board in the World Cup qualifying round, winning each of their first 10 matches. Seven wins in a row would be enough for the World Cup title.

Some of the players from the Liverpool FC squad are expected to help. The focus is, of course, on goalkeeper Alisson. He will most likely start the tournament as the Brazilians' Number One. That is not a matter of course. In the Brazilian Seleção, he will be competing with permanent rival Ederson from the English champions Manchester City for the regular place in the Brazilian goal. Both goalkeepers are absolutely world class and have the potential to win the trophy as best goalkeeper at the 2022 World Cup.

Also represented in the Brazilian line-up is midfield powerhouse Fabinho. The 29-year-old defensive midfielder is a regular under Jürgen Klopp and is also likely to play a decisive role for national coach Tite. No coach will want to do without his qualities. The Reds also have a player up front in Roberto Firmino. However, the 31-year-old experienced centre-forward is only likely to play the role of a rotation player. The competition in the Brazilian offensive is too great. With Neymar, Vinicius Junior, Gabriel Jesus and Co., the Brazilians have several top players of international calibre in every position.

The motherland of football impresses with a squad that has a market value beyond the billion mark. England thus leaves the competition behind in this discipline. Accordingly, the quality of the English national team is overwhelming. The Three Lions have already shown promising performances at the past major tournaments.

At the 2018 World Cup in Russia, the team advanced to the semi-finals and ended up a proud fourth by losing the third place match. At the last European Championship in 2021, England even failed to reach the final. The Three Lions were defeated by the strong Italians at home in Wembley Stadium. This year, the team finally wants to bring the next big title to England. Hopes are high in the motherland of football!

Trent Alexander-Arnold has similarly strong competition on the right side of defence. Here he will be up against the experienced Kyle Walker from Manchester City and Kieran Trippier from Newcastle. It will be exciting to see which of the three world-class wing-backs will come out on top in the end.

The reigning world champions are regarded as the best-stocked squad of all participating national teams, especially across the board. After winning the 2018 World Cup in Russia, coach Didier Deschamps' team will give everything to defend the title at the 2022 World Cup. The Équipe Tricolore proved that top star Kylian Mbappe's team is still hungry for titles by winning the newly created UEFA Nations League 2020/21.

With a bit of luck, young Liverpool FC centre-back Ibrahima Konate could still make the French squad. But the competition is tough: Jules Kounde, Raphael Varane, Benoit Badiashile, William Saliba and Dayot Upamecano. Nevertheless, the 23-year-old Liverpool player has probably not yet given up on his dream of the 2022 World Cup. Injuries or slumps in performance by rivals could mean his big chance.

The Netherlands team will start the 2022 World Cup with underdog chances. However, with its extremely highly-stocked central defence, the team of national coach Louis van Gaal has the chance to pose problems for any national team in the world at any time.

Together with Matthijs de Ligt from German champion FC Bayern Munich, Virgil van Dijk forms the Dutch defensive bulwark. Van Dijk is also the captain of the Dutch team. A World Cup title would be a big surprise, but not completely unrealistic given the quality of the Dutch squad