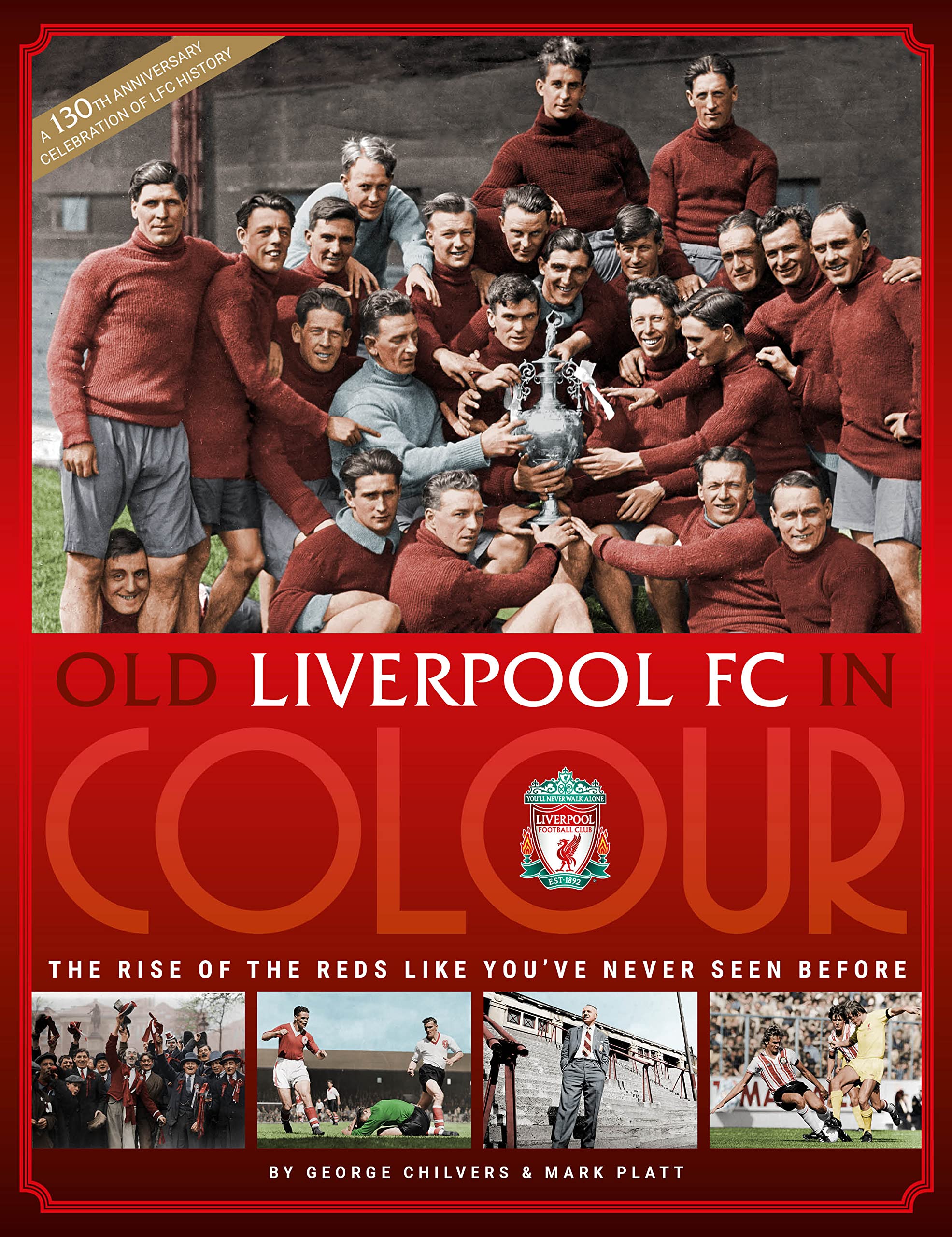 A very high percentage of Liverpool supporters will quite quickly get to learn that the club has had a rich and famous history since its birth one hundred and thirty years ago. However, there is still, oddly, a misconception from some of the fan-base that things only really started to take off after the arrival of Bill Shankly as manager towards the end of 1959. It is true that much has been achieved by the club in the subsequent decades but it shouldn’t be forgotten that there have been other golden periods in the club’s history, particularly in the first decade of the twentieth century and also in the 1920s.

Sure, we remember best what we have lived through ourselves but we shouldn’t forget what came before us. In the same decade that Shankly arrived at Anfield and afterwards books started to be published about the lives of well-known footballers. Billy Liddell’s “My Soccer Story” came out in 1960 and many other luminaries of LFC’s playing days in the following couple of decades had biographies and autobiographies published (Ron Yeats, Ian St. John, Tommy Smith, Phil Neal and others). Most of the pictures that accompanied the text of these books were provided by local/national newspapers and/or the players’ own personal albums. The reproduction of these photographs was of a reasonable quality but most of them were black-and-white. Charles Buchan’s Football Monthly, which ran from 1951 until 1974, was one of the early publications to have colour pictures and this was followed by the Goal and Shoot magazines of the 1960s and, in more modern times, plenty more since the advent of the internet.

Books about players’ lives have continued to appear until we reach the situation we have now with the plethora of publications that are available today, some official and some not. So aficianados of the sport of football have got used to being able to look at excellent colour pictures of the sport as it is played today. But of course it wasn’t always this way. For the first few decades of Liverpool Football club’s life people interested in the club’s progress could read about what was happening but rarely got the chance to scrutinise photographs and certainly not colour photographs. It was the same in film where colour was used in some of the early silent movies but did not really become prevalent until the 1920s and it wasn’t until the late-1950s that most Hollywood productions were being shot in colour.

Now we are into a whole new ball game with this stunning book put carefully together by George Chilvers and Mark Platt. Mark is already well-known for many previous publications about LFC and there are very few writers who can match his ability to make the reader feel he is actually there as he reads about a particular match or period in the club’s life. Just as in his 2017 “The Red Journey : An Oral History of Liverpool FC” Mark goes carefully through the club’s history in a strict, chronological order. Yes, there were excellent pictures in that book and others Mark was involved with but what we have here in Old LFC in Colour is something new and quite astonishing, which is down to the staggering ability of George Chilvers to turn greyscale or black-and-white into colour. How he does it we can only marvel at (he does explain the process inside the book) and enjoy because the end result is absolutely awesome as he goes right back to the early days allowing us to see an early “Team Of All The Macs” in their blue and white shirts with every man pictured having been born north of Hadrian’s Wall. Numerous team groups follow enabling us to study the changes in kit until we reach the famous all-red which Bill Shankly introduced in the middle of the 1960s and other shirts which had a sponsor’s name emblazoned across the front.

But this isn’t just about team-groups. George has brought into coloured life portraits of many men who contributed hugely to the club’s success like founding father John Houlding and early superstars Alex Raisbeck and Elisha Scott. Great moments are not forgotten either as when Phil Taylor presented his team to King George the Sixth before the 1950 F.A. Cup final at Wembley. Two iconic moments from Merseyside derbies at Goodison Park also get George’s special treatment where his attention to detail is quite remarkable. We have a view from behind the goal of Sandy Brown’s header into the Park End net in 1969 but in his colourisation of Roger Hunt’s late equaliser after Liverpool’s return to the top division in 1962 we can see not just the players celebrating but also supporters jumping up with raised arms in Everton’s old Main Stand.

The fans are not forgotten, nor is the European adventure which began in 1964. The closing chapter of this book recalls the “extraordinary era” of the 1980s. 1990 saw the end of a period when the club won six First Division championships in the course of just nine seasons. Much has happened since then too, especially on the European stage. But the decision to end the story before the Millennium is deliberate because, as Mark points out, very little has been published since then that has not included colour photographs.

Nothing like this ever been produced before. It is a real labour of love from two men who are steeped in the history of a famous football club and who have probably already forgotten more than most of us will ever learn about that club. George and Mark can be very, very proud of what they have achieved here. This is a phenomenal publication and every time you turn a page in it you will be confronted by something new to astonish you even further than you have already been astonished. Well done, guys. This amazing masterpiece is nearly a hundred years of LFC’s life or, as the book’s cover proudly declares, “The rise of the Reds like you’ve never seen before”.