Imagine How Much Kenny Dalglish Would Be Worth Today 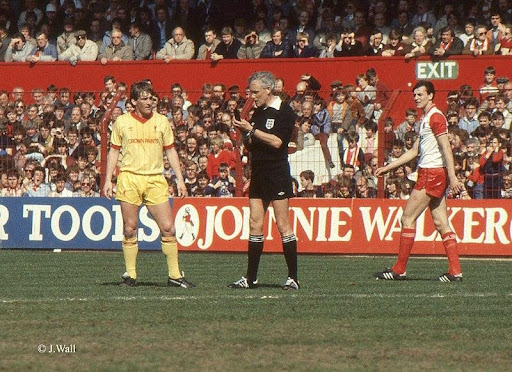 The signing of Kenny Dalglish from Celtic in 1977 cost Liverpool just £440,000. That transfer fee is the equivalent of £2,795,000 in today’s money, but you’d struggle to sign a League One player for that these days.

1977 saw Kevin Keegan (a £33,000 signing from Scunthorpe and initially earning £50 a week) leave Liverpool and sign for Bundesliga side Hamburg. Liverpool needed a replacement, and it was the Celtic player that they chose. Dalglish had scored 167 goals in 320 appearances for Celtic. The last six seasons had seen him score at least 15 league goals, including 39 over the previous two. Not a bad signing for £440,000, then, and he soon started paying off that transfer fee. He played an astonishing 62 games for Liverpool in the 1977/78 season. Dalglish kept up a high standard throughout, scoring 31 goals. A successful first season ended with him scoring the winning goal as Liverpool beat Bruges 1-0 to win the European Cup.

Dalglish didn’t just replace Keegan; he almost made fans forget he existed. He soon showed that by scoring against Keegan’s new club in the European Super Cup in one of his first games. Imagine if he was playing for the Reds now; he’d certainly cause the Liverpool title odds to shorten. Squad rotation just didn’t seem to happen in those days. After making his debut at the start of the 1977/78 season, Dalglish played in every league game until finally missing one in the 1980/81 season. Just eight league games were missed in his first six seasons with Liverpool. Imagine that happening today.

It only took him seven seasons to reach 400 appearances for Liverpool. That meant he was nearly always part of the team, whether it be the First Division, FA Cup, League Cup or European successes. Only once in his first six seasons with Liverpool did he fail to score 20 goals in a season. That was in 1980/81 when he only played 54 games for the Reds. Even with that reduced contribution, Liverpool still won the European and League Cups. With a striking partnership being formed with Ian Rush, Liverpool was fearsome opposition.


What About Today’s Value?

How much would he be worth today? Dalglish was 26 when he left Celtic for Liverpool. He’d established himself with both Celtic and Scotland, back when they used to reach World Cup finals and England didn’t. Now, a transfer might see an initial bid of £75 million for him, but that would most likely be laughed at. Perhaps another £25 million on top would get his signature on a contract. You see, Liverpool doesn’t just have to thank Kenny Dalglish for the many goals he scored. 1985 saw Dalglish become the Liverpool player-manager, and he proved just as successful in his new job. Three First Division titles, a couple of FA Cup wins and four Charity Shields were won in six years. 1989 saw the Hillsborough disaster, and Dalglish was praised for his behaviour on the day and during the difficult times ahead. He resigned in 1991, with Liverpool top of the table. Other managerial positions included winning the Premier League with Blackburn Rovers.

Eventually, he returned to Liverpool and, in 2011, again found himself as first-team manager. He signed Andy Carroll from Newcastle for £35 million. If an injury-prone striker can cost that much, then that £75 million estimate for Dalglish in today’s market might definitely be an underestimate. We can probably safely assume King Kenny would cost over £100 million in today’s transfer market. Therefore, let’s summarise just what Kenny Dalglish (now rightfully Sir Kenny) brings to the table. A striker that can always be relied on to score goals, especially in the most important matches. Injuries didn’t affect him too much, and playing over 50 (sometimes over 60) games a season was no problem at all. Add that he became a successful manager and ambassador for the club, and you have one heck of a great acquisition.

Imagine what could happen If Kenny Dalglish was part of the current squad? He’d form a successful partnership upfront with Mo Salah for sure. Dalglish might even be the player-manager, showing his skills both in the dugout and at times on the field of play. So how much would he be worth in today’s transfer market? Jack Grealish cost Manchester City £100 million, and he doesn’t even play regularly in the first team. Signing Dalglish must be at that level, if not slightly higher. Whatever the cost, you’d know one thing, and that is he’d be value for money.