Shanks, Yanks and Jürgen: The Men Behind Liverpool’s Rise Again 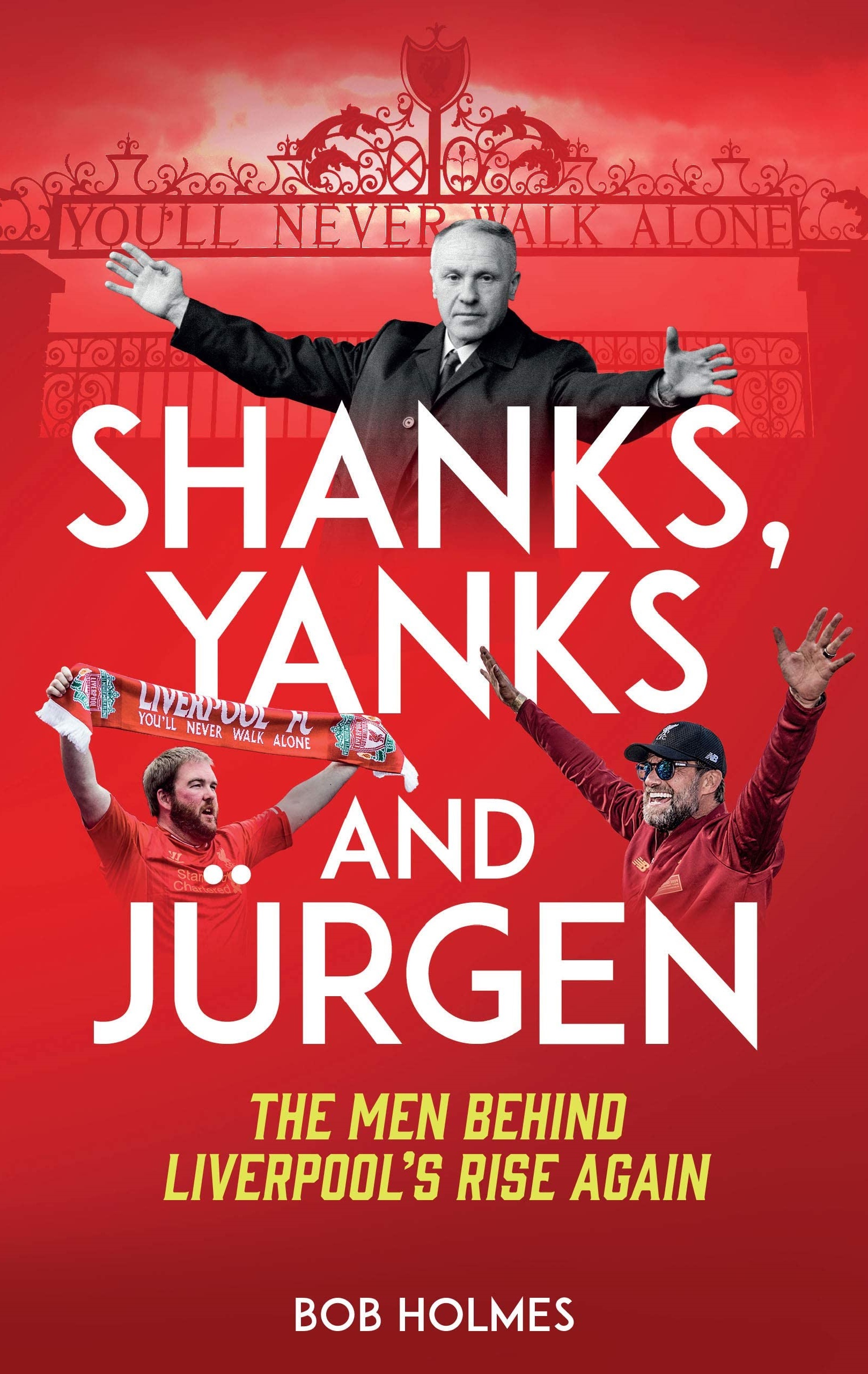 You can’t achieve great success without having a great leader. Liverpool’s most successful times are those years when they were led by the most charismatic managers. Without them, even the finest players were suffering defeats. Bill Shankly is the man who started our post-war success. Without him it's almost certain that Liverpool wouldn’t be as big and successful today. Born in a little village of Glenbuck, the Scotsman initiated huge changes and brought the Reds back to the top flight. First of December 1959 became a turning point in the club’s history. Nothing was the same again. Bob Holmes analyses the life and career of the Anfield hero – starting from 1913, going through his childhood, first steps in football, beginning of his managerial career and, finally, 15 fantastic years at Liverpool. He tries to understand and explain the character of the man who made our club shine again. Holmes wants us to think about the game and man-management in the same way as Bill Shankly did.

Shankly’s successor, Bob Paisley, even went on to greater success than his predecessor but Shanks had already laid the groundwork. The author focuses a lot of attention on Paisley too, although not as much as on the legend from Glenbuck. Paisley's influence on his successors like Joe Fagan, Kenny Dalglish and Roy Evans was undeniable. Of course, it’s not just managers who stand behind team’s success in football. The club’s owners also play a big role – they can bring the team to the top or make it look like a complete mess. Liverpool have already seen both in the 21st century. When a pair of cowboys took over the club in 2007, the Liverpool Way seemed to be gone, buried and forgotten. Three and a half year of utter chaos almost led LFC to a ruin. Hicks and Gillett turned out to be a curse rather than a rescue. Would Bill Shankly be able to work with them? Would Bill Shankly prevent those two from causing so much damage to Liverpool? Absolutely every decision made by the American businessmen was like taking another action against club’s own history, traditions and identity.
Surprisingly, the salvation also came from across the ocean. John W. Henry purchased Liverpool after a heavy legal battle with his countrymen. Unlike his predecessors, Henry knows he’s not an unerring man and he might make a wrong move from time to time. However, (once again, unlike his predecessors…) he can fix his mistakes and make a U-turn from a bad decision. And he made a few steps which we’ll be always grateful for. First and foremost, signing Jurgen Klopp. Bob Holmes sees the German as Bill Shankly of our time, a tactical genius mixed with man working and living in compliance with The Liverpool Way. Shankly’s philosophy on the game and the club is alive again. How would the Glenbuck-born manager find himself in the 21st century’s football? We can’t tell it for sure, but Klopp’s work and stance gives us some clues and Bob Holmes has done his best to make us imagine.
Order a copy!