The Shankly Hotel on Victoria Street in Liverpool opened its doors in August 2015. owns Shankly.com so we were obviously excited about visiting the hotel. We were lucky enough to be granted the chance to sit down with the director and grandson of the Monarch of Merseyside; Christopher William Shankly Carline (son of Jeanette), to answer some of our questions regarding the hotel.

How did the idea of the Shankly hotel come about?
It was an idea I had been toying with for a few years. I had always wanted to do something in my grandad's name and the possibility of setting up a hotel had always been my primary ambition. I follow Liverpool Football Club home and away and many of the cities I've travelled to seem to accommodate more for football fans; for example, Chelsea has the Chelsea village to house fans in and around matchdays. Therefore, with the of fans coming into Liverpool for the football, I thought there was a need to cater to them.

How difficult was turning an idea into a reality?
One of my closest friends was a development officer in Liverpool. His job was to meet with developers etc and bring investment and projects to the city. He introduced me to a number of individuals and companies all of whom wanted to go forward with the project, but for us, as the Shankly family, it was extremely important to find the right people to do the venture with as my grandad is iconic and known for being the man of the people. The partner in the project needed to have a similar ethos and work with us to make sure the completed hotel also carry this ethos. Every time I met with someone; I’d go away and do due diligence and come to the conclusion that they weren’t right for the project UNTIL I was introduced to Lawrence and Katie Kenwright of Signature Living. 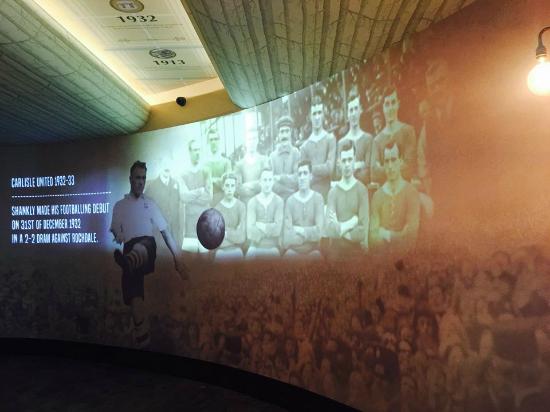 Did you liaise with Liverpool Football Club at all about your interest in building a hotel in your grandad's name?
Yes, I sat down with the club; however, it didn't come to anything and was a waste of time really. No disrespect to the gentleman who I met, but he wasn't a decision-maker. Approaching them with a venture as big as The Shankly hotel, I really should have had the opportunity to discuss my ideas with the senior directors or even Ian Ayre. Anyway, it didn’t happen, but to be honest, the Shankly family don't really get involved much in the club now, we get two season tickets which were my grandad's anyway and we do get invited up for events such as anniversaries etc.

Many of Shankly Hotel's clients would surely appreciate a 2020 Betfred promo code that we can offer them and put to good use even though the season is in hiatus. 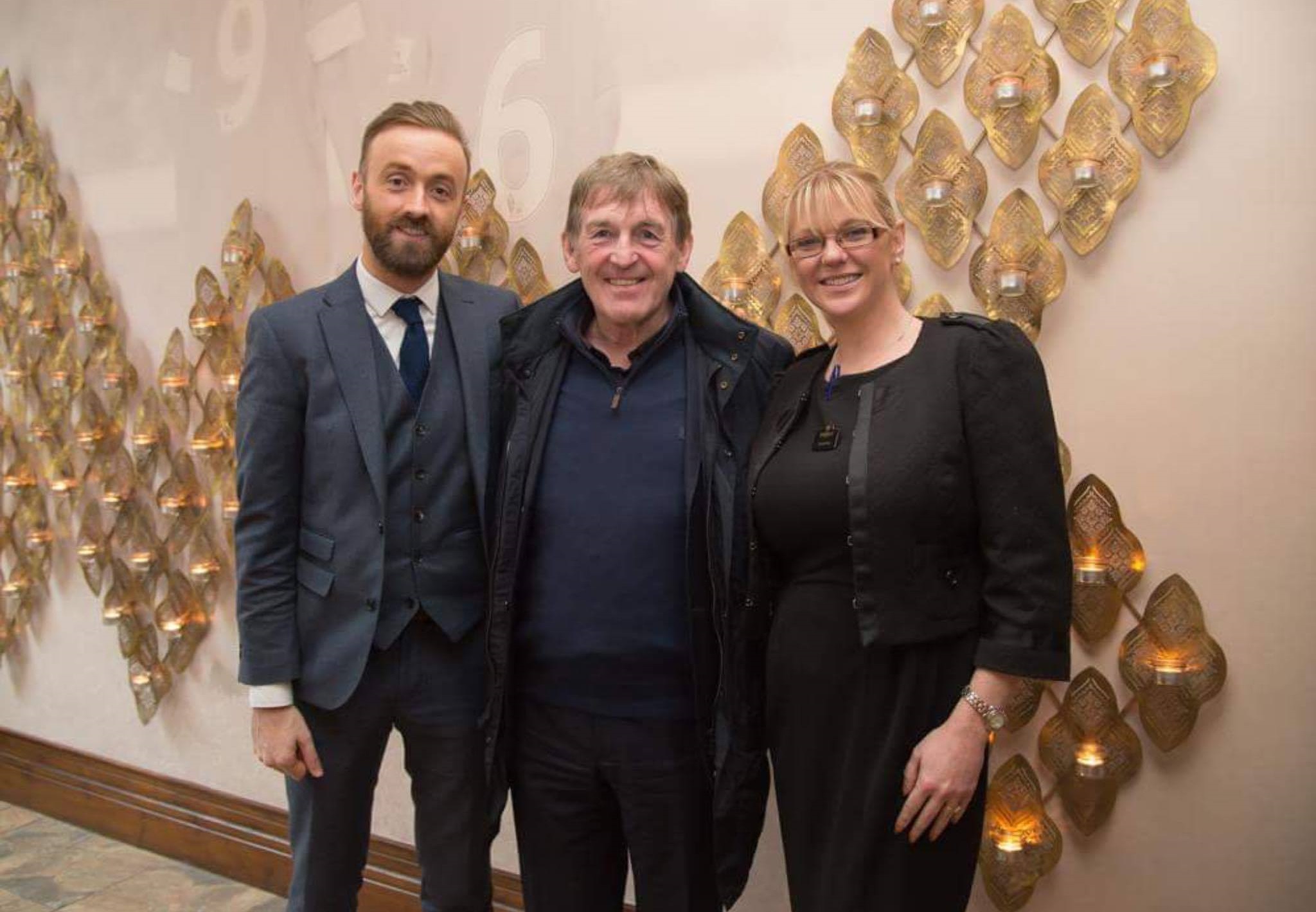 Chris and Guest Relations Manager Emma with the King

Are you mainly catering for Liverpool fans?
Absolutely not, all our Liverpool events and so on are usually held around matchdays, when we are primary catering for football fans. However, we welcome all types of guests, including families, couples and even hen and stag parties. We didn't want to limit ourselves just to Liverpool fans as my grandad was a man of the people and made many friends in football from all over the country. We have had Everton fans staying too as my grandad had a good relationship with the blues and visited Bellefield on numerous occasions after retiring.

The design of the hotel reflects my granddad's personality - Shanklyesque if you like. We never wanted to bombard guests with red flags and banners as soon as they walk into reception. Yes, it has everything a football fan would want but also if you want to come in for a quiet meal or a drink guests aren't overwhelmed with football memorabilia etc. 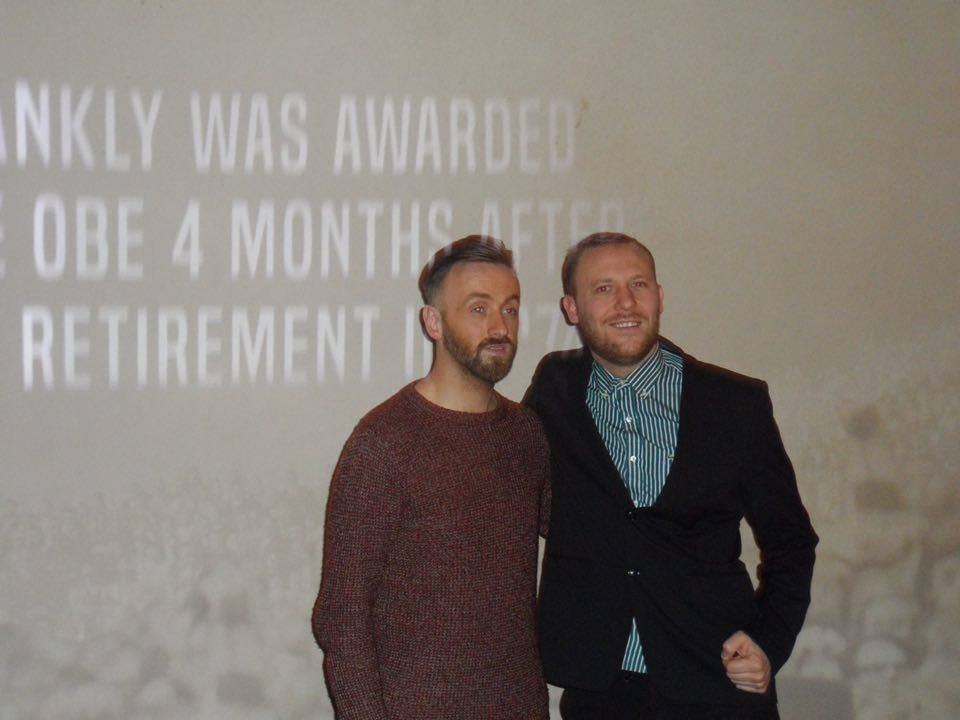 (At this point of the interview a friend of LFChistory.net and former LFC youth player, Billy Howard, broke off to tell Chris about his granddad’s first day at Liverpool which was new to Chris).

"Tuesday the 15th December 1959, I went to Melwood straight from work on my bike; I was early, the only one in the dressing room. I started getting changed and sat down reading the Echo. The headlines were all about “Bill Shankly becoming the new Liverpool manager”. The door opens, in walks this guy wearing a black top, shorts socks and baseball boots. Crikey it’s him, Shanks was stood there before me, what a presence! “Where’s the office son?” he asked me, "Through there, sir," I replied nervously, “” he said and off he went, my life!! He only signed last night and there he was ready for action. I had only ever seen the previous manager Phil Taylor three times, each time he was always wearing a suit and tie."

The Shankly Hotel has certainly been blossoming and as Liverpool will start playing again, fans will, no doubt, rush in to book a room at the hotel named after the most influential man in the club's history.

Interview conducted by Carl Clemente. Special thanks to my good friend Robert Clubley and Billy Howard for their assistance. Copyright - LFChistory.net