On the March with Kenny's Army 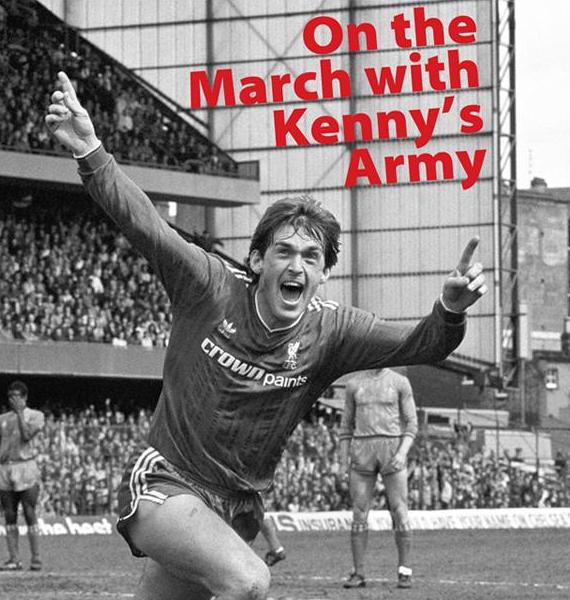 The English football championship and the Football Association Challenge Cup have been won in the same season by seven different clubs a total of eleven times. Even though six of those occasions have occurred since Liverpool Football Club achieved it in 1986, the famous Double as it came to be called remains as elusive as ever to all but the very best. Many clubs have come close (Liverpool themselves in 1977 & 1988, for example) but pre-1986 just four clubs (2 at the end of the 19th century and 2 in the 20th) could boast of such supremacy over their rivals. Liverpool joined a very elite group.

Liverpool teams have won two or more major trophies in the same season a total of eight times. Supporters of different ages would find reasons to justify choosing any one of those seasons to be the best, with each one meriting a book of its own. Because the club had come close before without getting over the final hurdle, maybe 1986 is the best? To narrow a successful club’s best-ever season down to a single one and write a book about it, you have to be spot on. Gary Shaw and Mike Nevin are spot on. “On The March With Kenny’s Army”, published a quarter of a century after it happened, will rekindle wonderful memories to those who lived through the time and bring a new slant on a quite extraordinary year to those who did not.

Gary has done this before as co-author of “At The End Of The Storm”, the excellent 2009 book which told the story of Liverpool winning the first championship after the Second World War. So he knew exactly how to approach a project like this. Just as that book opened up a different world to post-war generations, so does “On The March” record in astonishing detail what life was like in England in the mid-1980s, not just football life but social and political life too. You only need to read one chapter of this book to realise and appreciate the quite remarkable research that has gone into it. 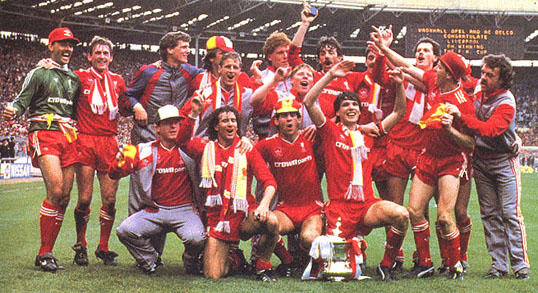 By the summer of 1985 English football was on its knees. Earlier in the year dozens had died at Bradford and Brussels, Millwall supporters had tried to dismantle Luton’s Kenilworth Road stadium during an F.A. cup-tie and there had been other incidents causing injury and death. Attendances were falling everywhere and even armchair fans of the game suffered because of a television blackout of the game for which only international games were exempt. Against this backdrop Liverpool, the pariahs of European football because of what had happened at Heysel and therefore guilty in the eyes of the other exiled English clubs (and their supporters) as a result, had taken the bold step of appointing the club’s first player-manager in Kenny Dalglish, a controversial decision that was accepted better by some than others. Assessing the club’s prospects by examining the strength of its players before this momentous season started, it was considered that “the squad looked old when compared to its rivals, especially Everton”. Also, there was a worry that “some youngsters were unknown, untried or, arguably, untrusted”.

Another unknown was how the senior players would accept Dalglish’s new role, especially long-serving Phil Neal who “was disappointed to have been passed over for the player-manager position”. But the club knew what it was doing. Chairman John Smith and Secretary/Chief Executive Peter Robinson, one of the finest administrators in the game, were confident about the decisions they took and over the next few months that was borne out time and time again. Kenny Dalglish adapted brilliantly to his extra responsibilities and proved himself more than capable of making difficult decisions about team selection, particularly in the way he eased out Neal and his fellow full-back Alan Kennedy and replaced them with the younger duo of Steve Nicol and Jim Beglin.

Manchester United, “the favoured team of a generation of working journalists” (quelle surprise!), start the season in sensational form and win their opening ten League fixtures. But their massive lead is cut to a couple of points as autumn turns into winter and as a bonus Liverpool dump United out of the League cup on the night that Jan Mølby cements his place in the supporters' hearts with a quite extraordinary goal that television is unable to show at the time and is not seen widely until Jan digs a tape of the match out of his loft two decades and more later.

The team finally reaches the top of the table at the end of March but it is Everton not United who are now the biggest threat, especially after winning 2-0 at Anfield in February. By the time the club sits proudly in first place, the F.A. cup semi-final has also been reached and now there is massive talk of the Double all over Merseyside because Everton too are in the last four of the cup. A week after the destination of the First Division title is confirmed, thousands of Merseysiders descend on Wembley for an historic first meeting between the city rivals in an F.A. cup final. Having had to come from far behind to triumph in the 42-match League programme, it isn’t a major surprise that the Reds have to come from behind to win the final as well.

Sixty-three competitive matches are played during the season in which, as well as winning two major trophies, the team also reaches the semi-final of the League cup. Gary and Mike preview, report on and analyse each match in great detail, adding pertinent comments from contributors to the local newspapers as well as public figures of the time. Two such comments are “Liverpool’s reputation as a trouble spot was only cemented in the eyes of the country even more” and “Liverpool is tearing itself to pieces. This is the more tragic in a city which has been renowned for its spirit and solidarity in the face of threat and danger.”

By May 1986 the tarnished reputation of a proud city and its premier football club have been partly if not wholly restored. The credit for that goes primarily to Kenny Dalglish and the men who played in his army or who watched it perform. This wonderful book records extremely well how that army marched across the country leaving defeated opponents in its wake. Although I know the story well, I would have liked to see a few photographs other than only on the front and back covers. But that is a small criticism because On The March With Kenny’s Army is a fantastic account of one of the finest teams English football has ever seen.