The alarm was set for five minutes to seven o'clock of a spring morning 42 years ago. There was a call of high importance to be made precisely on the hour.
There were two periods in a day when Shanks preferred speaking on the telephone. At 7am or shortly before midnight. Times when he could be sure of being at home with his beloved Nessie. Unless of course he was on an away trip with that other abiding passion of his life.

Sir Matt Busby and Don Revie were accustomed to being kept chatting long into the wee small hours. Often, curiously, on a Friday night before his boys played Manchester United or Leeds on the Saturday. 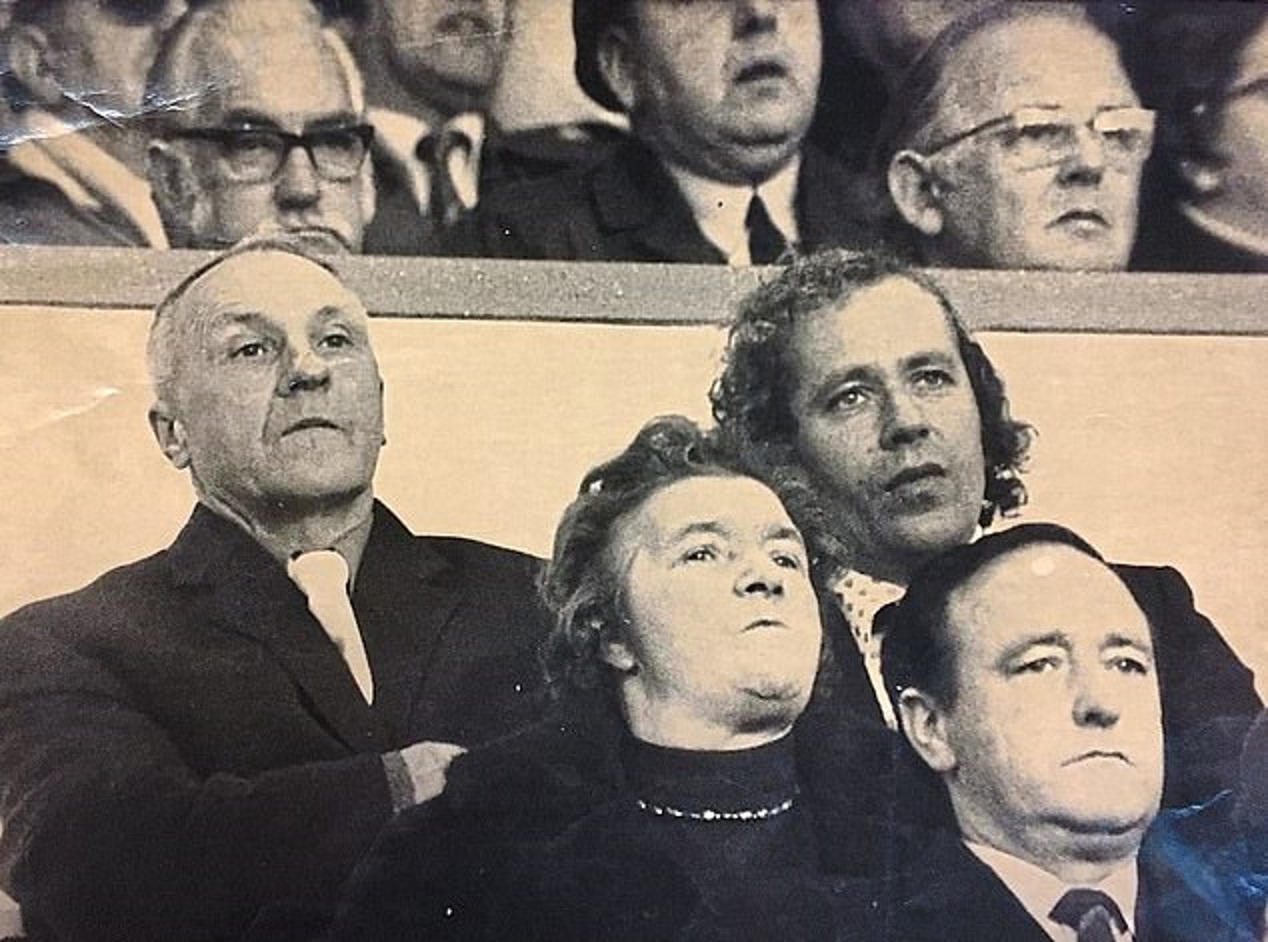 The habit persisted long after his sad exit from Anfield but I wanted to catch him early, to gather his views on the imminent final in Rome in which Liverpool were destined to win their first European Cup.

We talked for almost an hour and as we were about to hang up I said: 'Thanks, Bill. See you in Rome.' There was a brief silence. Then he answered: 'Not me, son. Not invited.' What? Not invited? Bill Shankly? The manager whose genius had transformed that sloping field and a tin hut into a home fit for the champions he had incarnated from the muddied depths of the old Second Division?

So profound was the shock that it took me a day to recover. Alright, he had fallen out with the board when retiring in haste three years earlier. Okay, Bob Paisley whom he had anointed his successor had grown uneasy with him still turning up at the Melwood training ground.
But not so much as a ticket for the Stadio Olympico? Let alone a seat on the plane?
I called him back the next morning, at seven: 'Listen, Bill. You're coming to Rome with me. The Mail will fix a press pass for the game. I'll get back to you with the travel details.' 'Are you sure, son?' 'Absolutely.'

The arrangements were made but at 7am on the Friday morning five days before the Final he called back: 'Hello, son. I thought you should know the club have been on saying to go with them.' 'Not to worry, Bill. I understand it's nicer for you to be with the party. Especially with the lads.' 'No, no. They've only asked me because they heard I'm going with you and they're embarrassed. You invited me and I'm still coming with you. If that's alright.' More than alright.

We met at Heathrow on the Monday morning. He arrived early. In a grey suit, his Liverpool tie, his red and white Liverpool scarf around his shoulders, carrying a small, battered weekend bag. A cluster of fans mobbed him at the check-in.

Those on the same plane took turns coming to his seat and he talked and chuckled with them throughout the flight. Our taxi driver from Fiumicino airport recognised him instantly and refused to accept a fare for the ride.
We were booked into the Excelsior, on the Via Veneto. Historic resting place of prime ministers, presidents and kings. Home from home for Sophia Loren, Marcello Mastroianni, Gina Lollobridgida and Isabella Rossellini. Scandalised watering hole for Anita Ekberg during the filming of La Dolce Vita.

In 1977 this was the grandest of all Roman hotels. Cut-glass chandeliered. Bedecked in velvet and gold. At the desk they presented two ornate keys with long tassles. Shanks looked at his and asked: 'What's this for?' I told him two rooms were reserved. Finest in the house. On the first floor with tall French windows leading onto balconies overlooking Via Veneto.

'Why two?' he asked, with a hint of anxiety. 'They're adjoining,' I tried to reassure him.
'But I share a room on trips,' he said. 'Always have done. Since I was a wee lad in the reserves. At every club. And as manager. Always.' I asked the receptionist about the lay-out of the rooms. The best, with one vast four-poster and a sitting room, would have been for him. The other had two large double-beds.
'We can take the second,' said Shanks. Fine by me. An honour, in fact.

Before unpacking his few essentials, he stepped onto the balcony. The word was spreading already. Dozens of Liverpool fans had gathered on the pavement below. For by no means the last time in the coming days he gave his benediction. If not exactly in the manner of the Pope at St Peter's.
There was that familiar bite on his knuckle. Two thumbs up. Then the fist clenched on high, to roars from the throng.

The pre-match interview for the Mail was conducted over pasta that evening in a small trattoria: 'Do you nae like the red and white table-cloths? These Italians know their football.' Although he had long-since admitted his regrets at handing over the reins impetuously but a few short weeks after winning his second FA Cup — so excruciatingly was he missing the game in all its glory - he was sure of this: 'Bob will get it right on the night.'

He added: 'The lads, too. This Borussia are a fine team but my boys are ready for this now. That Simonsen is a tremendous wee player but our Tommy will take care of him.' Tough Tommy Smith would do his darndest on that account come the Wednesday evening. And a vital bit more as it turned out.

Borussia Moenchengladbach certainly were a fine team but the Liverpool side constructed by Shankly and decorated by Paisley would indeed be ready for them.
Come bed-time Bill donned his Victorian night-shirt, kept his red and white scarf around his neck and sat bolt upright against the pillows to watch the watch the wall-to-wall big-match build up on the local sports channels.
In Italian: 'Football is the world language, son.' On a small flickering set, in black and white: 'Is there nae red?' Television transmission in colour had been fully launched on Italian networks only 12 weeks earlier and not even the splendorous Excelsior had installed the receivers as yet.

That night, as on the next two, Bill had us talking until three or four in the morning. About football as life. Football in all its history. Football and its importance to Liverpool. Football Italiano. Football the People's Game. Football and the greatest rivalries, including of course those between Liverpool and not only Everton but also Man United - and therefore football and George Best.

'Aye, wee Georgie,' he mused when recalling how Best had beaten Liverpool virtually single-handed one sunny Saturday. 'The deepest tackler in the game...' He was giving me credit for knowing enough about football to be aware that Best was a god on the ball but he wanted to illustrate his point about the courage he demanded of his own players and the will-to-win he imbued in even the most gifted.

Which led us naturally to talking about the greatest footballers of all time. Little did he know we would be dining with a quorum of those the next evening.
That was my little surprise.

At one of Rome's most fashionable restaurants we shared baby lamb and warm reminiscenses with World Cup-winning captains Bobby Moore and Carlos Alberto, Eusbeio the Black Pearl, famed and towering Inter and Italy left-back Giacinto Facchetti. The latter was accompanied by the first and most fondly remembered Italian football agent, Gigi Peronace, who also brought along for good measure Enzo Bearzot, who would manage their country to World Cup victory in Spain five years later.
They and more legends were in town for the final. As by now were scores of thousands of Reds who, as we took our strolls through the Eternal City, were greeted by my room-mate as 'this Scotsman's brother Scousers.'

Match night in the press stand and he was besieged again. This time by the world's cameras, microphones and pen-pushers. No matter that he was no longer Official Liverpool.
They clamoured for his opinions, Rome's paparazzi included.
There was a biting of that knuckle when Denmark's wee Allan Simonsen opened the way for Borussia to hit the post early. 'Tommy,' Bill barked.
There was a nod of approval as Terry McDermott opened the scoring just before the half-hour.
'Tommy,' he growled again as Simonsen equalised early in the second half.

Then, as Smith turned from enforcer to scorer of a rare goal just after the hour mark to put Liverpool ahead again: 'Aye, Tommy.' Another nod as Phil Neal's late penalty made history safe. As the final whistle blew, Shanks was on his feet, scarf stretched aloft between both hands.
He held court for the media again, as I dictated my report down the telephone. We had copy-takers back in the day.
Taxis were scarce outside the stadium but it didn't matter. He wanted to walk. Even at his brisk pace it took some 45 minutes. Harry's Bar was open late at the top of the Veneto.
'A beer to celebrate, Bill?' 'Aye, but just the one.' For a couple of minutes he stood still and silent. This should have been his crowning triumph. Then we clinked bottles and raised them to his lads as he quoted one of his other heroes, Scottish poet Robbie Burns: 'A man's a man for a'that.'

Had he known then that Liverpool would be going yet again this Saturday for what he would still have been calling the European Cup, how might he have regarded the premature comparisons made by some between Jurgen Klopp, who has just came up a single point short of Man City in the League, and himself?
The answer is to be found in his own anthology of priceless sayings: 'If you are first, you are first. If you are second, you are nothing.' We flew home next lunch-time. Shook hands at the airport. Grip like a vice.

He would die within barely four years, only 68. Officially, cardiac arrest. In truth, his heart broken by severance from the game he loved and had bestrode.
I watched him walk away that day. Short in feet and inches but a giant of stature. Erect. Head high. Proud. Scarf tied now in a knot at his throat.
For a moment he was alone and glanced back. Just the faintest trace of wistfulness in the smile. Barely discernible. Again he was engulfed by the fans, his people.