Memorable past encounters between Liverpool and Barcelona 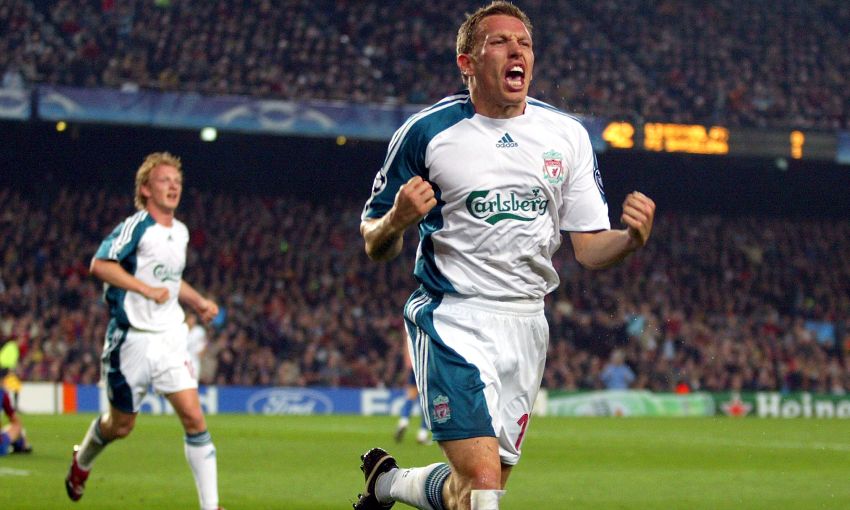 Liverpool’s rich history is synonymous with the Champions League in particular, where countless classic nights have taken place throughout Europe. Recent occasions are certainly fresher in the mind like Istanbul, but there has been an abundance of memorable moments in foreign lands for the Reds. Shedloads!

With the modern day Liverpool side thriving domestically and now through to a Champions League semi-final against Barcelona - a tie they’re 6/5 (bet365) to win - we thought we’d take a look back at some past match-ups with the Catalan giants and relive some memorable, and some rather forgettable nights against them.

Containing the likes of Pep Guardiola, Patrick Kluivert and Rivaldo, Barcelona had a fearsome reputation ahead of this UEFA Cup semi-final tie at the Camp Nou. Liverpool’s then manager, Gerard Houllier, fielded a side built for containment. Come full-time, it was certainly mission accomplished for the Reds, although if Robbie Fowler’s header had gone in, we might be looking back at a memorable 1-0 away victory.

The second leg of the above encounter some two weeks later, Gary McAllister's first-half penalty was enough to secure the win for Houllier’s side, despite a few agonising moments which saw Barcelona miss a few golden opportunities. Liverpool famously went on to beat Alaves 5-4 in the final and lift the UEFA Cup.

Despite Craig Bellamy and John Arne Riise’s reported bust-up, quite remarkably, both players were on the scoresheet as Rafa Benitez’s Reds secured a vital 2-1 win in the first leg of the Champions League last 16 tie. Victor Valdes’ error was certainly a highlight of the night, before Riise sealed victory with Liverpool’s second goal after an assist, funnily enough, from Bellamy. A remarkably strange but beautiful night all round!

Again, the second leg of the above encounter, this was a night to remember. Any victory against Barcelona is. Despite losing the game, the Reds managed to secure their place in the quarter-finals of the Champions League with an away goals win, although a few heart-in-mouth moments meant that it was a far from comfortable evening at Anfield. Eidur Gudjohnsen scored for Barcelona in the 75th minute, setting up a tense finish. The Reds, though, had largely kept an attacking force of Ronaldinho, Samuel Eto'o and Lionel Messi quiet for much of the contest. Liverpool went on to reach the final, where they were beaten by AC Milan, but knocking a star-studded Barcelona side out was still a highlight.

Speaking of Barcelona, the modern-day side are currently 6/4 (bet365) favourites to win the Champions League, although at 5/4 Klopp’s Reds are clearly in with a strong chance too. With a number of special promos and offers available for such a huge tie between the two, be sure to check out some enhanced bets with bigger odds.

(Image via https://twitter.com/LivEchoLFC) Well, there you go. There’s certainly history between the two clubs ahead of what promises to be an unmissable clash between two of the best sides in Europe at this moment in time. With Spurs also battling it out in the other semi-final, English football is booming. Incidentally, odds on an English team to lift European football’s most prestigious prize is currently priced at 6/5 (Skybet), with Reds fans certainly hoping that Liverpool can be the team to do it. But first, Lionel Messi’s Barcelona must be dispatched.