A Banquet Without Wine 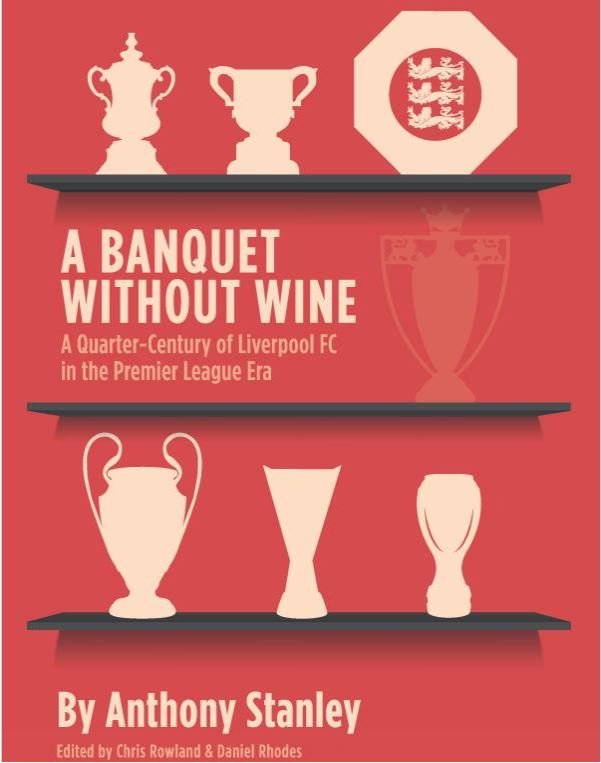 The basis of “A Banquet Without Wine” was written for the indispensable website "The Tomkins Times" whose diagnosis of all things Liverpool is beyond compare. Anthony Stanley’s account of how Liverpool fell from their perch in the 90s is truly excellent. A worn-out Kenny Dalglish handed the reigns to Graeme Souness who wanted to change the club overnight; a job that was impossible in its essence. The Reds failed to stay in the higher echelons of the newly-formed Premier League. The football on offer under the tutelage of Roy Evans was exciting but lacked stealth and consistency. He struggled to instil the core values of the club into his merry band of upstarts. Evans fell victim to the club’s decision to embrace the continental approach to football to keep up with the other megapowers that had already gained a huge advantage.

Gérard Houllier was ultimately successful in instilling much-needed discipline and deliver more composed performances but as the club seemed ready to challenge for the Premier League title Houllier’s health deteriorated and his tenure fizzled out. Another hard taskmaster who was ruthless in his approach, Rafa Benítez, delivered the ultimate prize prize in European football, but Liverpool’s bread and butter, the league title eluded him as it has done for his successors, though Jürgen Klopp seems certainly on the right path.

For those who want to refresh their memory of Liverpool’s successes and failures in the last 25 years should pick up a copy of Anthony Stanley’s “A Banquet Without Wine”; a lucid account of the Reds’ struggles to keep up with ever-changing modern face of football as their title glories seem a thing of the past.


Buy the book on Amazon