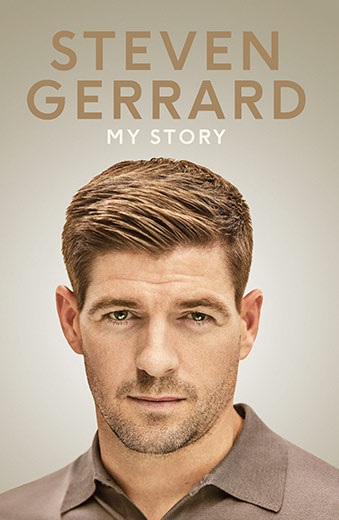 Ghost writer Donald McRae and Steven Gerrard had 15 weeks to assemble this publication which is simply ridiculous. The facts are the following. McRae met with the publishers on 17 March 2015 and had to turn in his manuscript on 26 June that same year. The main focus of the book in question, "Steven Gerrard - My Story" is on the almost historic 2013/14 season and the following campaign which proved to be Gerrard's last in a Liverpool shirt. Those who care for his England career also get their dose. Interspersed are highlights from his career covered already in his autobiography in 2007. Ultimately the urgency was to strike while the iron is hot as Gerrard D-day approached when he would do the seemingly impossible; depart his beloved Reds.

What does this all amount to? This book is a minor miracle. I have written two fairly large books on Liverpool and believe me, 100 days pass quickly, especially if you have to be one on one with such a busy man as Gerrard. McRae has done a great job, committing himself to writing 3,000 words a day in the 50 days he set aside for writing down and making a whole out of Gerrard's recollections while the great man played out his last few months for Liverpool. Gerrard's Liverpool career ended ultimately in bitter disappointment when he missed the opportunity to captain the Reds at Wembley in the FA Cup final on his 35th birthday.

You've got to admire Gerrard's honesty. He could have well skipped telling us about his lacerated penis he suffered against Bournemouth in the FA Cup: "The gash looked pretty bad, right across the middle. There was plenty of blood. I needed four stitches and the lads were absolutely p*ssing themselves. You can imagine the jokes about inches and stitches and my future performances at home. I might have smiled but I could have throttled the lot of them."

The bit all Reds were waiting for is dealt with straight away... that tragic slip against Chelsea. Your heart goes out to him as he tells us of his suffering: "I sat in the back of the car and felt the tears rolling down my face. I hadn't cried for years but, on the way home, I couldn't stop. The tears kept coming. I can't even tell you if the streets were thick with traffic or as empty as I was on the inside. It was killing me."

Gerrard was a marvel for Liverpool Football Club and he recounts the reasons for why he should be considered as such, which he frankly doesn't need to as we know all about his fantastic achievements. Gerrard clearly feels a need to bring this home and seems incredibly vulnerable at times given his strong outward persona. Brendan Rodgers, Rafa Benítez, Luis Suarez, Jamie Carragher, Xabi Alonso as well as lesser lights like Luis Alberto and Iago Aspas are dealt with in fascinating terms and he can't forget the "Phil Collins incident". It comes across strongly that Gerrard is an intelligent lad and an able storyteller and that makes this publication a success.

One downside is that the Daily Mail released the juiciest excerpts from the book just before the big clash between Manchester United - Liverpool on 12 September to get as much publicity out of them as they could. Accompanied with an exclusive interview with Gerrard where he claimed he would have loved to serve as coach at Liverpool alongside playing duties magnified criticism of Brendan Rodgers and FSG right before such a vital game which didn't reflect well on them, the book or Gerrard. The former skipper has moved on and hopefully this book will help us move on as well as arguably one of the best players in the club's history writes a new chapter in the USA. 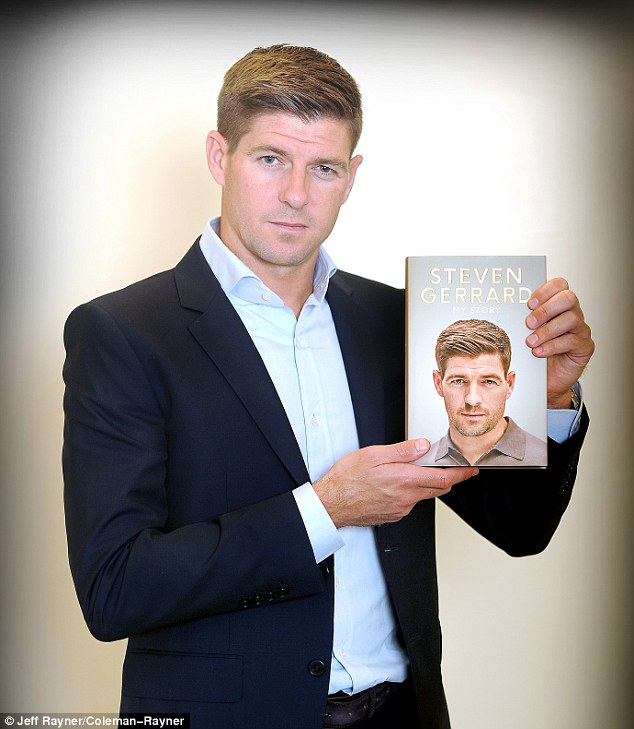 I will leave the last word to Gerrard's ghost writer who should maybe be considered the real hero of the piece. I have certain empathy for him as a fellow writer. Donald McRae reveals on his homepage: "It was hard setting the alarm every morning for 4.30am and, in the last days, 2.30 am, but as I staggered in the dark to my garden shed of an office, I wanted to try and do justice to Gerrard’s honesty and courage, to his loyalty and commitment to Liverpool, to his momentous career. Even then, feeling exhausted and fucked, it felt special to be writing this book. Towards the very end, and telling myself that I was flying, I even thought that every book should be written amid such fierce intensity. I joked that I might die in the attempt to make the deadline, but I would die happily writing this epic sporting story. More prosaically, just before lunchtime on Saturday 26 June 2015, I wrote the last word of the book. The word was “Anfield.” I staggered inside, and did a knee-slide across the kitchen floor."

The book is published by Penguin and is available on Amazon.