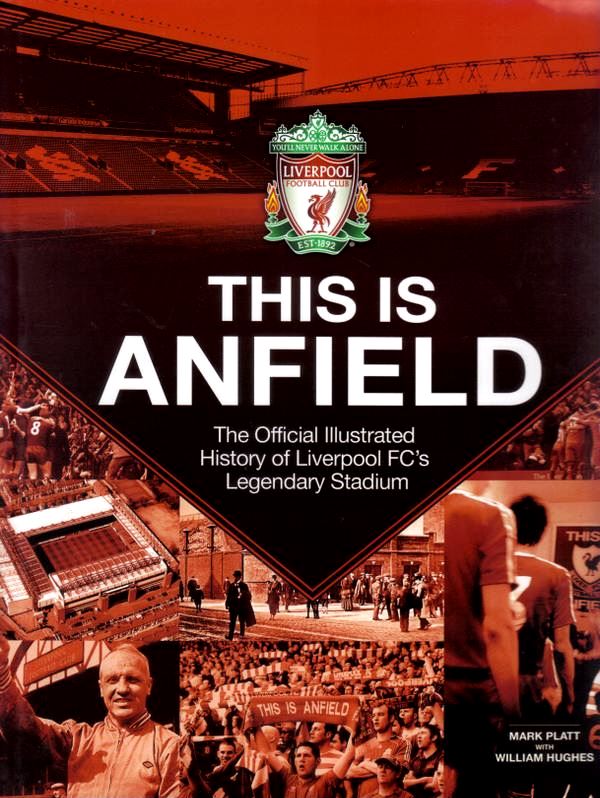 ‘The very word ‘Anfield’ means more to me than I can describe.’ - Bill Shankly.


When the name of Mark Platt is connected to a project you can be sure it will be a resounding success. The producer at LFC's TV network has written several books on themes connected to Liverpool Football Club, made exceptional documentaries as well as creating a number of quality TV shows. William Hughes is a veteran of 20 years in journalism and is the assistant editor of Liverpool FC's Official Magazine and the Matchday Programme. Hughes has a wealth of knowledge on the football club we love. Together the duo have made an impressive testimony to the world famous home of Liverpool Football Club called: "This is Anfield - The Official Illustrated History of Liverpool FC's Legendary Stadium."

Then Everton president John Houlding was instrumental in renting a new land for the Blues to play on between Anfield Road and Walton Breck Road on which Everton made their debut on 28 September 1884. Everton’s new home simply became known as Anfield after the district it was situated in which was once a land fit only for grazing in the town of Walton on the Hill, that was made part of Liverpool Borough Council in 1836. The area was named Hanging-fields or Hangfield as the terrain had a deep slope. Fast forward to today when a new addition to the main stand is being implemented. One can only imagine what has taken place in between 1884 and 2015 but this book makes it visible and in some style.

You will be introduced to Archibald Leitch who revolutionised the ground after Liverpool FC purchased Anfield from the stadium's owner, William Houlding, in January 1906. The Manchester Courier reported that ‘the new owners hope, by the beginning of next season, to have an enclosure worthy of the new club.’ A new grandstand was erected by Lake Street and the old one was re-erected at Kemlyn Road on the opposite side where it remained until its demolition in 1963. A terrace was made by Walton Breck Road which later on became world famous as the Spion Kop. All the major redevelopment at Anfield since then is portrayed in great detail in this publication. Plenty of images evoke memories and quite a few of them it is possible you have never witnessed before.

Anfield has been a venue for boxing fights, concerts and the book covers a few of the famous games played there. Anfield is of course more than just bricks and mortar and has become a sacred place where tears have been shed both in joy and sorrow and strong bonds been formed beyond life and death. After reading this book you might never see Anfield the same way again.

This is Anfield is published by Carlton Books and can be purchased on Amazon.