When Liverpool trundled off the pitch last February at the scene of arguably Besiktas' greatest-ever triumph the Turkish side put themselves on a very exclusive list of clubs. Since the victory over Leeds in the 1974 Charity Shield, only Wimbledon and Northampton had tasted victory against the Reds in the lottery that is a penalty shootout. The Red’s showing German-like qualities winning twelve out of the fifteen shootouts they had been involved in. The penalty kick has played a pivotal role on the way to some of the Red’s major triumphs in Europe down through the years and here we look at five of the most crucial.

Here is our complete list over Liverpool's penalties since 1892. 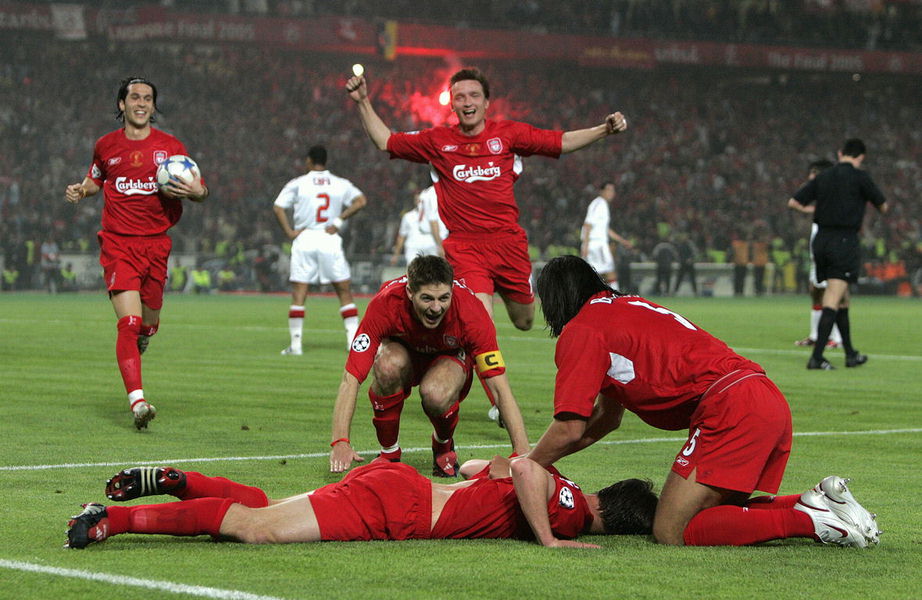 The Reds were in disarray at half-time against the Italian giants Milan and their European Cup dreams in tatters down by the Bosphorus. Somehow they find a way back into the game in the second half, after Steven Gerrard's powerful header gives the Redmen a glimmer of hope, it is his rampaging run into the box that sees Gattuso concede the penalty. Alonso who has epitomized coolness in everything he has done in his the first season steps up. Dida guesses the right way, but as if fate decreed, it falls back into the Spaniard's path and he reacts quickest to make no mistake the second time around and evens the scores. The quest for their fifth European Cup is back on and late into the night it becomes a stunning reality when Dudek outfoxes Shevchenko to bring big ears back to the Mersey.

Quote: "There was a real suspense surrounding my penalty - it was like something out of a Hitchcock movie!" 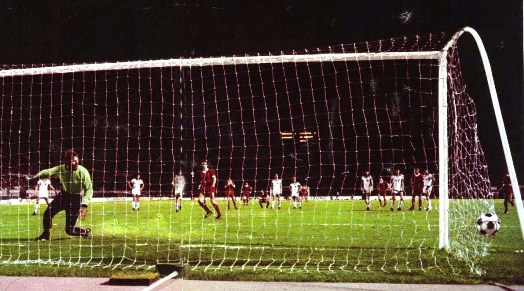 The Reds have just seen their treble bid banished by East Lancs Rivals Manchester United the previous Saturday, and now the pressure is on for Bob Paisley and Co as old foes Borussia Monchengladbach block the path in their quest for a first European Cup. Liverpool’s early lead courtesy of McDermott is wiped out just before half-time by Simonsen and it is their defensive stalwart Tommy Smith who puts them ahead on 64 minutes. With the Germans pressing it is up to Kevin Keegan in his final game to bewilder Bertie Vogts into conceding a penalty and surely a golden chance to seal a first European Cup triumph.  Phil “Zico” Neal has the responsibility. Only a month earlier he had sent the Reds on their way against Everton in the semi-final of the FA Cup and he shows nerves of steel to convert into the bottom corner of the net and secure the Reds first-ever European Cup triumph.

Quote: "I took a long run up and was determined to put it low to the left of the German keeper, who I kept thinking was very tall. Ian Callaghan had said to me ‘Just knock it in, Nealy’ so I tried to stay as calm as I could. But as I went to take it I could see Cally with his hands clenched as if in prayer. He was down on his haunches, almost kneeling, his hands clasped together. As I ran up to the ball I then did something I never did and which you should never do – I changed my mind. Instead I hit it low to the other side of the keeper but it went in and up came Cally in delight. I still get a tingle when I see the videos of Bob Paisley and Ronnie Moran and the lads leaping up off the bench with joy." 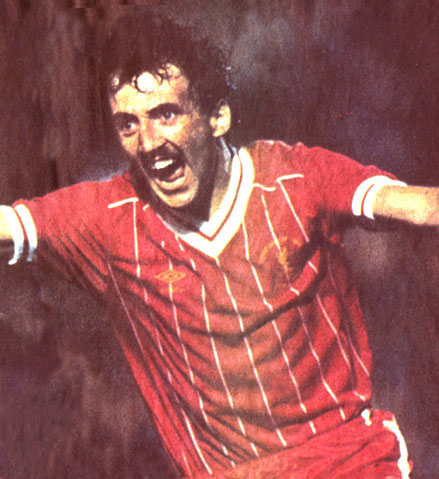 Joe Fagan’s Red army are on the march and looking to secure a magnificent treble in Rome. A daunting prospect at the best of times winning a European Cup final but to play at the home ground of your opponents makes it an even more onerous task. Three years earlier it was Kennedy who had seen off Real Madrid and now as Roma cracks under the pressure, the European roulette finds its way back round and it is the north-east man again who has the Reds' European Cup hopes at his feet. As his teammates could hardly bear to watch, Kennedy steps up again showing no fuss to dispatch his spot-kick and send the travelling red hordes into raptures.

Quote from LFChistory.net's exclusive interview with Alan Kennedy: "I wanted to be somewhere else, totally somewhere away from this situation. They were all looking at me, 'He's going to miss.' No player had any confidence in me. 'Who's going to take the next one?' You put the ball down... I thought of my family, my girlfriend at the time... I just felt I can't let these people down... We were so bad the week before we had to abandon the practice. The kids beat us in the penalty shoot-out. They say you should be clear, be focused and never change your mind. I didn't have any of those three in my mind. I opened up my body at the end... I didn't know why I did it... Tancredi the goalkeeper went to his left-hand side and I got the ball into the right hand side. You can't imagine the relief I had at that particular moment. I just wanted to be with all my family, all my friends, all the players and just to say a big thank you. What a relief it was. And I saw all the players afterwards and they were telling me, 'We can't believe you scored that goal.' I says, 'I know!'" 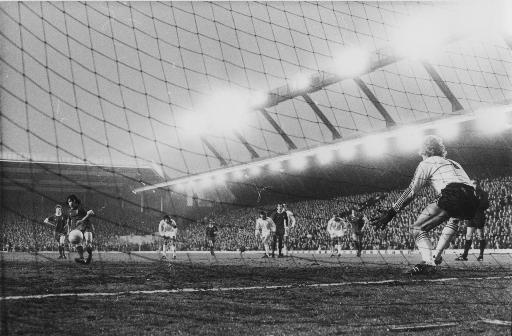 It is not a recent phenomenon for Liverpool FC to find themselves in a tight spot in a major final. Cast your minds back to April 1976 when Bob Paisley had steered the Reds to that year’s UEFA Cup final still played over two legs and it was home advantage first for Liverpool. It is a rude awakening for the Reds as they find themselves two nil down inside the first fifteen minutes of this tie. Paisley shows his tactical nous at the break, withdraws the ineffective Toshack for Jimmy Case. In a crazy five minute spell in the second half the Reds manage to get their noses in front on the night, Kennedy with the first high into the roof of the net, then it is Case who reacts quickest to a Kennedy shot that rebounds off the post to bring it all square on the night. A few minutes later it is left for Keegan to deliver the coup de grace on the night, Heighway tempting the full-back before he is upended in the box. Special K steps up slotting home into the corner of the net and give Liverpool a small margin which proved crucial in a nervy second leg. 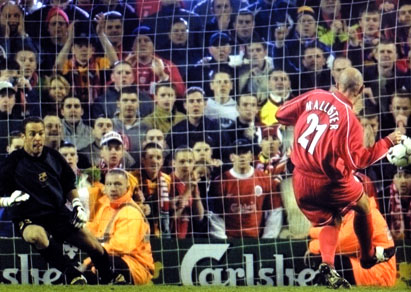 Has anyone ever had the Indian summer that Gary McAllister summoned up at the back end of 2000-01 season? Liverpool under Gérard Houllier had already one trophy safely tucked into the cabinet with their League cup shoot-out win against Birmingham and with McAllister on the goal trail in both League and Cup it was the Catalonians standing in the way of Liverpool’s first European Final since 1985. Under the lights at Anfield, the Liverpool fans turned back the years greeting Barcelona with a wall of noise. In a tight tense affair it is a moment of madness when Patrick Kluivert mimicks Glen Hysen’s volleyball effort at Old Trafford from a few years back and the referee has no option but to point to the spot. It is McAllister who steps forward and in a strange twist of fate, it is Liverpool present against Liverpool future as he sends a young Pepe Reina the wrong way and edges Liverpool ever closer to their first European triumph in 16 years.