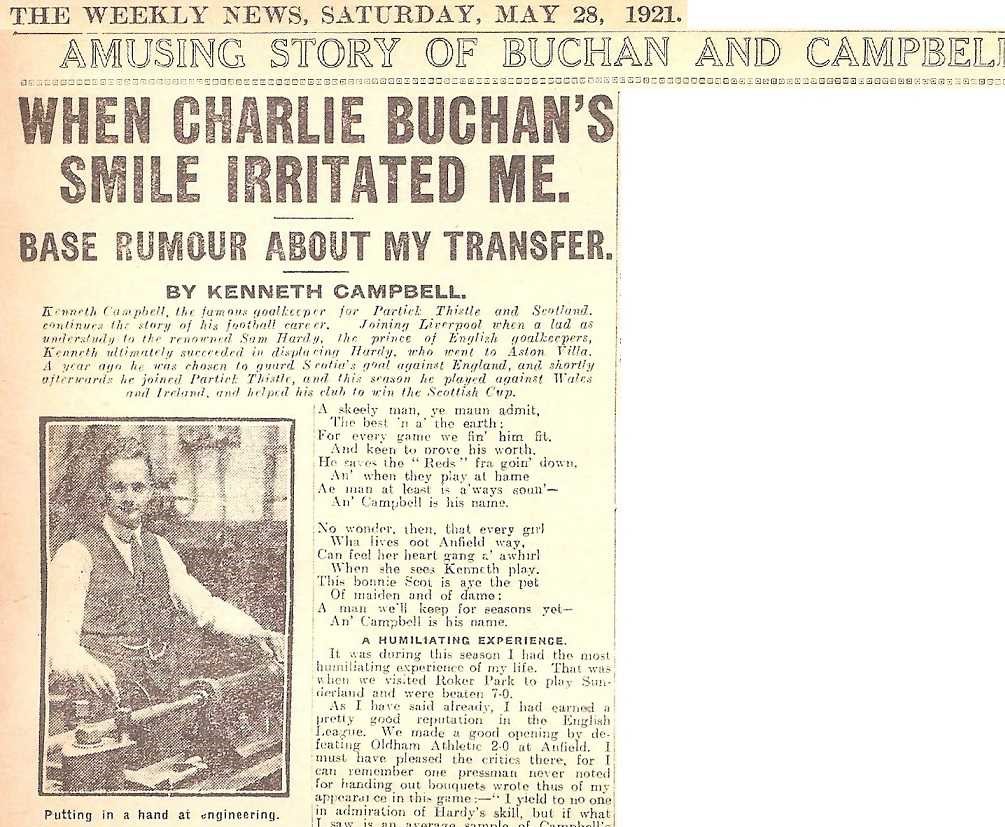 Scottish keeper, Kenny Campbell, told his life story in the Weekly News in May and June of 1921. He made 142 apperances for Liverpool from 1912-1920. In the first two chapters he had just left Scotland for Liverpool and was adapting to Merseyside life.

Saturday, May 28 – 1921
Amusing story of Buchan and Campbell
When Charlie Buchan’s smile irritated me
Base humour about my transfer

“Kenneth Campbell, the famous goalkeeper for Partick Thistle and Scotland, continues the story of his football career. Joining Liverpool when a lad as understudy to the renounced Sam Hardy, the prince of English goalkeepers, Kenneth ultimately succeeded in displacing Hardy, who went to Aston Villa. A year ago he, was chosen to guard Scotia’s goal against England, and shortly afterwards he joined Partick Thistle, and this season he played against Wales and Ireland, and helped his club to win the Scottish Cup.”

During my term with the reserve team I figured in many exciting games. We had a very good reserve eleven. In front of me I generally had Chorlton or Holden at right back, Rodgers at left back, and the half-back line was Scott, Peake (who will be remembered as playing for a term with Third Lanark) and Mackinlay. The forwards were taken from Speakman, Gilligan, Dave MacDonald, Beveridge, Bowyer, Rowlands, Dargie, and Lester.

Bowyer was a great player. He adapted himself to the centre forward berth just as readily as outside left, but it was as an extreme winger that he shone. He was a great goal-getter and many a match he won for us off his own bat.

I had quite the happiest of times with the second eleven, or the “preserves,” as Sam Gilligan would persist in calling is. The Dundee man was the life and soul of the party. There never was a dull moment when the Dundonian was about. I never knew a man who was so well up in football love.

Sam knew every wrinkle of the game, and to listen to his exposition of transfers, agreements, and the sundry other intricacies connected with the affairs of football was a revelation.

Of course, he was brought up in a good school. He had three brothers who had been through the mill, all well-known professionals in their day. All the family started their careers in Dundee. Alec, the elder brother, went ultimately to Bolton, Willie to Derby County, and Johnny to Partick Thistle, finishing up with a long term at Shawfield. 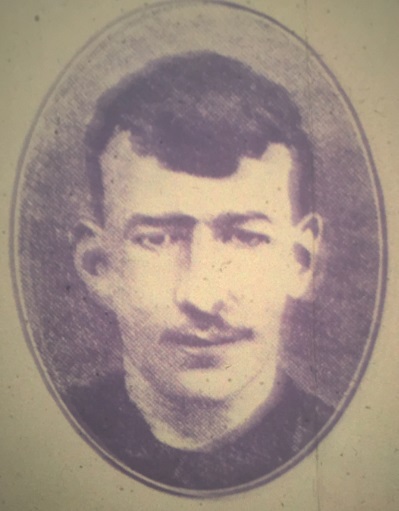 To hear Sam dilate on the Gilligan family was a fair treat. He was an unconscious humourist, and if I could remember some of his tales I could make you laugh for a week.

Sam will ever be remembered at Anfield for one great feat. Liverpool were in grave danger of going down into the Second Division, and their last match was with Oldham. The “Reds” had to win this to steer clear of relegation.

It was an anxious time for the Anfield people. I can remember poor old Tom Watson was in such a state of nerves that he went behind the stand when the match was on. He could not bear to look on. The suspense was terrific.

Gilligan’s great feat
It was Sam Gilligan who headed the goal that won the match, and Liverpool were safe for another season. What a scene of excitement! The Dundee man came in for a great ovation, and I’ll guarantee it was one of the proudest moments of his life.

It was at this time that I began to be taken notice of, and I had a notion of what it was like to be famous.

My debut as a First League player – which I referred to last week – was made on February 10 – 1912, at Blackburn, and I played in six other League games that season.

The followed Hardy’s departure, and at the beginning of season 1912-13 I assumed the role of Liverpool’s League team goalkeeper.

It might be worth mentioning that during my first season as regular goalkeeper I figured in thirty-seven out of thirty-eight League matches. Liverpool’s position was slightly improved that season. From fourth bottom place we slipped up to tenth from the bottom, or exactly in the middle of the League table, with thirty-seven points.

Everyone was very kind to me. The press gave me every encouragement, and I remember that one or two correspondents burst into poetry about me. For curiosity, I have kept one screed, the writer of which was apparently an Englishman wrestling with the daric. Here’s a swatch of it to show you what I had to “suffer”: –

Kenneth Campbell
Come listen to anither song
Aboot a bonnie boy,
Whose name is heard on every tongue,
Whose fitba’ given us joy;
He heids the list o’ a’ the Scots
Wha play the winter game,
He fills the breach and stops the shots –
And Campbell is his name.

A skeely man, ye maun admit,
The best ‘n a’ the earth;
For every game we fin’ him fit,
And keen to prove his worth,
He saves the “Reds” from going down,
An when they play at hame
Ae man at least is a’ways soun’ –
An’ Campbell is his name.

No wonder, then, that every girl
Wha lives oot Anfield way,
Can feel her heart gang a’ awhirl
When she sees Kenneth play.
This bonnie Scot is aye the pet
Of maiden and of dame;
A man we’ll keep for seasons yet –
An’ Campbell is his name.

As I have said already, I had earned a pretty good reputation in the English League. We made a good opening by defeating Oldham Athletic 2-0 at Anfield. I must have pleased the critics there, for I can remember one pressman never noted for handing out bouquets wrote thus of my appearances in this game: –

“I yield to no one in admiration of Hardy’s skill, but of what I saw is an average sample of Campbell’s abilities, then Liverpool have another Scotsman likely to be a successor to Ned Doig. Tall, cleanly built, ample reach, as agile as a cat, keen anticipation, and, above all things, courage, it seems to me that Kenneth Campbell is a goalkeeper who will make a name. Already he is climbing the ladder of reputation. If what I saw be his ordinary form goals will, I repeat, never be easy to get against Liverpool.”

And yet here was the man so landed to the skier with seven goals piled against him in one match the self-same season. How I blush to think of it!

Charlie Buchan was the player who did all the damage that day. I can’t say what went wrong with our lads, but it is a cert that they were never in the hunt. After the first quarter of an hour I could see that we were a beaten side. Buchan, at inside right, was a fair demon that day.

The big Sunderland man and I were fairly good pals, and after the home team had scored three goals I ventured to speak to him. 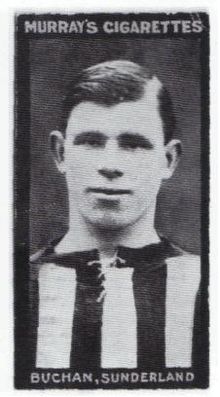 “Look here, Charlie,” said I, “you’ve scored enough goals now. Three goals is a fair enough lead, and you’ve got all you want by winning the match.”
“Right-o,” replied Charlie and I believe he really meant to be lenient with me. Sunderland could do nothing wrong that day, and Liverpool were simply wretched.

Bob Pursell was, I think drafted in at the last moment as outside right, and felt far from happy, and for more than half the game Donald Mackinlay, our outside left, was absent, so we were handicapped.

What raised my temper
Well, as I have said, Charlie signified that he was agreeable that no more goals would be scored, but of course, he was in no way to blame for Mordue coming along before half-time and scoring a fourth goal.

In the second half matters were, if anything, worse. The ball was lashed against the crossbar, the posts, against me, and everywhere but through the goal. I thought we had seen the end of the scoring.

Then along the wing sped Holley, of the Roker Parkers. He centred just from the bye-line. I saw the ball coming across, and also Buchan standing ready for the cross. I saw it was hopeless to come out and get the ball ere it reached the big forward, so I just stood looking beseechingly at Charlie.

A big grin spread over his feature as he simply nodded the ball well out of my reach.

I am afraid I lost my temper and called him some names then for breaking, as I understood it, a pact between us, but I was sorry for it afterwards, for he had his revenge in scoring another couple of goals before the finish, making the score seven goals, of which he had five!

Despite this terrible flogging, it is pleasing to recall I received the utmost credit for my display of that afternoon, one scribe going so far as to liken me to a modern Horatius. Between ourselves I had nothing of the Roman gladiator feeling about me.

During my stay in Liverpool I made many friends who were very assiduous in their endeavours to make me happy, and I am certain it was through the mistaken efforts of some of them that I was once placed in a very uncomfortable position with my Directors,

An unfounded rumour
Great was my astonishment to read in one of the local papers one evening something like the following: –

“ Rumours have spread around Liverpool concerning the two senior clubs, Liverpool and Everton. They are of a sensational character, and hint at a swopping of players.

“The rumour further says that Liverpool had been asked to transfer Campbell, their brilliant goalkeeper, to Everton, who were prepared to give two forwards in return.

“There was, for once in a way, some truth in the rumours, but it is learned that the matter of exchange is now at an end. Liverpool will not part company with Campbell, who has served them so well. Of course, the idea was that Liverpool, having two such capable goalkeepers as Elisha Scott and Campbell, could afford to give up one so that they might buy good forwards.

“The Everton forwards, named by Dame Rumour, were Bradshaw, Beare, Browell, and Grenyer. There can be no mistaking Liverpool’s verdict. They will not part with Campbell. But there can be no doubt that Everton desired his transfer.”

Now, the funny part of the business was that neither the Directors of Liverpool nor myself knew anything about this proposed “deal.”

I was called before the Directors one day, and asked if I knew anything about the matter which had appeared in the public print. Of course, I could only answer that I was as ignorant as they seemed to be about the matter, and then I was asked if I wanted to leave Liverpool.

At that time nothing was further from my thoughts, and I replied accordingly, and the matter was dropped.

It was a very annoying experience, however, and I did not like it at all, as there was always a suspicion in my mind that the Directors fancied I knew something about the rumours.

But I say here and now that whoever was responsible for the suggestion, it certainly was not I.

The notion of leaving Anfield had not come to me then. I will have an interesting story to tell you later about my way-going.

Copyright - The Weekly News, 28-05-1921 - Transcribed by Kjell Hanssen
Thanks to The Partick Thistle History Archive for finding these press articles