Got, Not Got: The Lost World of Liverpool 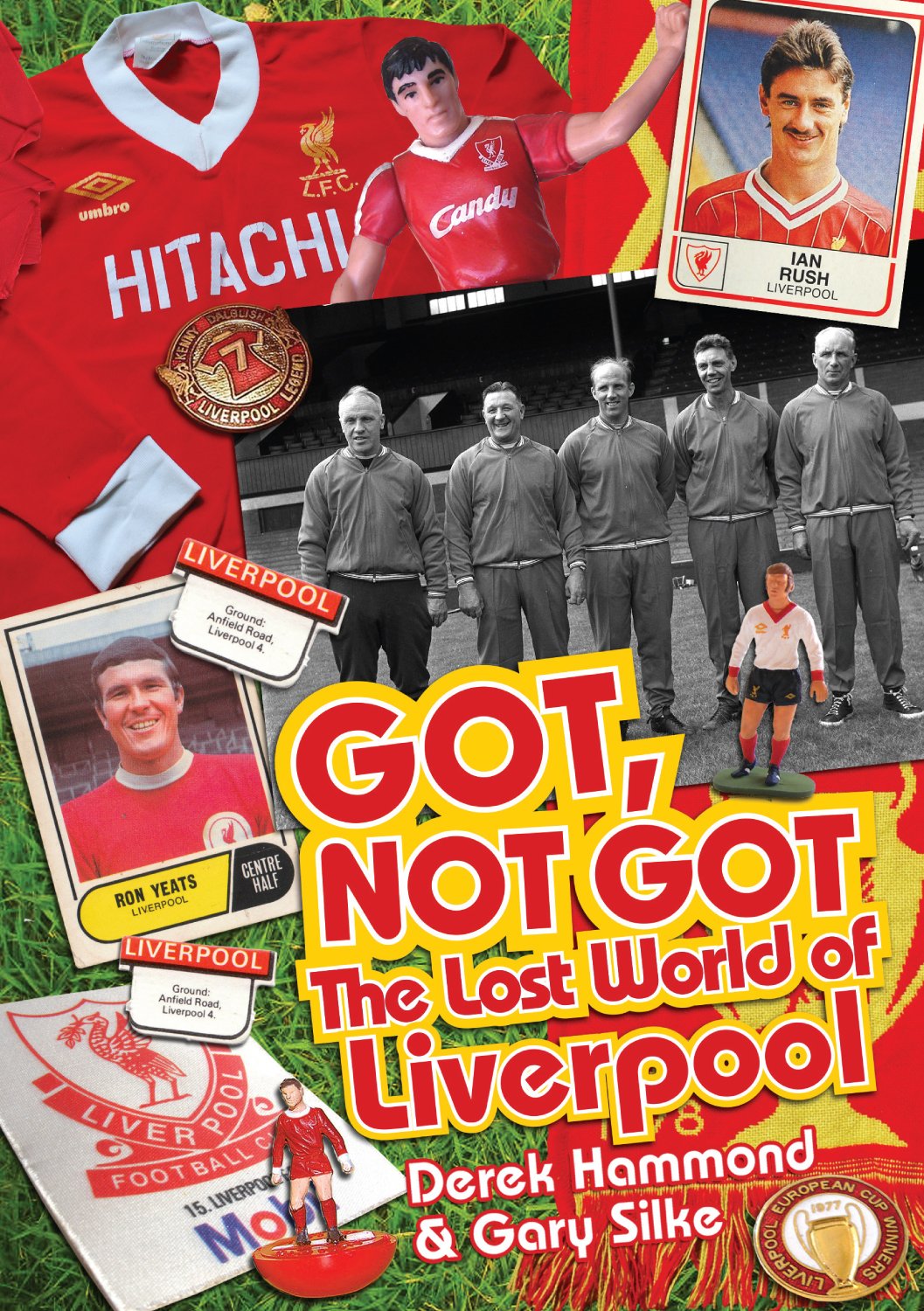 On entering the sports department of most reputable bookshops the football enthusiast is likely to be greeted by a plethora of biographies, autobiographies, pictorial club histories and the like. Here we have something quite different … and refreshingly so. Derek Hammond and Gary Silke have been the brains behind previous unorthodox football books but they have excelled with this, their latest project, an evocative book that is aptly described in its Press Release as being “an Aladdin’s cave of memories and memorabilia” or, to quote one of the many positive comments since it was published, “the best dose of retro football nostalgia ever”.

Maybe you have to be over a certain age to appreciate all the golden memories that this wondrous little book contains. Visions of childhood days will come flooding back as you turn the pages and discover yet another piece of magic that was so prevalent in one’s youth. Only one football club is covered here of course but many of the items portrayed were universal in that they were collected by young supporters of all clubs, not just this one.  Like so many of my contemporaries I was an avid reader of Charles Buchan’s Football Monthly, the publication fronted by the former Sunderland and Arsenal forward bringing some “colour to brighten the grey post-war landscape covered by the monochrome grown-up media”. When a four-weekly fix wasn’t sufficient an equal buzz could be obtained from the weekly Shoot and Goal magazines.

There is a treasure to be found on every page here. From a general point of view I went into a long-forgotten cupboard to discover my sets of Esso’s England 1970 World Cup Coin Collection and its later F.A. Cup Centenary Year (1972) Winners’ Coin Collection, both still intact and even with a few ‘spares’. I also collected and maintained the League Ladders that were given out by some of the weekly magazines and I certainly remember that in the middle of most match-day programmes, including Liverpool’s, was a free copy of the Football League Review, a “feelgood customer mag” that might occasionally feature an article about or team-photo of your own club. This freebie died a natural death and was in time replaced by the often irreverent fanzines, including the much-missed “Through The Wind & Rain” and the soon-to-be-missed “Liverpool Way”. Still on the written word who can forget the clamour for the Saturday evening Pink ‘Un which was “vital reading if you’d just left Anfield 80 minutes ago” ? Liverpool’s Saturday evening classified edition was replicated at towns and cities throughout the country but when television started to dictate when matches took place “the sports papers had to admit defeat and hold up their hands in surrender”. Subbuteo is inevitably covered, including some of its many accessories; “with stands on all four sides it was virtually impossible to play the game without nudging a stand and causing a mini stadium-disaster”.

Numerous other collectibles are described and pictured and these include a myriad of different badges and stickers, some of which could be attached to “school bags, school desks, bedroom walls and younger siblings”! Derek and Gary have done a quite wonderful job with this project. If you want to wallow in a most pleasurable trip down Memory Lane, this is the book to buy for yourself or to give to others. The only serious side of this hugely nostalgic journey comes right at the end with a beautiful picture of Anfield’s Shankly Gates festooned with scarves alongside which is an alphabetical list of our Hillsborough dead, to whom the whole book is “respectfully dedicated”.

Take a bow, Mister Hammond. Take a bow, Mister Silke. This book comfortably equals or betters any of the excellent publications already produced under your joint-names. From a Liverpool point of view, it is an absolute gem.

Click here to buy Got, Not Got: Liverpool: The Lost World of Liverpool Football Club from Amazon.co.uk