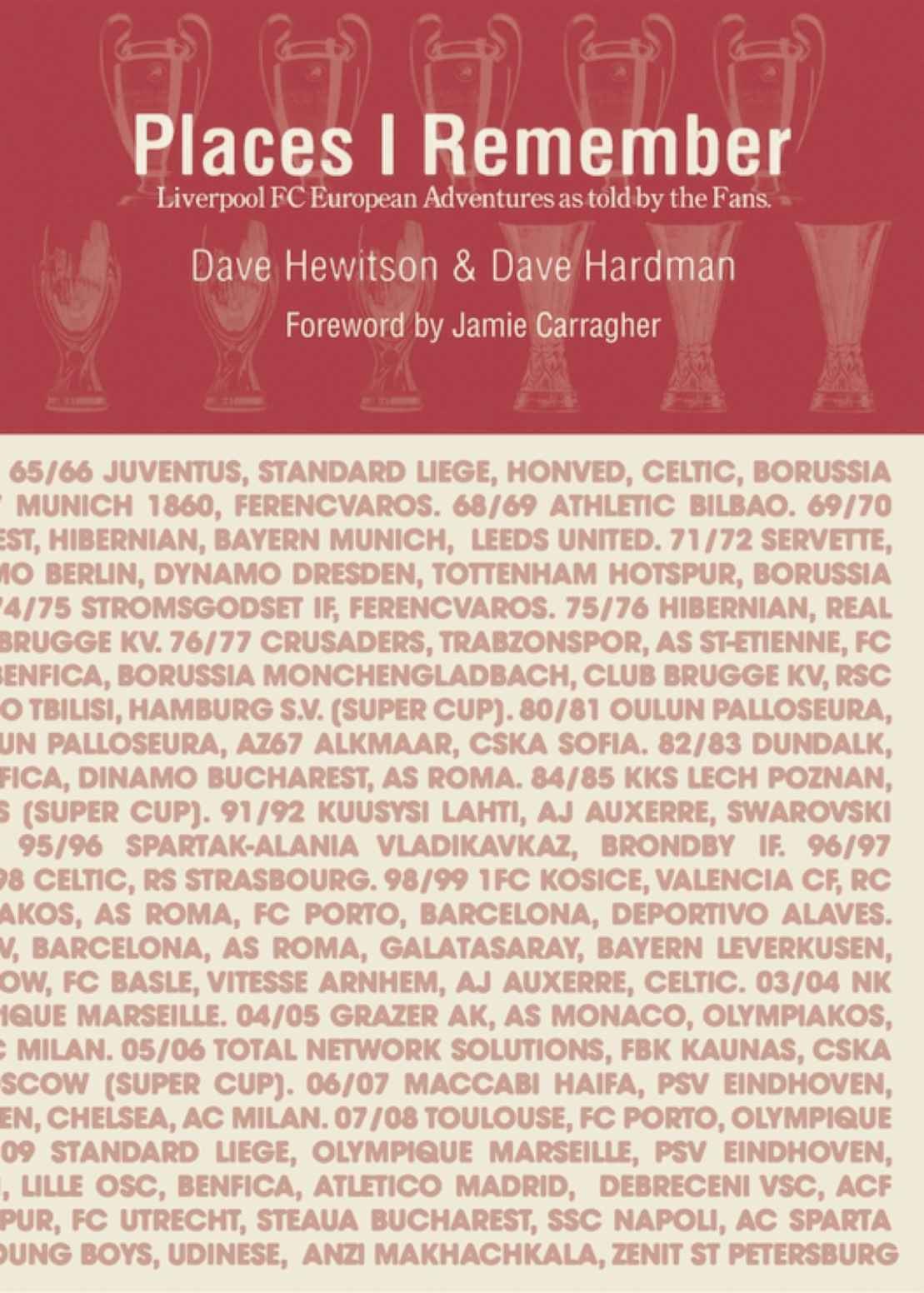 Half a century has elapsed since Liverpool Football Club played its first competitive match on the continent. Not as it happened on the European mainland but in the northern outpost of Iceland’s capital, Reykjavík. It was the start of an unbroken run of twenty-one seasons in which the club qualified for one of the three main competitions. Heysel in 1985 put an end to the club’s proud record and it would be six long years before UEFA re-admitted Liverpool to the European fold and a further decade would pass before the club could again see its name engraved on a European trophy.

L.F.C was not the first English club to participate in serious knock-out matches against clubs from other European countries. Nor was it the first English club to win a major European trophy. But its record in the last fifty years is second to none when it comes to British participation. Eight wins from eleven finals is a record that few European clubs can match, to which can be added three European Super Cups to make the figures even more impressive. Even in 1964 the club had a loyal and strong fan-base and many supporters were used to travelling, often in large numbers, to the club’s away matches in league and cup. Logistically Europe presented a quite different challenge to anyone who was interested but many intrepid fans were not put off by the large stretches of water that had to be crossed before reaching the country in which Liverpool’s first team was playing. A couple of north-west travel firms did arrange trips to some of the early matches but in many cases supporters simply made their own arrangements and only worried about niceties like match-tickets once they had arrived in the city in which the club was playing. Since the millennium (well, in reality probably more since Liverpool’s astonishing Champions League victory in 2005) the travelling red army has grown in numbers with the internet and mobile phones becoming essentials in arranging travel, accommodation and sometimes tickets.

The two Davids, Hewitson and Hardman, have accumulated dozens (probably hundreds in reality) of fans’ stories and sifted through them all before making their final selection. Possibly their ideal scenario was to get at least one story from every match. I have always maintained that at every football match played at a decent level anywhere in the world there will be at least one person supporting the visiting club. As someone who attended many of Liverpool’s away matches (both friendly and competitive) on the continent during the Nineteen-Seventies I know of one supporter who travelled on his own to Trabzonspor in 1976; and I know of another who as I far as I know was the only Liverpool supporter who travelled from our mainland to Red Star Belgrade in 1973 and Ferencvaros in 1974. Journeys of this distance (and more) are regularly undertaken now by the supporters who have grown up after the generation that was lucky enough to witness the golden age of the club’s domination of both the domestic and the European game (1973-1984). The trophies might not be collected with the same regularity they once were but the desire to be there and support the team seems to be just as big if not bigger than the few hardy souls who made their maiden flight from Scotland to Iceland in August 1964. Storyteller Alan Brown’s admission that he and his travelling companions “thought the place would be full of Eskimos” might raise a chuckle today but at the time few Britons ever left these shores for any reason and certainly not to go and watch a football match in another country. In the days before package-tours became common it was most unusual for groups of men to travel together for any journey that would need a passport!

But travel they did and in increasing numbers until the Holy Grail of the European Champions’ Cup was secured on a memorable Italian evening at which an estimated 26,000 Liverpool supporters were present. The Romans were effusive hosts in 1977 but not seven years later when the same trophy would be won by the English club in the same stadium but in front of considerably less visiting supporters, many of whom were possibly fearing the hostility but not expecting the brutality of the locals that erupted in the aftermath of Liverpool’s victory on penalties. A year later more hostility between rival fans resulted in thirty-nine deaths with the finger of guilt being pointed firmly in Liverpool’s direction. There is a lengthy report in this book of one man’s memories of the 1984 final but surprisingly the only reference to the 1985 final is a page showing the date, the occasion, the result and the names of the dead. Considering how carefully the editorial duo have been to include stories of trips to ‘ordinary’ European aways it is very surprising that there isn’t even a single paragraph recording anyone’s visit to Brussels for the final of 1985.

The small group that travelled to Iceland in 1964 are now in their 70s and 80s, those that are still alive I mean. Nobody knew then what it what lead to today with hundreds of supporters in different places waiting eagerly for each European draw and hoping to get in before the crowd when it comes to booking flights and accommodation before the prices inevitably go up.  The early pioneers might not have had to walk around with a telephone in their pocket all day long but they still had to plan carefully to make their trips a success, whether they were going on an official trip or just travelling independently. From the first European away in Reykjavik in 1964 to the last (the last covered in this book anyway) in Saint Petersburg in 2013 this is the story of the supporters young and not so young who would leave no stone unturned in their bid to reach even the furthest outpost of Europe in which the club they supported was playing.

A Kindle version of this evocative book can be ordered from Amazon. It is also currently available from the Hillsborough Justice Shop in Walton Breck Road almost directly opposite The Albert public-house by the Anfield stadium and the Hat-Scarf-Or-A-Badge shop close to the Flat Iron public-house which is situated where Walton Breck Road joins Anfield Road.