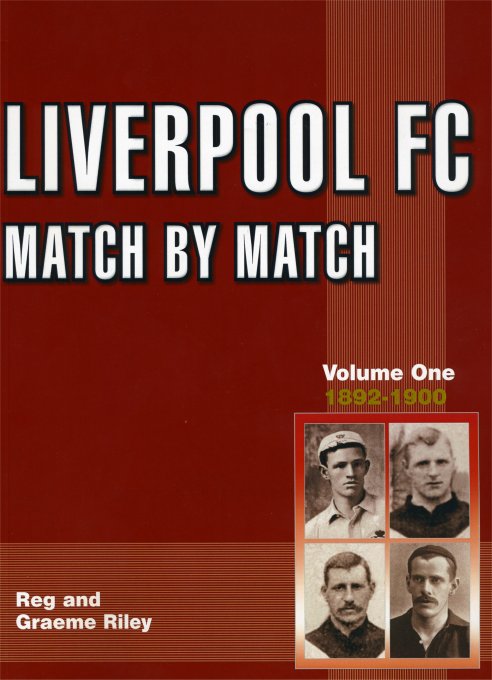 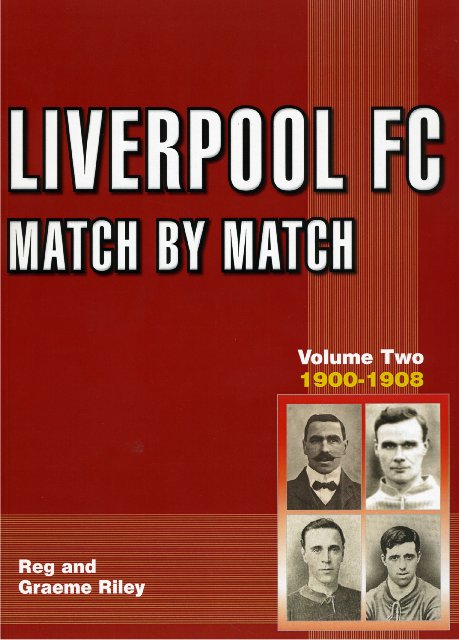 
The birth of the internet is one reason why there has been a surge in interest about a football club’s early days with today’s supporters keen to learn more about how a club was founded and how it progressed against the older and more established clubs of the time. In the case of Liverpool Football Club’s distant past, there has been a plethora of literature published since the millennium, including Peter Lupson’s “Across The Park”, Kjell Hanssen’s “Dicky Sams” and Alan Wilson’s “Team Of All The Macs”.

Most Liverpool supporters know something about the club’s formation in the aftermath of an acrimonious split between John Houlding and Anfield’s previous tenants, Everton. Much of what was for a long time shrouded in mystery has now been made available through different publications. So the historical facts are now much better known. But the exact details of the matches themselves were not, although that has now been rectified thanks to the diligent and painstaking research carried out by father-and-son team Reg and Graeme Riley.

Brian Pead was the original pioneer of L.F.C. facts and figures with his 1986 “Complete Record” book, which was updated and reprinted in both 1988 and 1990. But all that gave readers was the when but not the why, not the intricate details of the match. Yes, famous matches in the club’s history have been written about countless times. But never before the minutiae of the mundane which, if we are honest, is what most football matches end up as.

Sure, going into such detail will not appeal to every Liverpool supporter, most of whom are only concerned about what happens next not what happened first. The further you go back in time, the harder it is to get indisputable verification of what actually happened. Reg and Graeme have pored over countless documents to piece it all together. Not only have they done that, they have modernised what they found, re-writing each report in a language that is easy to understand. Sports journalists of the past tended to use flowery, old-fashioned words that have no place in modern literature. We want to read about goalkeepers not custodians, a football not a leather, a goal not a point. Late-19th and early-20th century reports have been carefully reworded to erase such antiquated words and phrases. Match by Match is not a story in the true sense of the word. But each match is a story on its own and means that any match played during the period covered by each book can be instantly checked, not just about what happened during the match itself but how each result affected the league table and what else was going on in and around the club at the time. Every written reference to a goal has the scorer underlined, thereby making it very easy to check on the sequence of events for any given match.

Don’t expect a story with a plot. This isn’t a biography of anything or anyone. But for the enthusiast, for the committed supporter and for the statistician, what the Rileys have done is invaluable because they bring each match to life in a quite vivid way. Each match becomes a story in itself. These are more research-books than reading-books. But, as the Publisher puts it, this is “a new authoritative account of Liverpool FC’s games”. It is nearly thirty years since Brian Pead’s “Complete Record” was published. But no publication since then has ever covered so comprehensively the events that made up a football club’s early years; and for that Reg and Graeme Riley deserve not only thanks but the highest praise.

Volumes One and Two are available from SoccerData Publications, who can be contacted by email at [email protected] or through their website. SoccerData’s Tony Brown recognises that these tomes come under a Reference Library category rather than a Club History category. But LFC Match by Match certainly comes into a Unique category, in that never before have the early years of the club’s history been covered in such a comprehensive way. These remarkable volumes are not cheap but the price has to reflect the amount of work that has gone into them and is in reality little more than the cost of a new hardbacked book.